I'm designing a 3d print model of a ring that you can wear, but the outer surface of the ring can be dialed like a watch bezel. Check this video to see how the bezel moves in grades so it stops on every minute.

I started a draft model as you see in this picture: 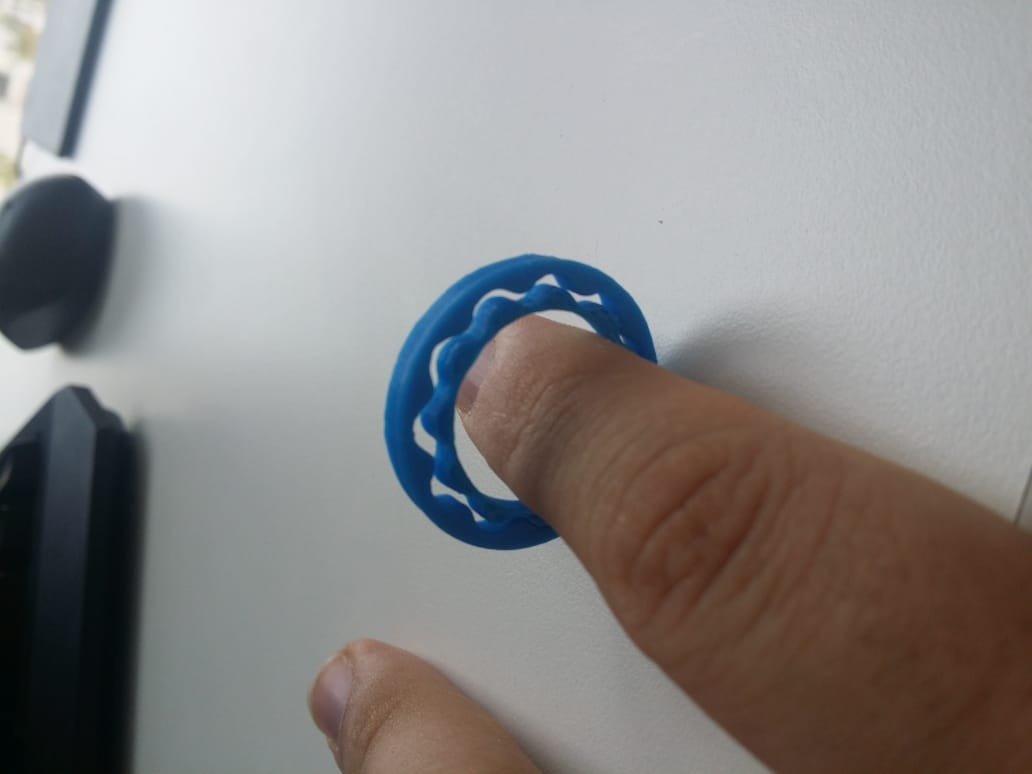 Those are the inner parts of the ring, but it doesn't seem to work as I expect because the inner gear is a bit loose and also hard to rotate because of friction.

What I'm looking for, is the name of this mechanism (if it is known) or a link to a reference that explains such thing or even similar ready schematic that I can copy.

PS: I found similar ring but I don't know how it works 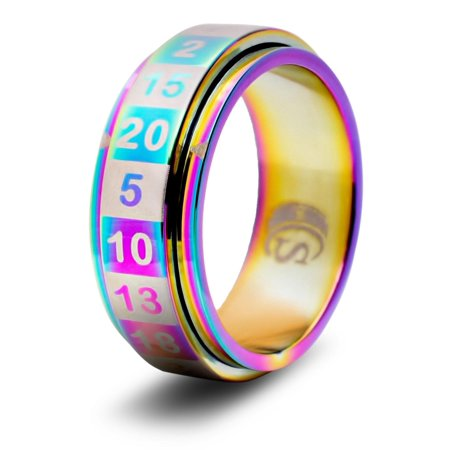 Reviewing the question and the video leads me to believe that I erred in my answer below. The photo of the cycloid gear threw me off in that direction.

I think the original question is answered by a detent mechanism, not a cycloid gear mechanism.

When one wishes to provide stops for rotation, a detent system is implemented. This can be as simple as a spring-loaded lever which engages a set of teeth on the gear, or can be more complex and more efficient by using a spring-loaded ball bearing engaging matching holes in the outer mechanism.

Many common devices use a detent system. Consider when a knob is rotated and clicks are felt. Within the control would be at least one ball and spring and a number of holes to accept the ball, around the rim.

It appears that the mechanism you seek may be known as a cycloid gear or cycloidal drive. The returns from my search using the first term add a line or two referencing the use of the device in clocks. I've noted that this device/mechanism has more parts than shown in your photo and as such, may require adaptation for your purposes.

I've found in the past that this device is also used for pumping fluids (air/water/etc) as the volume between lobes varies appropriately during rotation. 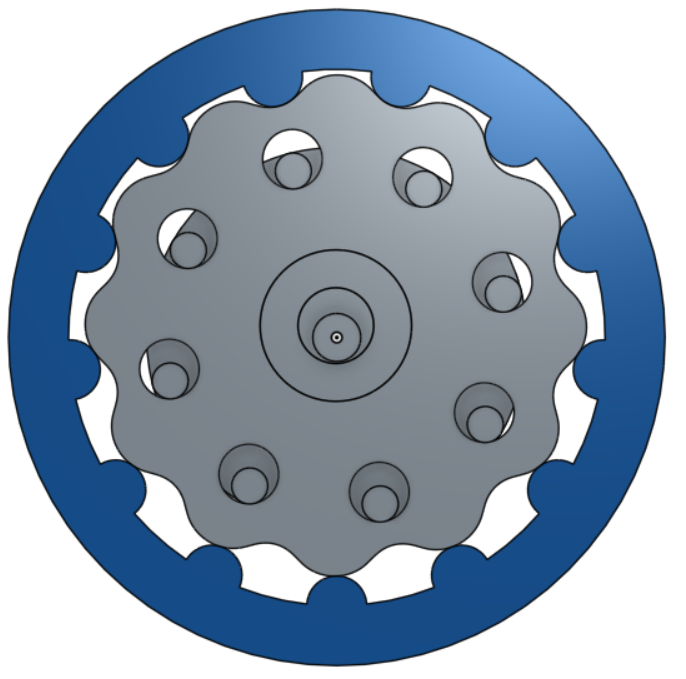 9
Mechanism of gear rotation
1
Gear Locking Mechanism
6
How would you mechanically model an Earth-Moon like orbit?
1
Time duration for a mechanical wind up mechanism?
0
air-dropping actuator for a small drone
1
Sizing a motor for a floor jack-like mechanism
1
Calculating and Designing a Ring Gear for LEGO
2
How are planetary gearboxes held together?