I am a relatively recent BSME graduate working on reproducing the results of a technical paper to strengthen my ANSYS CFX skills. The paper is "Effect of Section Thickness and Trailing Edge Radius on the Performance of NACA-65 Series Compressor Blades in Cascades at Low Speeds" by Herrig, Emery, and Erwin. My goal is to reproduce pressure coefficient vs axial chord plots for one of the test cases using ANSYS CFX.

Problem Statement/Givens from Paper: The test was performed in a low-speed porous wall wind tunnel with an air average inlet speed of 95 ft/s. The particular airfoil geometry I am examining is an NACA 65-(12)12 (5 inch chord) at an angle of attack of 23.5 degrees with a solidity of 1.5. I made some assumptions not stated in the paper for my CFX model. I applied a free slip wall in place of the porous walls to capture the effect of boundary layer shedding. I also assumed the outlet static pressure was 1 atm and the inlet temperature is 15C. All other solid surfaces are applied as adiabatic walls with a no-slip condition. I am using the default k-epsilon turbulence model, isothermal heat transfer, and neglecting buoyancy effects. The pressure coefficient is to be determined along a mid-span plane on the surface of an airfoil far from the end walls (the third airfoil of the 5 I put in my cascade model). 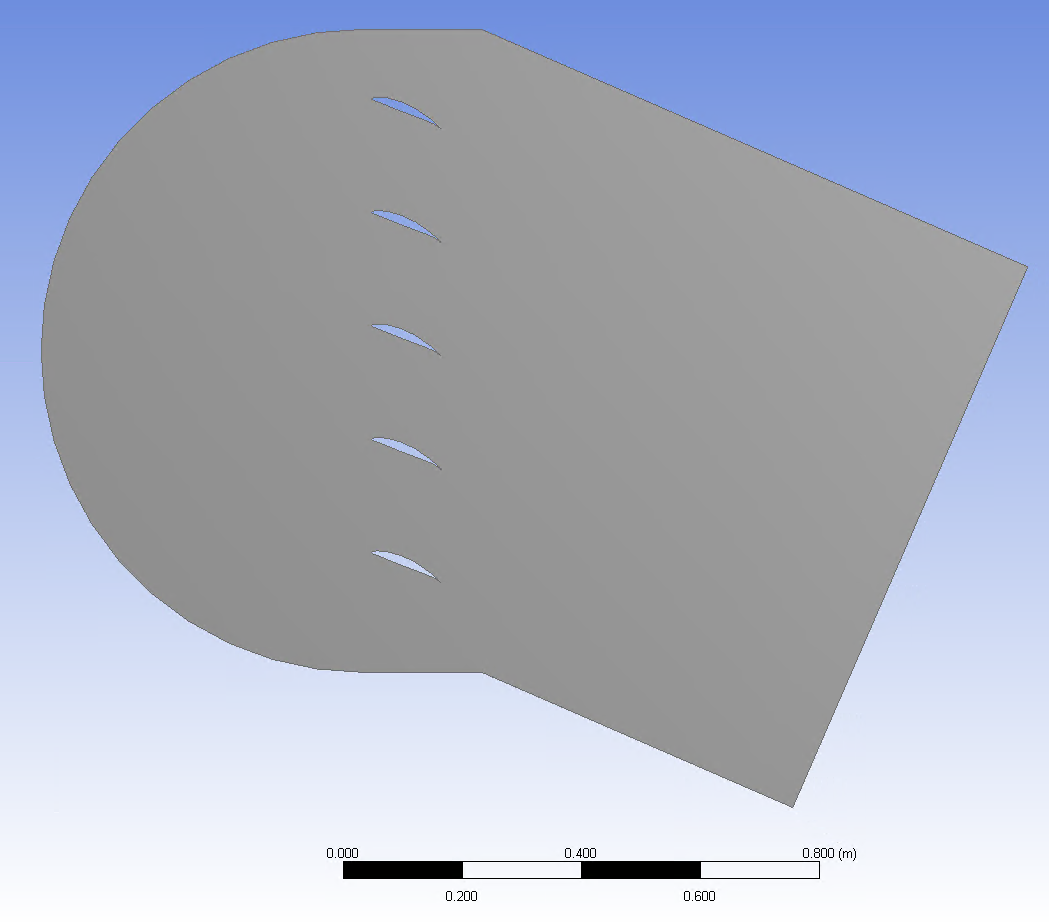 My Attempt at a Solution: I created a polyline at the intersection of the center blade surface and the mid-span plane. I wrote expressions in CFX Post to determine the area-averaged density, inlet velocity (although this is redundant), and static pressure. Then, I created a new variable to calculate the pressure coefficient. The calculation being performed is (P_static_local-P_static_inlet)/(1/2*rho_static_inlet*velocity_inlet^2). I've attached the results from the paper and my produced results. My trend seems to be mostly correct (save the waviness from producing the airfoil profile myself), however, the problem of the y-axis scale still remains. 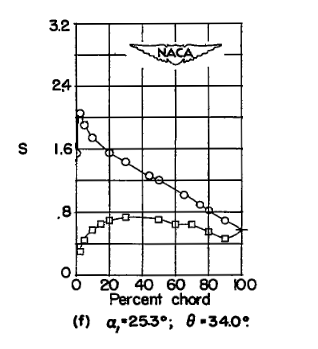 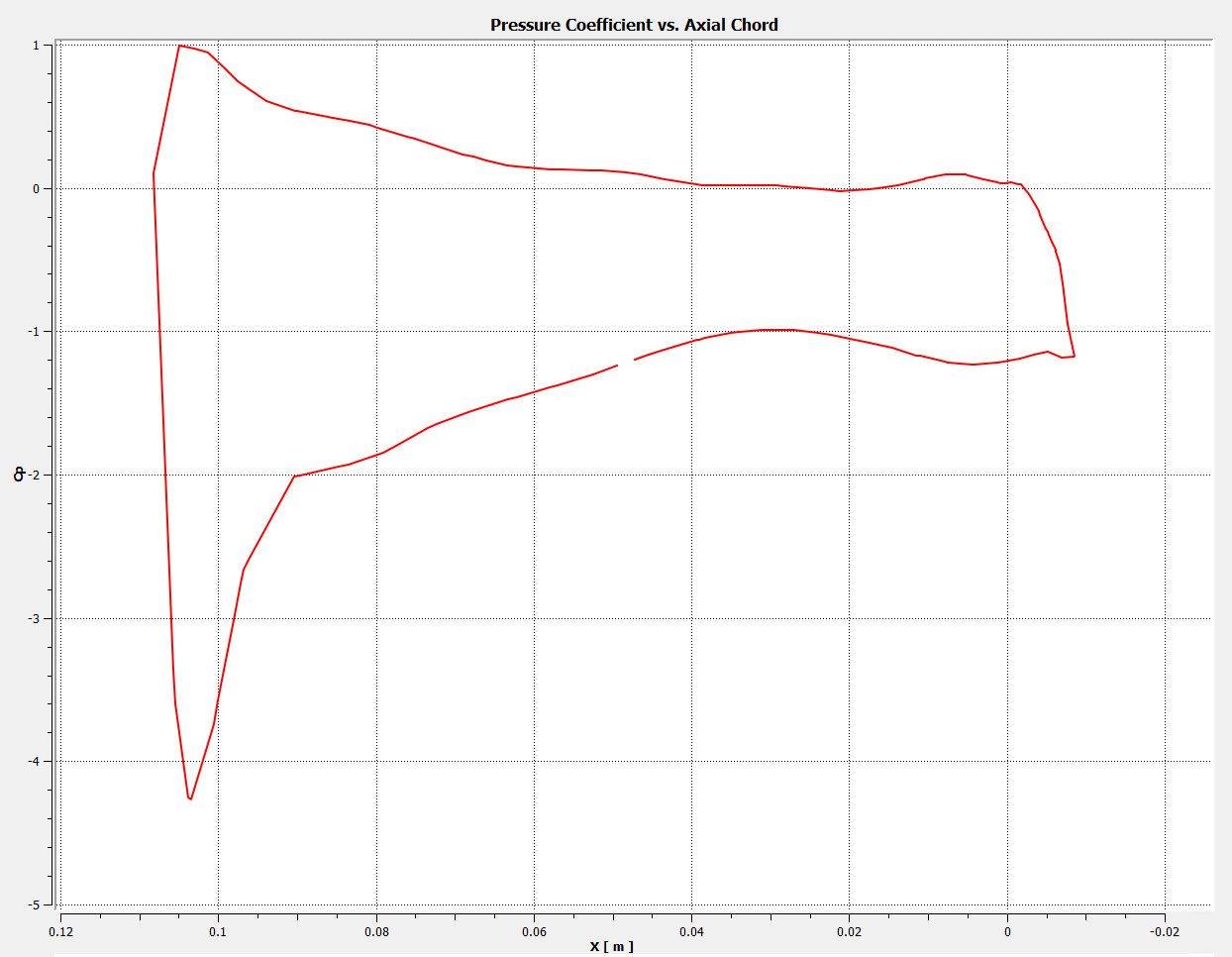 . To complicate things further, the definition of the pressure coefficient they provide in the paper uses a local total pressure instead of a local static pressure, which changes the shape of the plot completely. 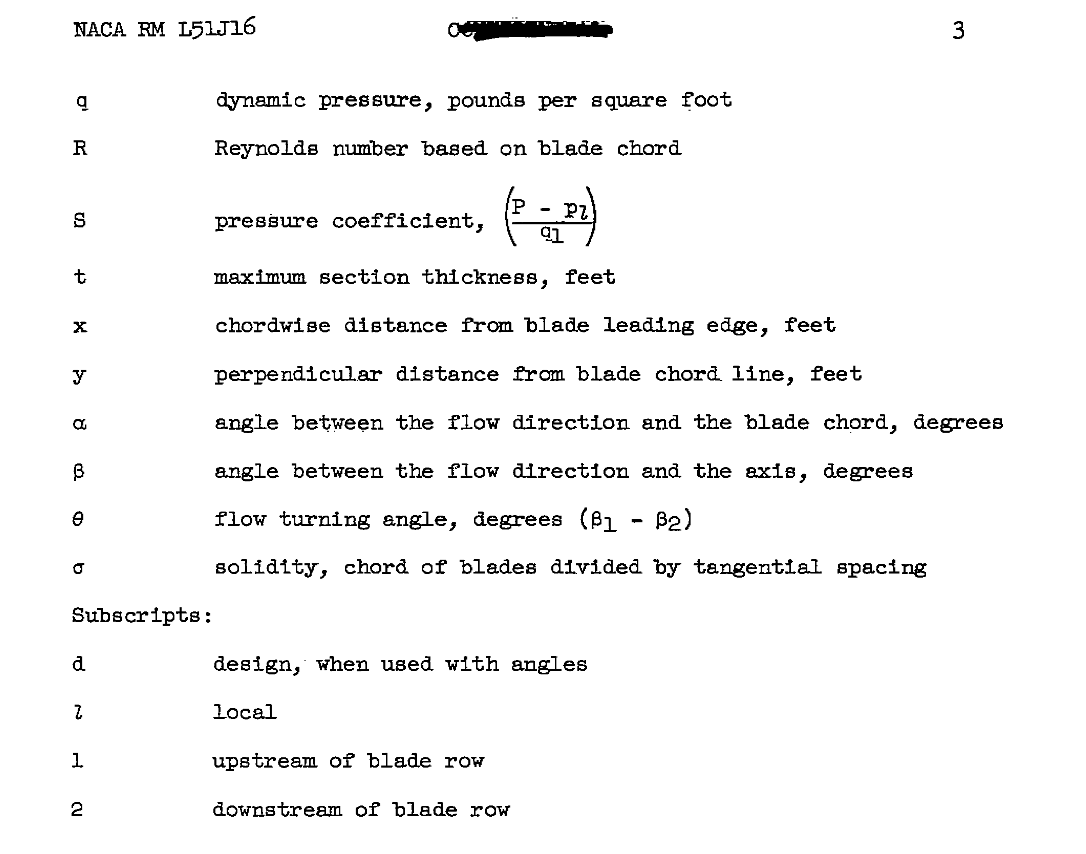 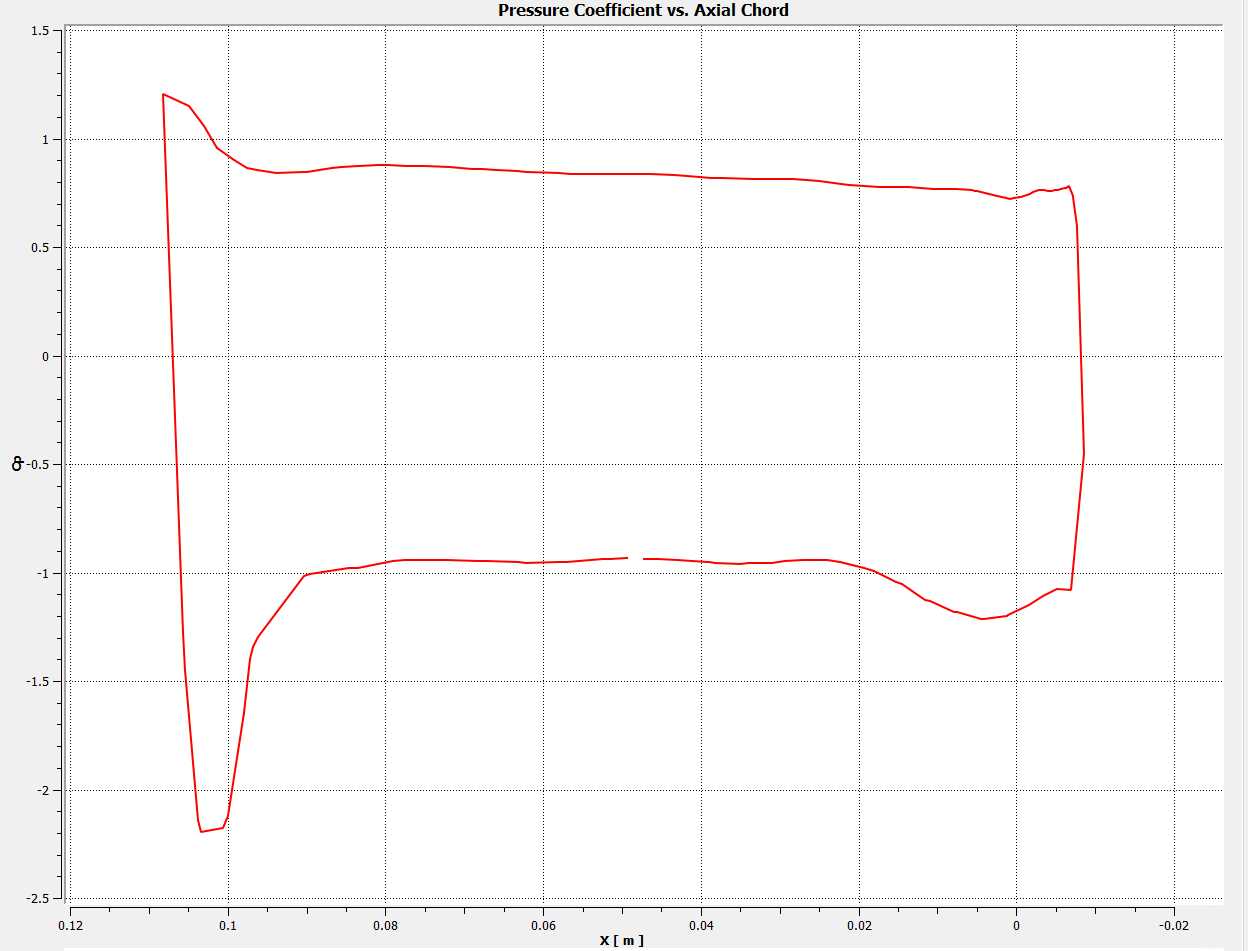 Does anyone know of a standard used to adjust the minimum pressure coefficient to 0? This is the only sort of logical explanation I can conjure at the moment. Of course, if anyone sees any glaring errors in my methodology please comment and let me know.

Thanks for your time

In the report $P$ is the total pressure and $p$ is the static pressure. See the page in the report before the one you attached in the OP.

With that definition, $S$ will be zero at the stagnation point near the leading edge of the airfoil, and $S$ will always be positive, as in their plots.

The "calculation being performed" that you give for the pressure coefficient in the OP using two static pressures is not the same as the paper's definition.

Not the answer you're looking for? Browse other questions tagged fluid-mechanics aerospace-engineering aerodynamics cfd or ask your own question.

4
Perfectly aerodynamic kitchen range hood
6
efficiency and flow separation
2
Pressure coefficient over a cylinder without using potential flow equations
6
Do all airfoils have a lift curve slope of $2\pi$?
1
Normal Shockwaves occurrence at cone tip with Angle Theta
2
Why is it when taking the moment coefficient relative to c.o.p., the weight is ignored?
1
Why does flow separation cause stall when it creates a low pressure zone?
1
Is air density calculated using Total Pressure (Dynamic and Ambient) or just Ambient?