Could boiling water inside a semi-enclosed pipe be a low-cost method for a silent marine propulsion system? (redesigned)

I am wondering if boiling water that is trapped inside of a semi-enclosed pipe would be a low-cost method of creating an underwater thruster that would function as a silent marine propulsion system. 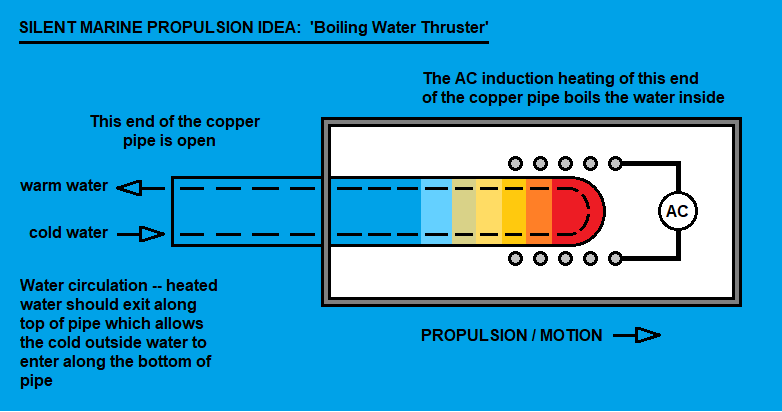 The AC induction heating element would be turned on and would remain on so that it would continually boil the water. This will cause the water pressure (psi) inside the pipe to be higher that the ambient water pressure outside of the pipe/thruster and this imbalance should cause the thruster to move forward as indicated on the drawing. This thruster could be mounted externally to a ship or submarine's hull or it could be installed internally in the stern area of either vessel.

Could boiling water inside a semi-enclosed pipe be a low-cost method for a silent marine propulsion system?

Based on the answers and comments I have received to original design above, I have redesigned this 'Boiling Water Thruster', shown in the new drawing below: 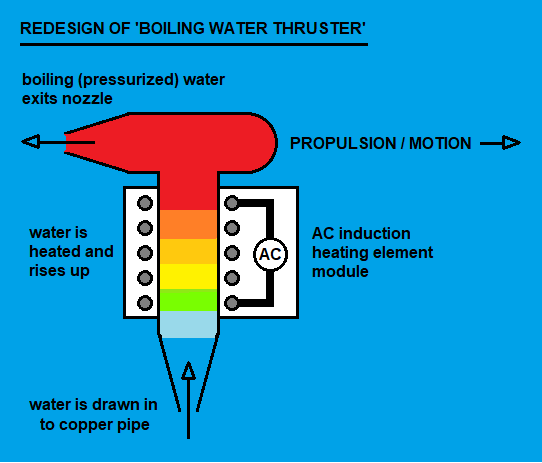 I believe this new underwater thruster design should provide silent propulsion for the ship/submarine, although the thrust would be low compared to propeller driven craft.

It can kinda work. Ish.

Your design is based, at its core, on the idea that warm water rises. Warm water only rises in cold water, so I am sceptical of the efficacy of simple thermal gradients. Nevertheless, bubble pumps have been in commercial use for many years, so if you get it just right I suppose it's possible.

However, you have some serious mass flow problems in your design. If I understand correctly, in your design you intend the flow path to be something like this: 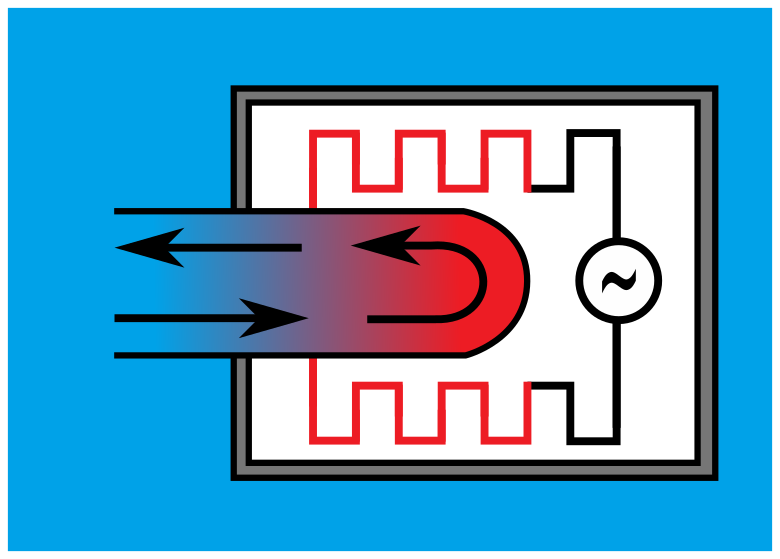 Now, this system is pretty hard to analyze simply. As the essential components are the pumping action and the flows, I think it will be easier to see on a simpler system that is effectively the same (the symbol is a generic pump): 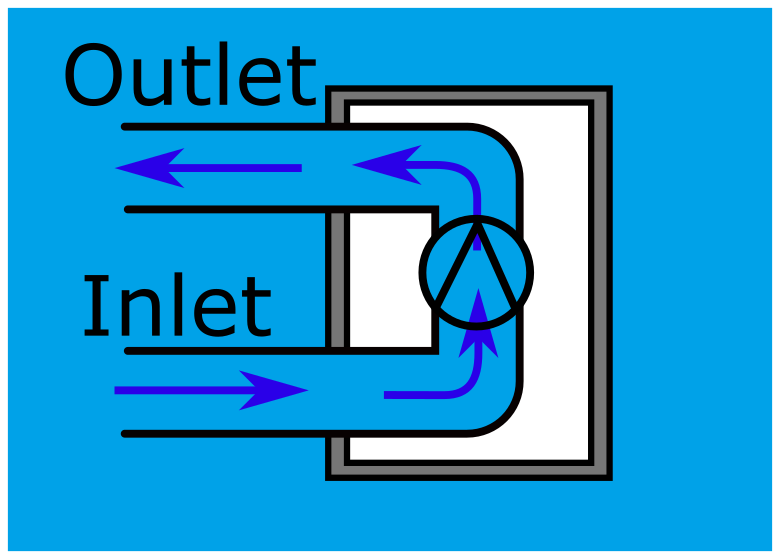 (let right be positive) I'm going to play a little loosy-goosy with mass and mass flow rate so as to not complicate the analysis with a whole lot of derivatives.

I assume you know that $F = ma$? In this system, there are two forces on the submarine: the force from sucking in the inlet water, which pushes to the left, and the force from pushing out the effluent water, which pushes to the right. Ok, so it is more useful to use the momentum forms of Newton's laws here: $$ F = \frac{dp}{dt}, \Delta p_{net} = 0$$

If we move back to your design, I can't see how you could possibly enforce that in a simple tube. The inlet and outlet streams are almost completely uncontrolled (they touch! you're going to have Rayleigh waves out the wazoo!) and while you could maybe do something (put a mesh to restrict flow on the bottom?) I can't see an efficient one.

Also, boiling is loud. Have you ever boiled a pot of water? It's certainly not silent. You would also need to get power from somewhere. If it's from a nuclear reactor (as you mention in a comment) those are also really loud.

If you're dead set on this bubble pump thing, I feel it would be much more feasible to simply put the inlet at the front: 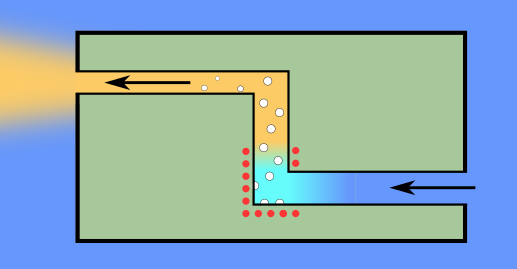 7
Traction mechanisms for a robot in confined spaces
10
What fundamentally distinguishes cavitation and boiling as different phenomena?
0
How can I determine pressure inside contained cylinder when heat is added?
5
Will this water jet propulsion system design produce any forward thrust?
0
Pneumatic-based, paddle wheel-type lifting apparatus for aircrafts
0
In a warmer/sunnier climate, window (or roller shutters) superior to curtains?