Designing a 1-button system allowing for a differentiated control of 2 different valves?

I'm in the processes of building something which requires I'll be able to control the independent opening/closure of two (small, ~10mm in diameter) different adjacent holes using one finger, and I'm trying to think of ways such a thing can be put together.

The movement required from the finger shouldn't be too convoluted, so my original vision involves having the two holes open when there's no pressure applied to the button, and then when the button is pressed half-way through it closes only one hole while when it's pressed all the way down it closes both holes.

The control in such a situation might be tough to perform with accuracy, so my other idea involves having the button's resting position rather at the middle of the available movement, allowing it to be moved up or down while the middle position leaves only one hole open, the upper position opens both and the lower position closes both (in this case the "button" won't be a button but rather a "cup" of sorts you can place your fingertip into).

The closed-open combination is unidirectional, so the possible closure patterns required are either both hole¹ and hole² open, hole¹ open and hole² closed, or both closed, but no requirement to have hole¹ closed while hole² is open. They should be able to close the holes against the air pressure of exhalation (or less actually as there would be ventilation elsewhere).

I think the hole-closing structure itself would involve padded surfaces dropping onto each hole to cover it.

Any tips how could such a mechanism be built?

EDIT (additional info): I think some further clarification is required. The holes would be situated on a cylindrical surface. The controller should be placed at 90 degrees to the two holes (so it doesn't continue in the same line of direction), and the closing surfaces should open plenty so there's no obstruction in air flow, and possibly open to the side opposite the controller. Here's a rough sketch: 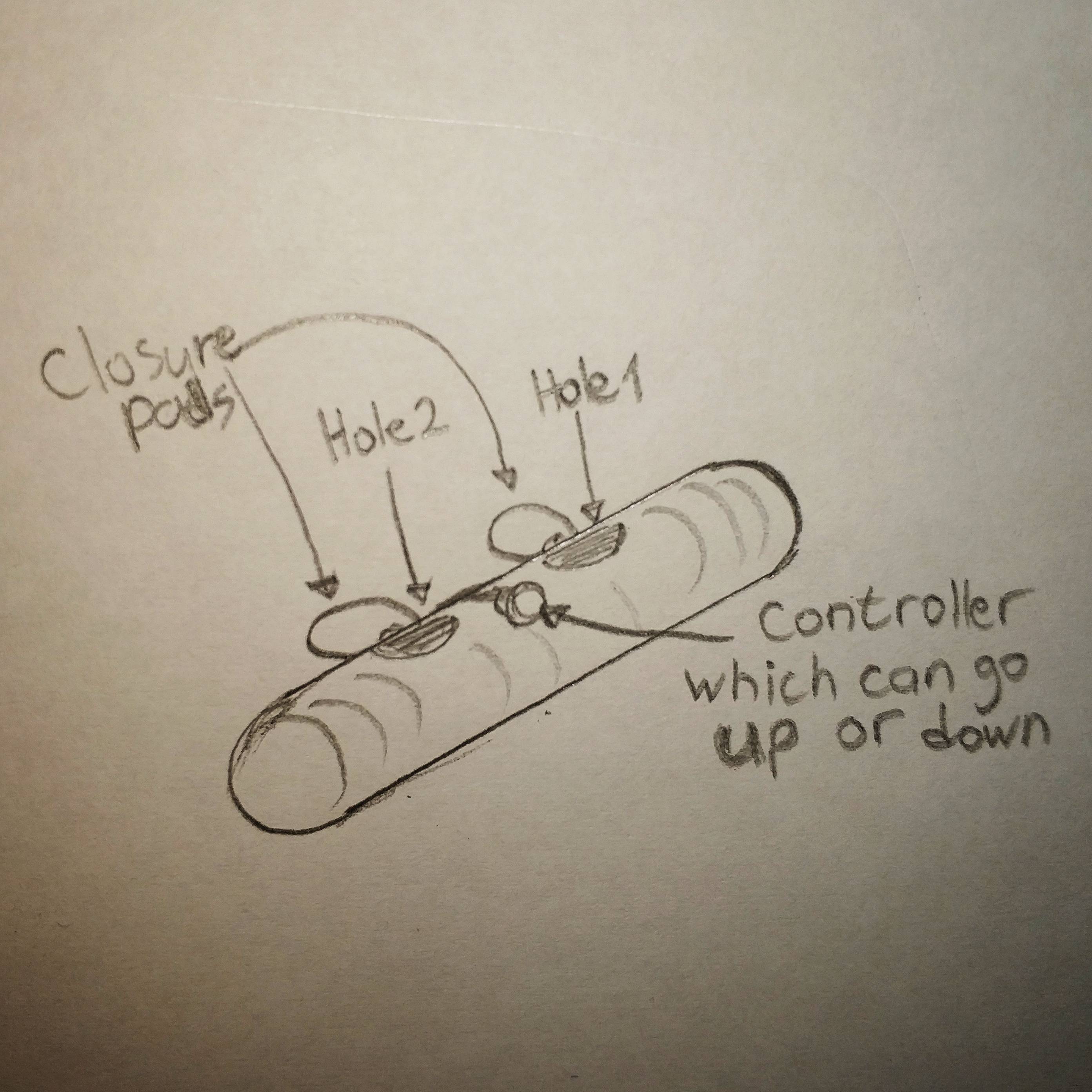 Obviously this is not an actual mechanical design, just guidance for the wanted form.

Similar mechanisms exist on some musical instruments (saxophone or flute). You have two small buttons attached to levers, button 1 closes hole one, button 2 closes hole 2. Both are adjactant, so the finger can easily slip from one to the other. To achieve your requirement, button 1 is equipped with a small cam that is also pushed by button 2 (but not vice versa).

Several ways of doing this: 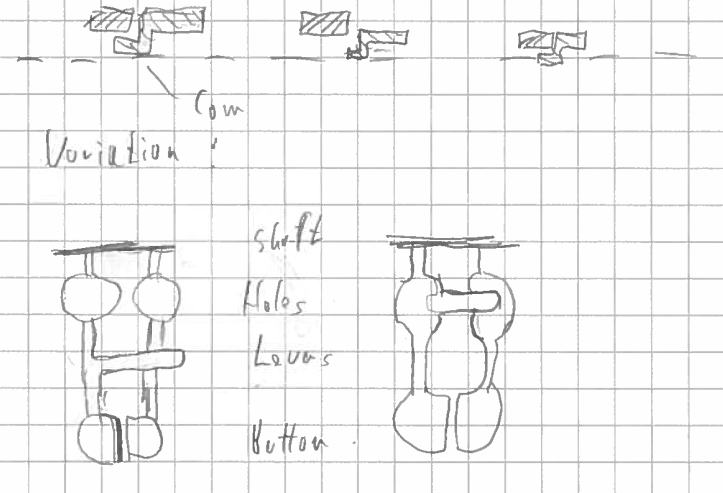 Either you add a small cam to the lower side of one button so the other button pushes that cam downward. Or you add a cam to the lever connecting the cup (the part covering the hole) to the button, so it pushes on the other lever. You can also add that cam to to the cup, so it acts on the other cup directly. These varaitions all achieve the same function: press on right button to close only one hole, press left button when closing both holes.

I'm pretty sure you'll find all three variations and then some on a concert flute or saxophone, but to be frank I'm to lazy to snap and post pictures right now.

Lets say we have the hole two 3cm on the left side of the hole one and both on the surface of the exhale chamber.

You can have a 10cm long lever, hinged on the left side of hole 2 and a few centimetre to the left of it, making it possible for the lever to swing up and down around the hinge. On this lever you secure two sealing caps at appropriate location wrt to the two holes.

This lever is attached on the other end to your finger cup which is secured in place by a simple spring and a guide groove with three positions.

The default position of the lever is when hole 1 is open. you could change the positions as it may work better for your task. The rubber sealers are flexible and compressible. 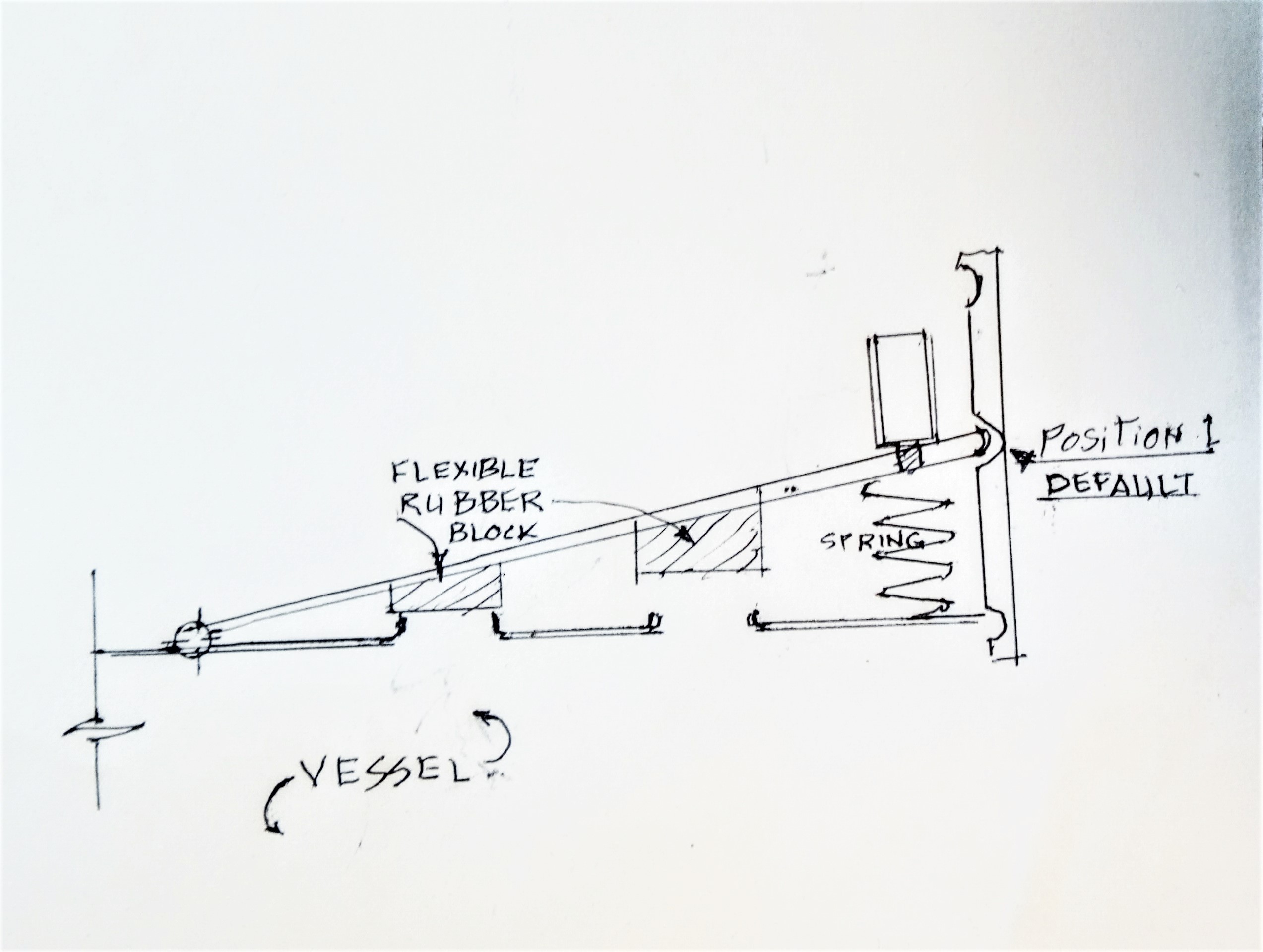