Can you convert a histogram of linear separation of lines into a distribution (histogram, PDF, PMF) of their lengths? 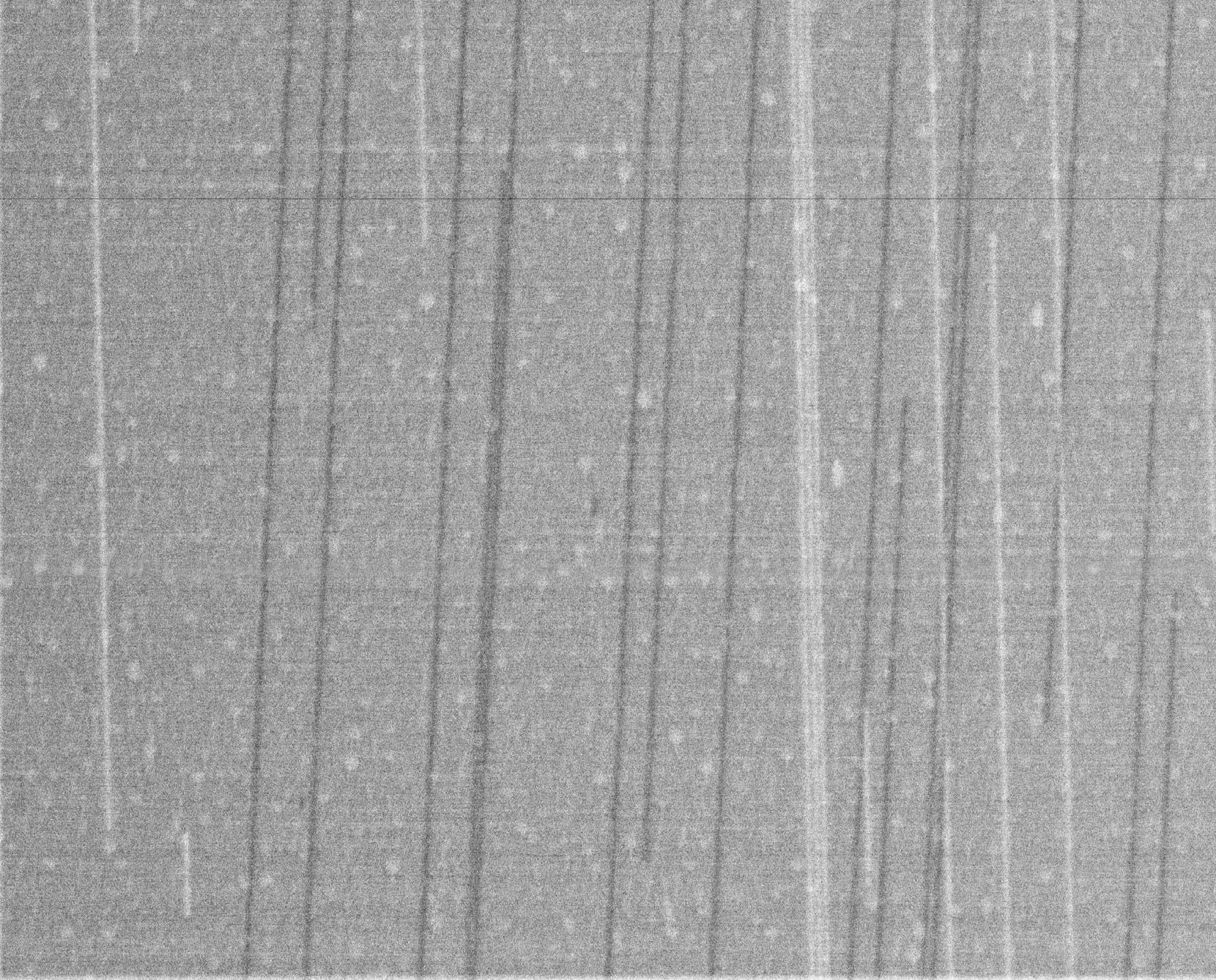 What I'm really after is a histogram of line lengths, but as can be seen from the above micrograph, most lines exit through the image area, making measuring a histogram of their lengths impossible. Also these lines are very long, and taking a much larger picture would reduce the ability to resolve closely spaced lines, and stitching together many pictures of this resolution is generally prohibitively time-consuming.

What can be measured easily is the spacing between lines (say, the black lines), and a histogram made from these. One could draw many perpendicular lines randomly through the lines, then measure the length between each intersection, for example. I think there should be a relationship between this line spacing distribution and the line length distribution, given that the lines are randomly placed and parallel.

Any ideas on how I could extract some kind of distribution of line lengths from a line separation histogram?

This is all my intuition, so I am asking if anyone has relevant know-how, or can point me in the right direction on how I may be able to, first show that this is possible, and second extract a line length distribution from some measurement(s). I may just post this in the math stack exchange

Browse other questions tagged statistics or ask your own question.

2
How do I update an individual control chart?
1
Moments of inertia, rods mechanism