Why is there still no truly omnidirectional treadmill? (technical reasons)

Disclaimer: I'm not a (device) engineer. I don't know the terminology. So I suppose some of my statements, questions or ideas could sound either naive or vague.

As far as I undestand, the most advanced (and publicly known) omnidirectional treadmill is the Infinadeck. But with current state of the progress on this treadmill, it's clearly not ready for a mass market. One of my biggest concerns is the shape of the treadmill: why don't the Infinadeck's engineers use a disk instead of a square?

I was thinking about possible implementation. I'm not sure how easy it would be to implement. Because, of course, the biggest issues are often related to implementation details. I would like to hear your thoughts about it. As well as some comments on Infinadeck's shape.

This description isn't touching the vector generation or movement initiation, it's just about directionality of the treadmill. 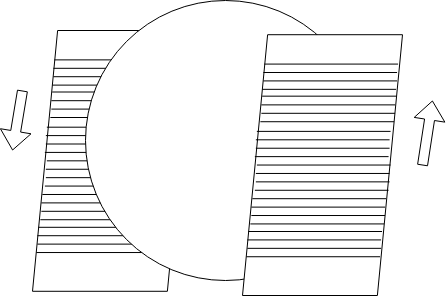 Figure 2. Single engine: the sphere and the conveyor parts. This figure doesn't show the spikes, though.

So the shape of the device is cylindrical. There are three major elements: shell, engines and platform.

UPD: The platform should be able to move in any direction at any moment (with reasonable latency, of course). And the vector is generated in real time by Neural Network watching the user of the treadmill. So the person just walks in random direction and the neural network instantly generates the vector, which is then translated into engines movement.

How far this concept from reality?

A disk shaped threadmill seems somewhat problematic from a technical perspective. Placement of actuators and moving of the surface material seems much more problematic in a disk than other shapes. Speed of actuators need to be nonuniform for one.

Tension on a disk seems like a unknown problem. On a disk the corners make up more of the area while in a square its uniform. Wether you can even roll such a surface at all without elevating the user quite much is a question i cant answer. In anycase a disk shaped structure needs to withstand much more two directional bending and nonuniform stretching.

But really many of the technical problems could be solved by adequate funding.

Not the answer you're looking for? Browse other questions tagged mechanical-engineering mechanisms mechanical or ask your own question.

0
Why is there reverse flow in Fluent?
3
Why are there so many types of screw head drives? Why aren't some strictly better than others?
0
Why are there rivets on the drum case of a band brake
3
Is there any reason why "inner-flange" style trains are almost universal?
2
How Infinadeck Omnidirectional Treadmill works