I want to derive a transfer function of my system so I can plug it into MATLAB and use the PID tuner tool.

My system is a balancing beam with a motor on each end of the beam.

My first principles calculations for this system:

Taking only the clockwise moment (at 0 degrees, equilibrium): 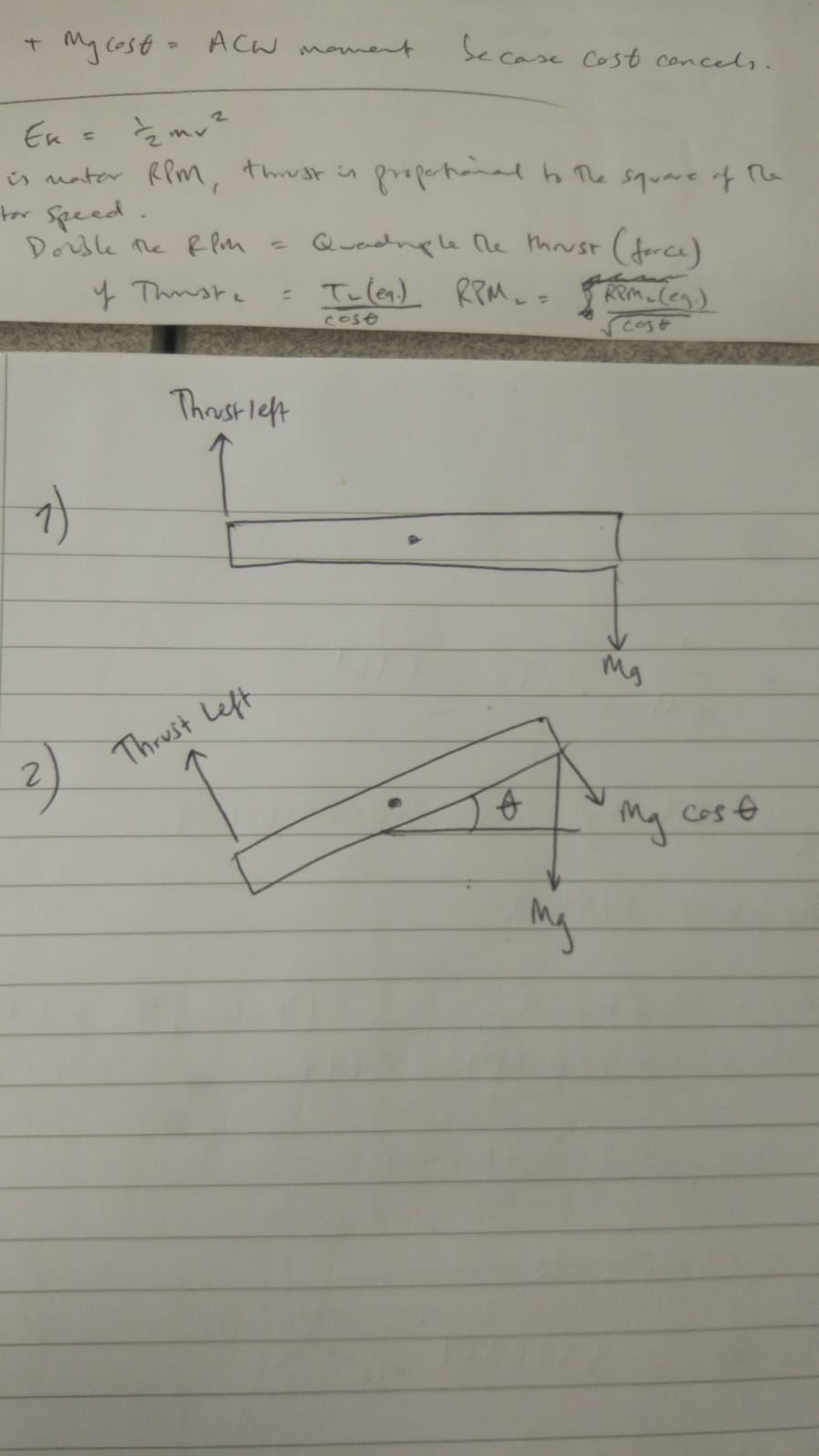 So the overall moment is decreased. In order to hold the beam at equilibrium (at any value of tilt), the ThrustLeft needs to be multiplied by $\dfrac{1}{\cos\theta}$.

Because thrust is proportional to the square of motor speed, the motor speed needs to be multiplied by:

Subsequently, the force required by ThrustLeft to maintain equilibrium at any angle is given by: 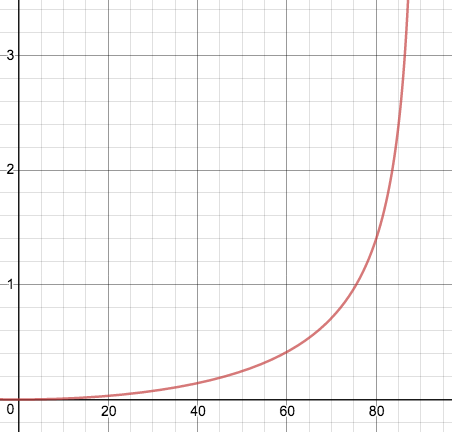 So the thrust required increases at an increasing rate as the angle of tilt increases.

If you're still with me, thanks very much. Subsequently, the tilt against time is the same as the graph above (albeit on a slightly different scale). The angle of tilt increases at an increasing rate over time.

I need to represent this as a transfer function! But my theory is poor.

where $f(t)$ is a function of tilt with respect to time.

5
Discontinuity in mechanism simulation: is the mechanism jammed or is my analysis wrong?
7
Force in a crank system
3
System model for motor controlled inverted pendulum with rotating motor body (used in camera stabilizer application)
6
How many states need to be measured for a reduced order observer?
0
Formula (or heuristic) for calculating force required for incremental change in angle of attack of an airfoil
0
Statics problem: Finding resultant force angle measured counterclockwise from positive x-axis
0
How to input amplitude on a second order transfer function?
5
I have a problem with my representation of roll in Simulink