FEA: What is the difference between a spider of RBE2s and multiple SPCs

I am not sure what the difference is between using a spider of RBE2s. and multiple SPCs across a face. I've heard that the spider is the more accurate method as multiple SPCs make the model overly stiff but I am not sure why. In this particular instance I am trying to model the shown face being thru-bolted to a much larger plate. I've included 2 images for further clarification of my definitions. 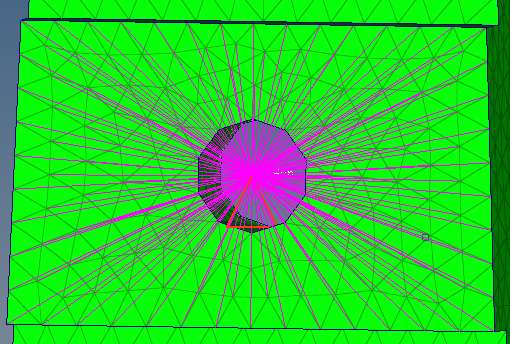 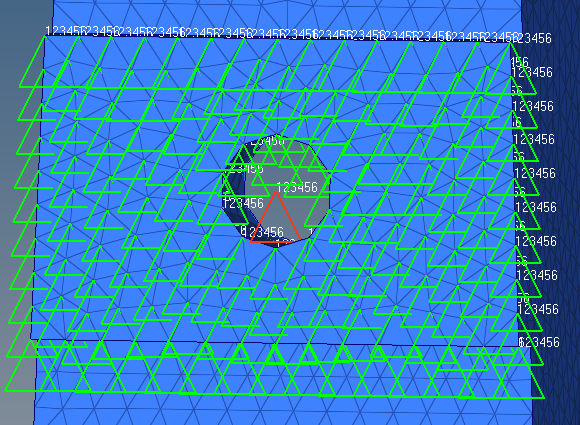 ... the spider is the more accurate method as multiple SPCs make the model overly stiff ...

That depends what you are trying to do. Remember that (1) the RBE2 does not have to connect to all 6 DOFs at the end of each "leg", and (2) not all 6 DOFs at the "independent" grid (GN in the documentation) have to be constrained.

If either of those conditions is relevant, the quote is likely to be true in the general situation, but there are many special cases where it makes no difference.

Even when it makes no difference, the RBE2 has the advantage that it automatically sums the reaction forces and moments over the face.

Since we don't know the physical situation you are trying to model, it's impossible to say which method will be "more accurate" for you.

If the elements in the model have rotation variables, what do to with them requires thought - for example if the face of the model is "rigidly constrained," and the surface is in the XY plane (for example,) do you want to constrain the XZ and YZ shear strains at the surface of the model, or not? If the answer is no, those shear components will give non-zero rotations in the .5 and .6 directions at the grid points.

Local coordinate systems in the model are another consideration. Note that an RBE2 can apply "constraints" at the ends of the leg which are not in the same direction as the local coordinates at the corresponding grid point. As before, that may be either a good or a bad feature, depending on what you want to do. (Be careful if your "constrained surface" is curved not flat, for example...)

Not the answer you're looking for? Browse other questions tagged structural-analysis finite-element-method modeling deflection or ask your own question.