I'm trying to develop a thermoelectric (Peltier tile-based) beverage cooling system. Ideally, I'd also like a device to solve the warm beer problem if the thermodynamics give me any confidence.

First, I'll detail my thought flow in the theory sense and then I'll get to my specific setup that I had in mind.

Obviously, if one immerses a 100 W, 10% efficient Peltier tile in a glass of water at 298 K (let's say, containing 10 mol exactly), if the container system is assumed to be adiabatic in nature, to drop the temperature to 274 K (roughly 35 °F) requires:

Then, since the efficiency gives the nominal "heat transfer" power to be 10 W:

So, the cooling would take about 30 minutes to chill the glass down, much more when you consider that a glass of water doesn't adhere closely to adiabatic behavior. 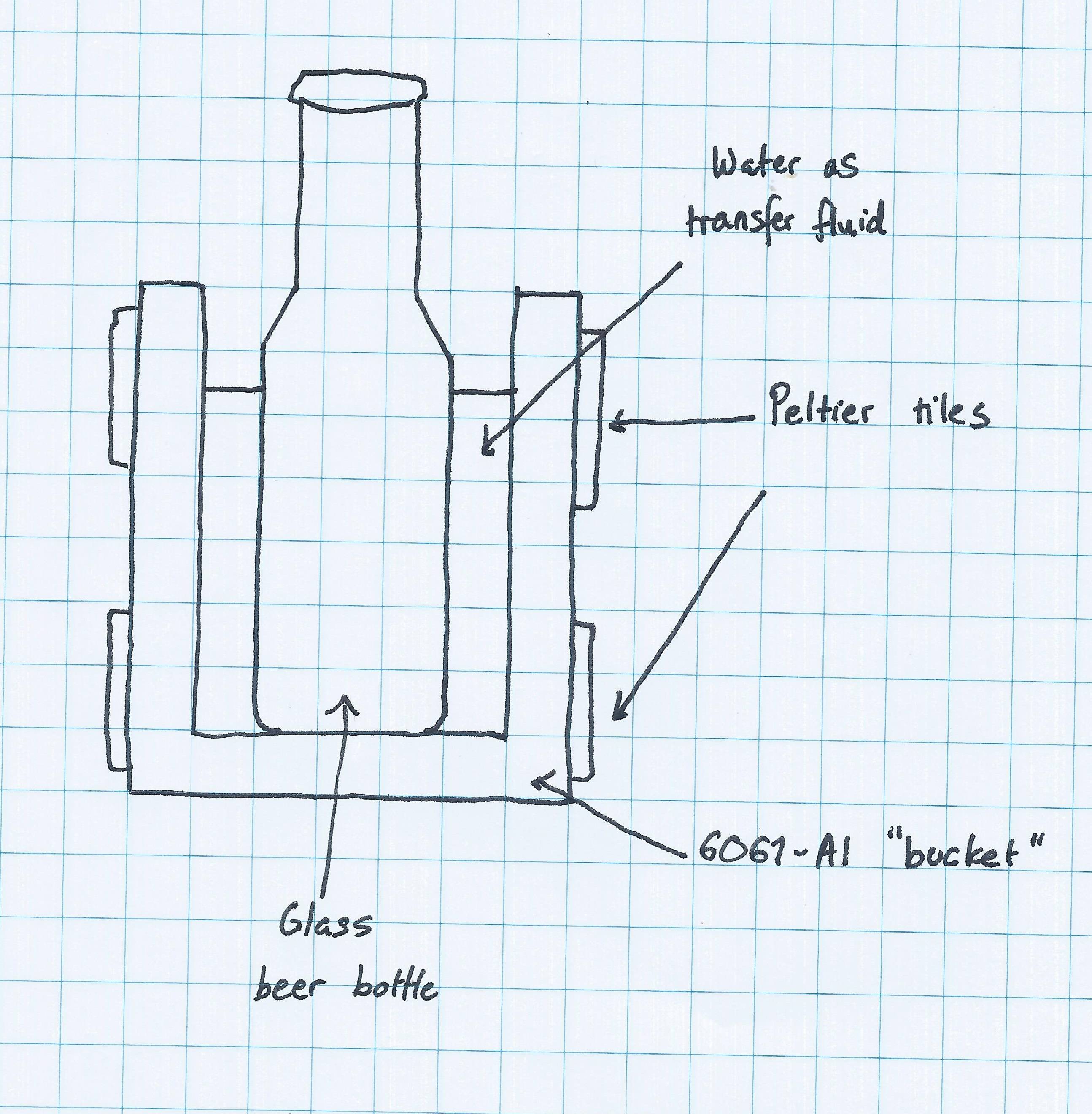 Now, obviously there are four sets of values to consider here:

My problem is how to model the system and get model calculations for the transfers between each step, so, for example, solving the equation so I know if I use a given cumulative wattage of Peltier tile, it'll reduce the temperature of the system by a given amount in a certain amount of time.

As before, I'm willing to concede, for the purposes of discussion, that this system can be assumed to be adiabatic with respect to the external environment; that is, no heat is absorbed from the environment during the cooling process.

*The heat is actually produced throughout the chip but it gets transferred out along with the other heat and the graph is compensated to account for this extra heat transfer, and only show the heat transferred away from the cool side.

Not the answer you're looking for? Browse other questions tagged mechanical-engineering thermodynamics heat-transfer or ask your own question.

4
Which correlation for heat exchange in a partially adiabatic channel?
6
Multiphase Flow - Energy Coupling Parameter
0
Peltier Calculation Conundrum
0
which type of casting will give higher cooling rate, casting in thin water-cooled copper mold or casting in thick copper die?
4
Time-rate of change of P and T in a pressurized rigid volume with a hole in it
1
Calculating final temperature of humid air and cool stone