Recently I had need to prove the beam deflection equation for a simple cantilever beam with a point load at the end. The equation would be in reference to the Euler-Bernoulli theory taught in most basic engineering undergraduate courses. The only caveat is to not use "I" at any point in the derivation, but rather use basic concepts of force, moment, and some conceptual ingenuity to build the equation. The derivation would be specifically to find the angle ($\theta$) that is the result of the intersection of lines projecting from the two beam faces post-deflection. Another starting assumption would be a rectangular beam face.

My problem is that every time I derive the equation, I come out 2x too large. My initial equation is as follows:

As you can see, I come up with an answer that is twice as large as (what I believe to be) the correct answer, and I can't seem to reconcile where I lost a 2.

My thought process behind the initial equation:

With all that said, I've racked my brain and can't seem to find the discrepancy. Hopefully it's not a stupid mistake.. Thanks!

Note: This is a X-Post from physics SE. 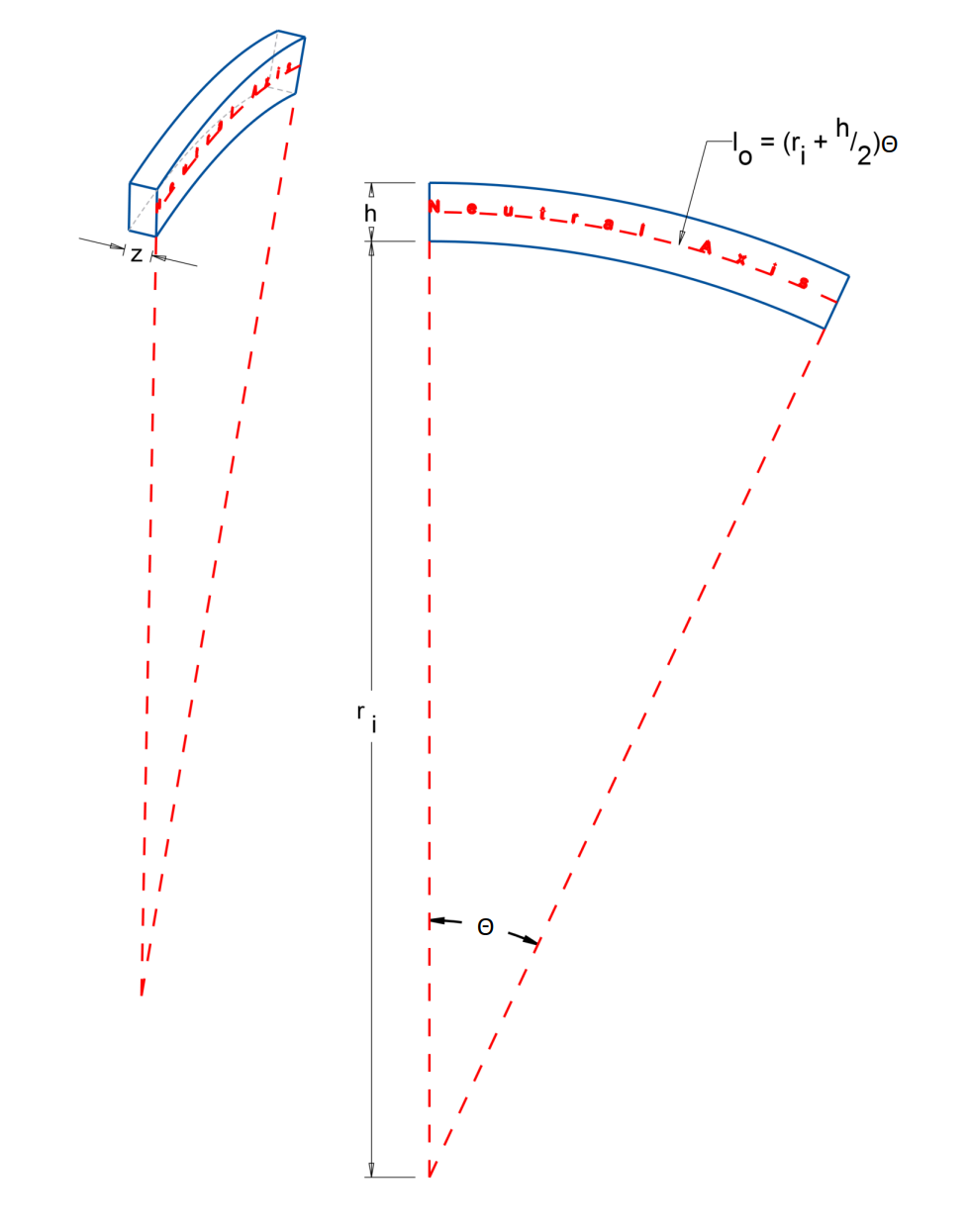 Browse other questions tagged statics beam deflection or ask your own question.

0
What is the formula for deflection of an end-loaded cantilever rod beam?
0
Simple beam with cantilever ends
0
simple supported Beam deflection question involving two point loads and a UDL
0
Maximum I-beam girder S12x31.8 span
8
Moment equation from dynamics differs with equations from physics & statics. Where did I go wrong?
0
How to calculate the force of a cantilever beam at a given point of deflection?
1
Finding Safety Factor for Plastic Snap Fit Cantilever
0
Slope of the Bending moment diagram where a point force acts