Can you use an electromagnet to break the connection of a permanent magnet?

At first, I had a particular goal, but I'm starting to doubt feasibility which has led me here.

Original Goal: Create a small (3in²) electromagnet with 100% duty cycle capable of holding at least 50lbs for 1-2 hours at a time.

I haven't fully killed this idea off, but I'm starting to think heat may be a significant issue here; so I'm considering a different approach.

New Question: Can I use a permanent magnet with holding force of +50lbs and use an electromagnet to disrupt the holding ability, which would then release it?

The idea here being that I could possibly use a magnet capable of holding hundreds of pounds, but it'd always be "on" so to speak. If my original electromagnet idea is plagued by heat problems; maybe I could leverage a powerful electromagnet at < 5s intervals to separate a metal object from a permanent magnet.

Does any of this make sense? Am I speaking jibberish? I'm not sure exactly which direction I can go, but my end goal is that I need to hold ~50lbs for 1-2 hours and then release it... with a magnet that won't become overwhelmingly hot.

These are called electropermanent magnets. 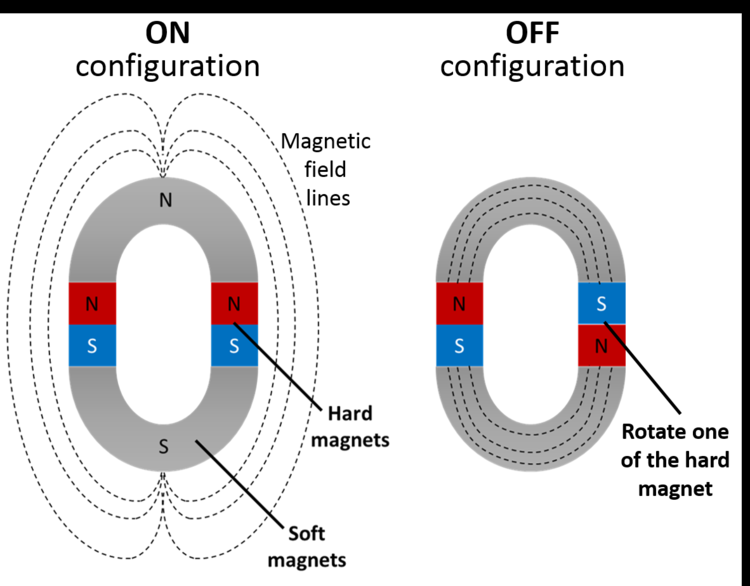 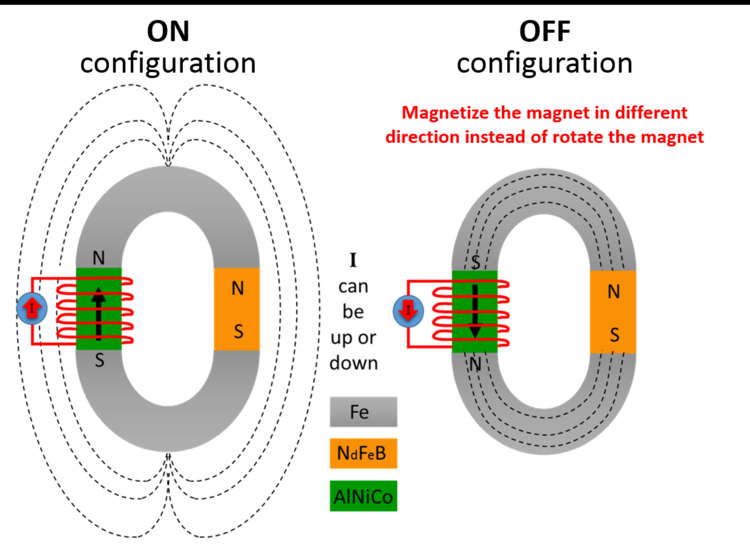 The control can either come from rotating one of the magnets, or by using a control coil. If the magnet is rotated this can change the state of the coil to whether current is needed for the magnet to be on with current or off with current.

Can I use a permanent magnet with holding force of +50lbs and use an electromagnet to disrupt the holding ability, which would then release it?

Yes, this would be possible, however, the current or coil size needed to generate an opposing field may be more than is acceptable for a design. Check the force for the coil that may be used in a design.

An electropermanent magnet exists in theory, but in practice hard to find.

To meet your goal of a 50 lb load without overheating if attached to some thermally conductive angle iron. It is cheap and easy to find, which may be better than a theoretical answer that has no cheap commercial solution.

Does any of this make sense? 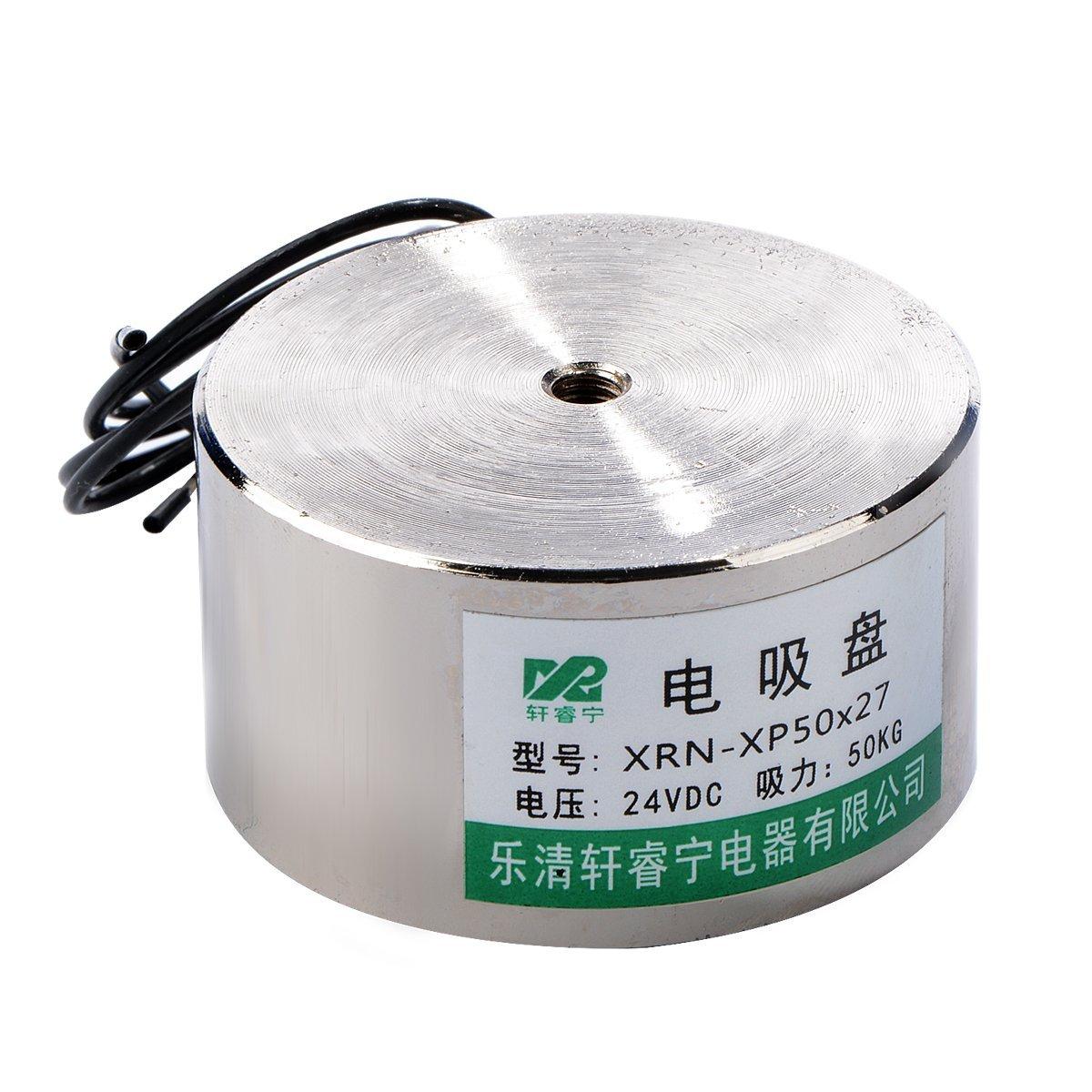 Not the answer you're looking for? Browse other questions tagged electrical-engineering electromagnetism magnets or ask your own question.

12
Can a magnetic lock be negated or overcome by a stronger electromagnet?