Please explain how the normal shear stress (shear stress normal to the cuve, C, defining the cross-section of a thin-walled beam) is zero. I have attached a screenshot from a book which says that the outer surfaces of the beam are stress free. This cannot be true except in very special cases. Right? 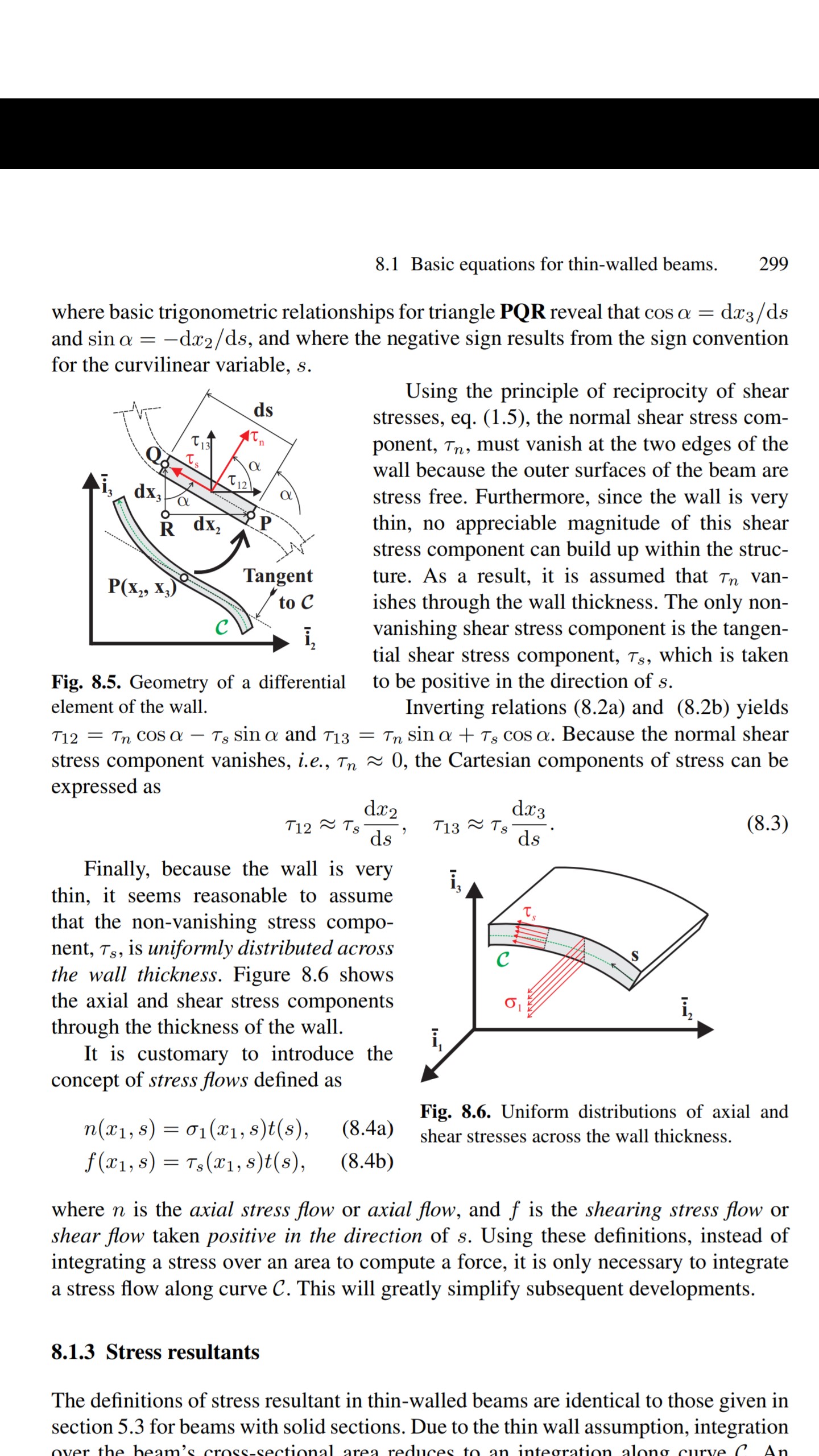 Now consider the following image. Here axis $1$ is the axial direction of the beam, and axes $2$ and $3$ define the cross-section of the beam. For the normal shear stress to be zero in the member $A$ of the cross-section, the shear stress $\sigma_{21}$ should be zero on the lateral face $1$ which is possible only if there is no axial force on the lateral face $1$. Am I right? 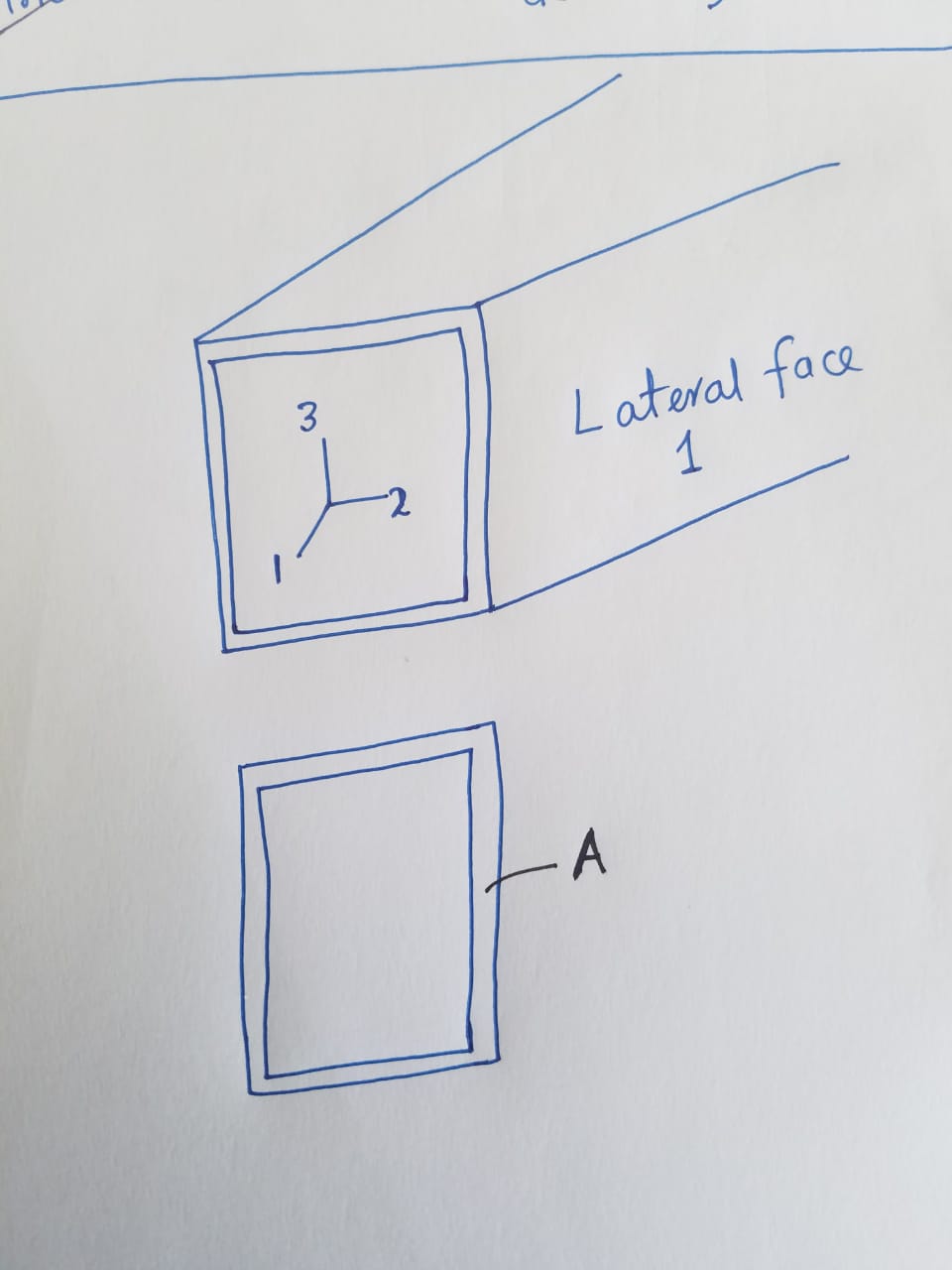 We don't know what equation 1.5 says in your book, but the statement "the outer surfaces are stress free" is nonsense, unless the book is only talking about some particular component of the stress.

The stress distribution on the outer surface of any component has to be in equilibrium with the external forces on that surface. That doesn't mean the stress must be zero. The simplest example I can think of is a rod under tension. The axial stress at the surface is the same as everywhere else in the rod.

In the diagram in the book, the stress component $\tau_n$ will be zero at the surface if there is no pressure load on the surface at that position along the beam. Otherwise, it will not be zero.

The book says it is assumed that "$\tau_n$ is zero through the wall thickness." That is an assumption, and it is only an approximation. In fact, for a uniform beam there is a parabolic variation of $\tau_n$ through the thickness. This can be ignored for a slender beam (which is thin relative to its length) because it is small compared with the other stress components, but it is not zero. For a thick beam, this shear stress component is included in the beam formulation.

1
Why can we ignore transverse shear stress in thin beams?