Rotate rack while keeping it engaged with gears

I am trying to design and construct a working replica aircraft instrument (a Horizontal Situation Indicator to be exact) but am facing a couple of issues. The first one can best be demonstrated with the below picture. 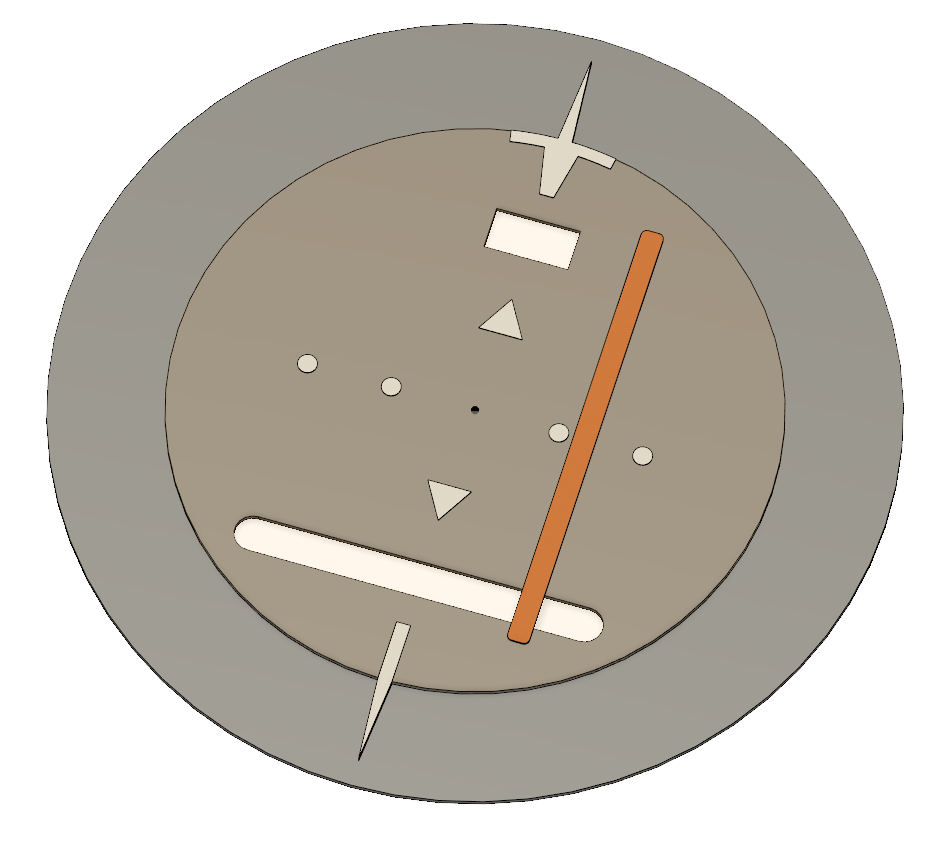 The inner disk (brown-ish, including the white markings) can rotate freely around a central axis. The orange bar is fixed to that disk, so it rotates with it. At the same time, the bar should be movable along the slot on the lower part, so with the disk orientation depicted in the picture it would be able to move left and right.

I thought the easiest way to move that bar is using a rack that moves left and right. However, I don't see a way to keep that rack coupled with its driving mechanics throughout the rotation. The goal is for it to be moved completely independently of the rotation.

The first solution that comes to mind is fixing the motor that moves the rack to the disk so it rotates with it and the coupling between the rack and its pinion remains stationary, but that comes with other drawbacks as I'd have to incorporate a slip ring for the wiring and have to deal with the extra torque that is required to rotate the disk to begin with.

Assuming you want to use this as a teaching model, because I don't know if they are certified, you can have the lateral deviation indicator's motor connected trough something like these 2-3 wire rotary connectors mounted on your vertical axis.

2
How to describe the rotation of opposite ends of a body due to an applied moment
0
How to move a thin metal piece with a tiny string or anything else?
3
Mass-Spring-Damper Dynamic System
2
How to make a cyclorotor?
0
convert rotational movement to linear in opposing directions using worm gear
3
What mechanism do I use for this pen-like design?
0
Master/Slave Gear Mechanism for Navball
0
Calculate forces/ torques on a parallel spring array