This is not very intuitive to me and I was hoping someone can explain.

In the general theory of 3D elasticity, there is no need for rotation variables.

However many engineering structures such as shells and beams have one or two dimensions that are small compared with the others. Representing the behaviour through the "thin" dimension as the difference between the translational displacements at the "top" and "bottom" surfaces is very badly conditioned numerically. To overcome that problem, the behaviour can represented approximately as the translation of the mid-plane (or more generally, the "neutral axis" of the object), and the slope (or rotation) of the cross section.

A simple example of this type of approximation is Euler-Bernouilli beam theory.

The formulation for shells and plates are similar in principle, but more complicated because the shell itself may be curved in one or both directions (e.g. part of a cylinder or a sphere).

The reaction "force" corresponding to a constrained rotation variable is a moment - i.e. the finite value of the product $Fd$ when two equal and opposite forces $F$ are separated by a distance $d$, in the limit as $F$ increases to infinity and $d$ decreases to zero.

These approximations are useful in most engineering situations because of St. Venant's principle, which says that the overall response of a structure does not depend on the exact details of how the loads are applied, so long as the different applied loads are statically equivalent.

Just answering the traction part of your question. A traction on the surface of a shell or beam that has a component tangent to the surface is equivalent to forces on the translational DOFs of the nodes plus moments on their rotational DOFs. 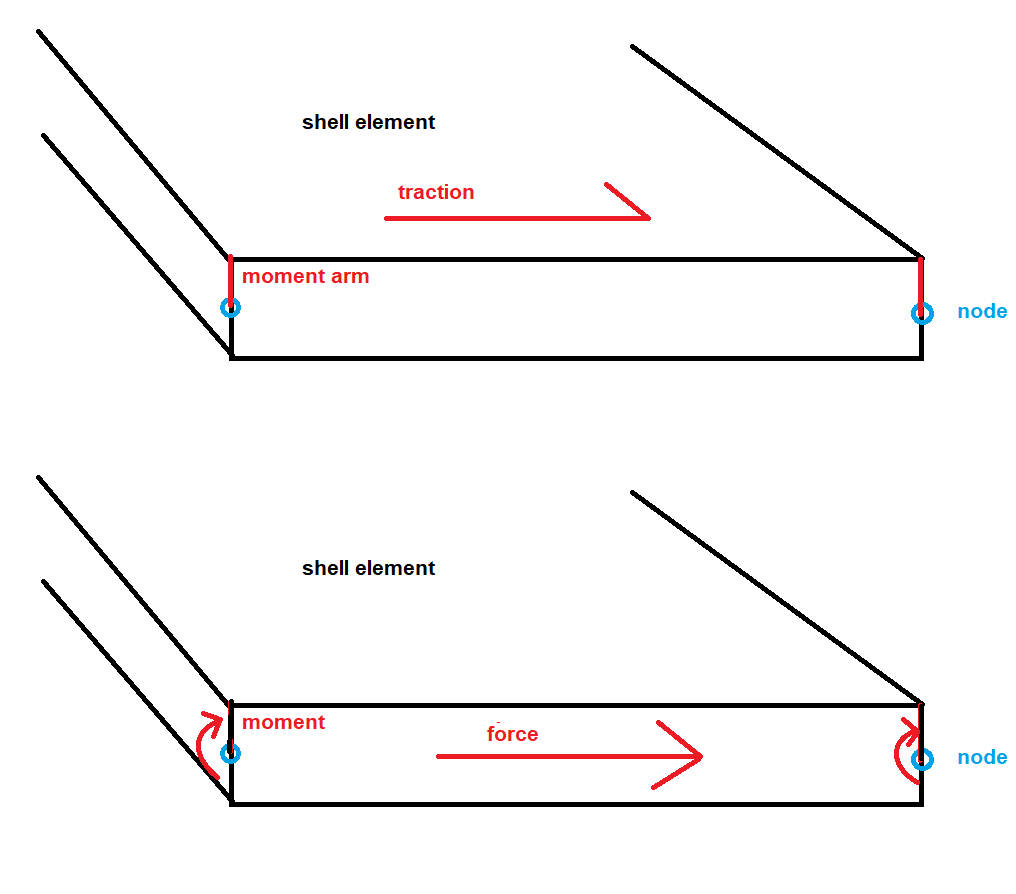 Not the answer you're looking for? Browse other questions tagged structural-engineering structural-analysis solid-mechanics traction or ask your own question.

3
What is Saint Venant Principle?