What are the common failure points of waterproof cases?

I am making a waterproof case for my Galaxy S5 and/or my Raspberry Pi. I plan to make the main body from (or at least decorate it with) wood, though I can use other, stronger materials where needed.

I am thinking of using some controller (as opposed to the touch screen) while underwater if that would make it easier to avoid common points of failure. My question is, where do normal waterproof cases usually fail (leak)?

If I took my phone scuba diving and dove to the maximum depth of about 33 meters, there would be about 43 psi acting on the case. Would the failure point then become the case itself cracking under pressure?

Summary: The design of genuinely waterproof containers is an arcane art but is reasonably doable if certain rules are adhered to which codify the underlying "magic".

Failures occur when the basic sealing rule discussed below is violated. I.e. pressure on all sealing surfaces exceeds differential pressure at all times. In many products the failure is inbuilt due to lack of formal design, and is just waiting for conditions where the requisite 'rule' is not met.

The easiest and usually best method is the use of a properly designed O ring. The typical cause of any failures is that people use squashed rubber rings that look like O-rings but which are not designed and so fail to meet the basic rule in some situations.

Requirement for sealing: To be and to remain waterproof a minimum requirement is that ALL locations along the sealing surfaces must either be bonded with an impervious material or exert a pressure (force per unit area) that is in excess of the pressure difference between inner and outer.

O-rings - the usual easiest and best solution: The most easily designable means of providing a seal is to use an O-ring.

An O-ring typically looks like, and is, a circular rubber ring of round ring cross section. However many circular rubber rings of round ring cross section LOOK like O-rings, but aren't. I.e. to work as an O-ring certain well defined constraints need to be met and it is very likely that if a round rubber ring seal is not formally designed then it will not work in the manner that an O-ring does under all circumstances.

An O-ring uses the pressure differential in such a way that the ring moves and/or distorts in a manner that produces more pressure on the sealing surfaces than the pressure differential does. I.e. the resisting pressure is caused by the target sealing pressure and is designed to always be greater. Designing a seal that works like this from first principles is a formidable task as it depends on a number of dimensions and material properties. Designing one by using standard tables is relatively straight forward.

An analogy: A simple analogy for O-ring operation that is incomplete but useful is to imagine a panicking crowd of people trying to get through a door that must be opened towards the crowd in order to allow people through. Increasing crowd pressure on the door simply makes it harder to open.

Maintaining design integrity: The Challenger 'Space Shuttle' was destroyed due to an O-ring failure in an SRB (solid rocket booster) joint. However, the ring was well designed and able to handle the task assigned to it. The failure occurred because the task changed in an uncontrolled manner. Pressure on the overall joint system allowed the mechanical separations between the joint sides to increase and to adopt an angle rather than being parallel. Hot gases were then able to escape past the O-ring, causing it to be progressively destroyed.

Similarly in a DIY case - not only do the O-ring & housing need to be designed to work together but the designed mechanical relationships of the joint parts need to be maintained within specification. If a case can flex under impact or force on the case such that the joint clearances or angles exceed design limits then leakage may occur. I.e. a vital part of the design is ensuring that worst case joint "excursions" are known and not exceeded.

There are two main types of O-ring - radial seal and face or axial seal.

Some products employ or seem to employ both types of O-ring in the one joint - two tubular parts are slid together with an O-ring between them and the outer part is screwed down onto a face seal. In designs that do this in cheap consumer equipment it seems likely that the radial O-ring does most of the work.

Low cost ABS housing Asian manufactured consumer products are not usually expected to have an IP66+ design sealing rating. But, it can be achieved. I was involved with the design of the two main types of portable solar powered lights seen here - roll up from start point for large light examples, down for small light. The larger lights were built first with input from a Chinese designer who was good at making things that looked good but resistant to certain suggestions re: sealing. The sealing worked 'well enough' when assembled correctly but could have been far better. The small light uses a true O-ring front seal and an "almost O-ring" battery box seal (less critical) (and the factory manager managed a design change along the way because he 'knew better'). The all important front seal works superbly. The lights are 100% tested to 5 metre equivalent immersion depth during manufacture and can be relied on to stay dry in any use. (As they float, getting one to 5+ metres deep is usually unattractive to users :-)).

The switches use a magnet operated reed switch and are 100% waterproof and extremely reliable in operation (by design). 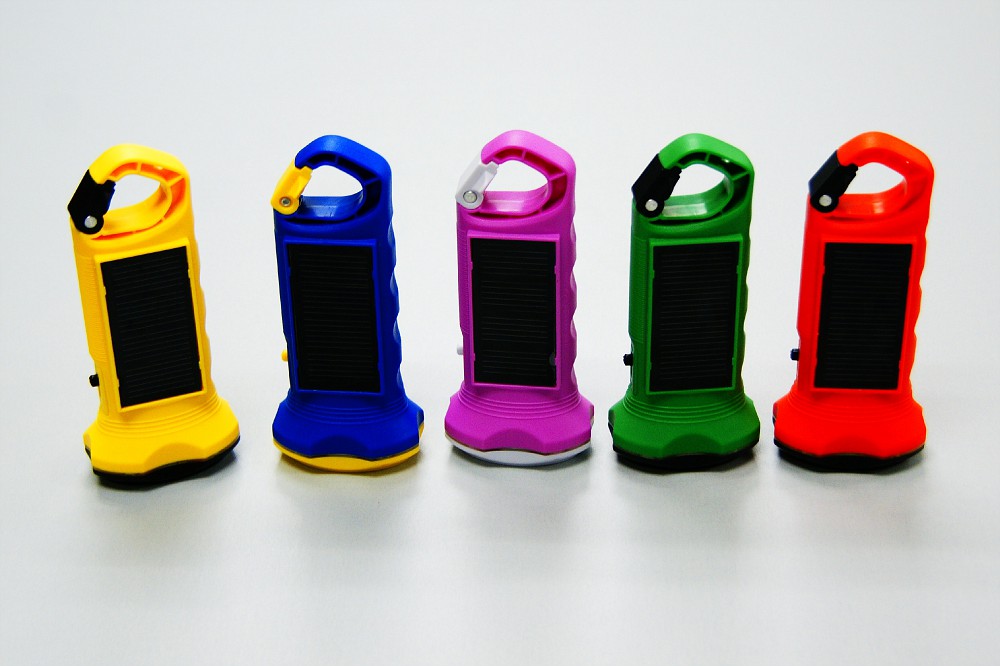 I can and will add table references, design links and photos to this answer if it looks like people find it useful. If it receives little interest it's not worth the time (and I must do other things at this stage).

The major factors surrounding failure points of waterproofing are, as has been said, the ingress of water around the main case opening and any I/O areas. For the main case opening, this ingress is usually mitigated by an O-ring. Due to the deformation of the O-ring under pressure, hard, 90$^\circ$ bends usually are the primary point of failure. This is the reason why most case seals are given a fairly wide-radius (with respect to the channel itself) rounding on the corners.

To give perspective for better seals, high-vacuum connections usually use copper for gaskets; CF flanges have a "knife-edge" that bites into the soft copper gasket, creating a leak-proof seal at high-vacuum, large-differential pressures. If you intend for deep immersion and have access to the manufacturing needed, this may be the route to go.

As to the issue of I/O interfacing, most deep immersion systems use fully-isolated bulkhead connectors, where the cable itself does not penetrate through a hole in the case. The actual transmission, for example, would be through a female-to-female connector electrically connected and then "potted" using thermoplastic, epoxy, etc. into the wall of the bulkhead.

As to the issue of phones specifically, the problem here is that while any sort of touch-screen layer can be made arbitrarily ingress-resistant, the layer of touch-transmittable material is often quite thin and thus not suitable to much more than casual water immersion (i.e. low water pressure).

And finally, the issue of wood itself as a waterproofed case material; certain, denser hardwoods are notably less porous than others, but this can be increased by applying a layer of sealer such as painted-on epoxy or polyurethane inside the case. Still, FWIW I wouldn't be putting my phone in a wood case and throwing it in the pool.

Wood isn't a particularly waterproof material (it absorbs water & humidity), I would go for plastic or metal. To ensure the "waterproofness" of the case, I would suggest using an o-ring or similar foam gasket under compression, this is the best way to ensure it is sealed. Normally with o-rings, you would aim for a 20% compression.

Now, there is the question of whether you want it to be a case as in a closed box, or still want to be able to use the device when in the case. If the latter, then that puts a lot more constraints one the design, meaning you probably need to have touch-sensitive glass, openings & covers for connectors, etc... which makes it a lot more complex.

For a waterproof container to be useful, you have to be able to open it and put something inside. The most likely location for failure is obviously at the points where the case opens up. This is usually dealt with by using a rubber gasket which compresses slightly when the case is closed, creating a continuous seal between the two sides. The most likely points of failure of the rubber gasket are at any places where it makes a sharp bend, such as the four corners for a rectangular case.

2
What's the difference between critical load and yield stress, and failure in general?
4
Are the points of inflection and contraflexure the same?
1
Common points to consider when building a window seat
5
In what cases are the roughness values Rt and Ra used?
0
How are the location of Gausian points determined in Finite element theory?
5
What is the term for diagonal bars which are making rectangular frame more rigid?
0
When using an o-ring as a face seal, are the faces flush together?
1
What tests are made in an Ingress Protection to verify that no water entered the enclosure?
2
What type of drill bits are these?