Admittedly, this question is related to an earlier one on the same subject. I would like to mount a heavy bag using a system detailed in the attached picture (FirstLaw Fitness Shock Mount). The system is designed to be mounted between and directly to 2 joists that are 16" on center with included lag bolts. My garage ceiling is covered with drywall with a bedroom above. I assume (hope) that the gas strut on the mounting plate will somewhat help with noise and vibration, but my largest concern is mitigating unsafe loading conditions on the ceiling. I saw an earlier post where a structural engineer suggested not attaching the mount directly to the joist. Was this to provide mitigation for vibration/noise?

Can anyone provide a "safer" installation idea or are the instructions adequate? Based on an earlier answer, could I further distribute the load if I attached a 2x6 or 2x4 on the ceiling so that it runs under the floor joist for a couple of feet, do the same to the next joist over and then attach the mount perpendicular to and on the 2x6's? If this is acceptable, what size and length of lag bolts would be required since they would need to go through the 2x6 and into the joist? When attaching the mount to the 2x6's, would the lag bolts also need to go into the joist? And finally, if this idea provides for better load distribution/safer install, is there concern that it does require more holes being drilled into the joist?

If anyone has a better/easier/safer idea, I would be most interested. A diagram with dimensions would be great. 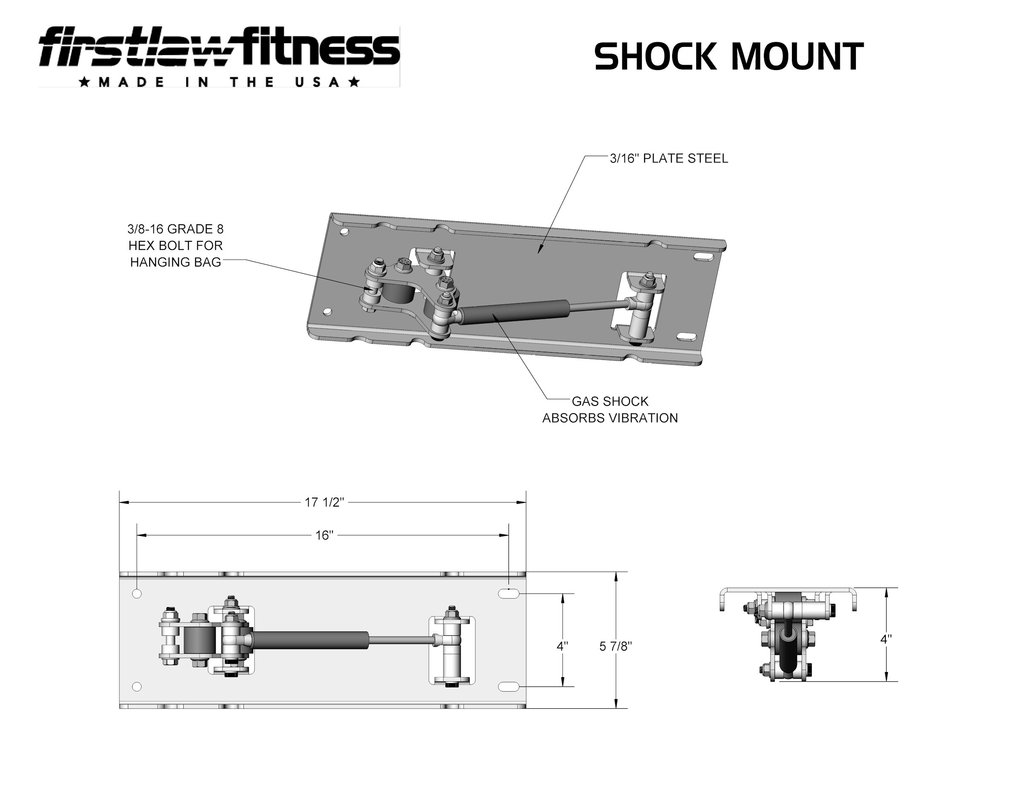 It would help a lot if you knew the actual joist construction in your garage ceiling. Assuming it is some kind of truss system about 12" deep, I would cut an access where you want to mount the thing (small one at first to check for services above) and then scab about a 3' length of decent 5/8 ply full height to the sides of the trusses. Then I'd nail a sill and hang blocking at least 2 x 8 and lagbolt to that. You can use storm hangers in leiu of a sill if desired (I'd probably double up on the plywood in this case). Stuff with as much insulation as you can get in there, patch the sheetrock, and mount the bag. If height is an issue, just box in the cutout. If you have solid wood joists, you could get away with lagging to them. But you should have some heavy, full height blocking between the two joists right where the plate is going. The old-style X bracing, if present, is probably not up to snuff for this job.

2
Ceiling mounted punching bag without compromising structure or floor above

4
How to provide lateral support for adjacent masonry during installation of steel UC in an old cavity wall?
2
Need Help to Remove Sway from Steel Post + Glass Panels