Is the metacentric height independent of heel angle?

when the sides of a pontoon are verticle, BM(distance between center of buoyancy and metacenter) is given by I/V

As well as for a small angle that expression is true. But when the heel angle increases what heppens to the BM?

More in-depth The topic you are adressing – stability at large heeling angles - is a key consideration in the fine art of making ships (and other floating structures) float with the correct side up. It consists of several definitions, curves and helpful figures, most of which I will not adress in this answer.

To understand the stability at large heeling angles, it is first necessary to summarize stability at small heeling angles, that is, the intial stability. As you've correctly stated in your question, the distance between the center of buoyancy $B$ and the metacenter $M$ is given by $BM = I / V$, where $I$ is the second moment of area of the waterplane and $V$ is the volume of displacement. This relation is valid when the sides of the pontoon in question are (close to) verticle. As a general rule of thumb, this relation is valid for heeling angles up to $\approx 10 \,deg$, although this depends on the hull shape.

Image 1 For small heeling angles, the verticales through the buoyancy center will intersect in the same point, called the metacenter $M$ (to be exact, there is a small difference between the intersecting points, but for small angles this is negligible). The heeled center of buoyancy $B'$ is for small angles assumed horizontally displaced from $B$, although the true displacement is both horizontal and vertical. This is an assumption in the derivation of $BM$ stated above. 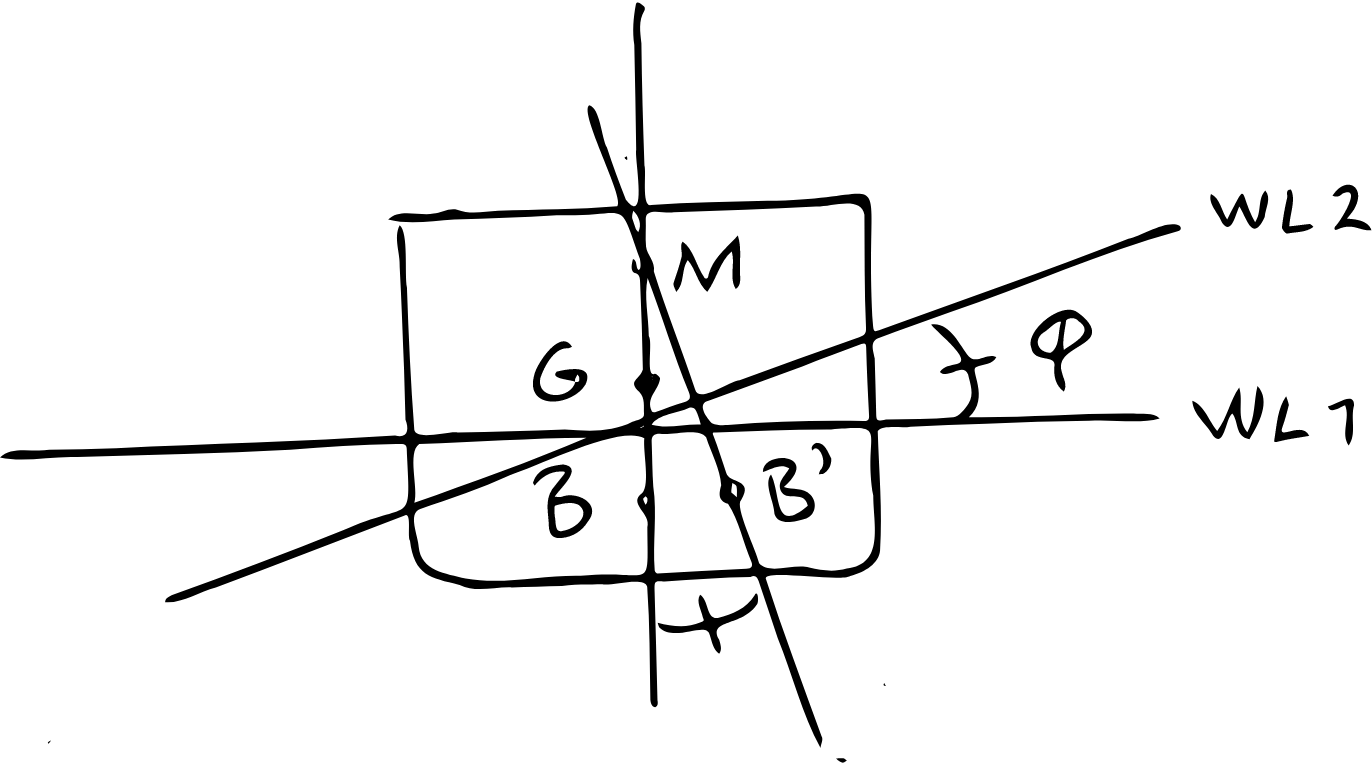 Since we no longer can assume $B'$ to be horizontally displaced from $B$, it becomes a lot harder to relate $B$ and $M^*$ (which in turn is used to find the arm of the rightning moment). For the case of vertical sides of the pontoon, you may e.g. use the wall-sided formula, although I will not go into more detail on it here. Nowadays, software may easily compute the location of the heeled buoyancy $B'$ center using the exact hull geometry, which in turn is usually plotted as $GZ$ curves.

Image 2 For large heeling angles, the verticals through the buoyancy center will not intersect at the same point, meaning that the false metacenter $M^*$ is highly dependent on $\phi$. As a consequency, $BM$ is not easily computed by hand, but most often requires the appropriate software. 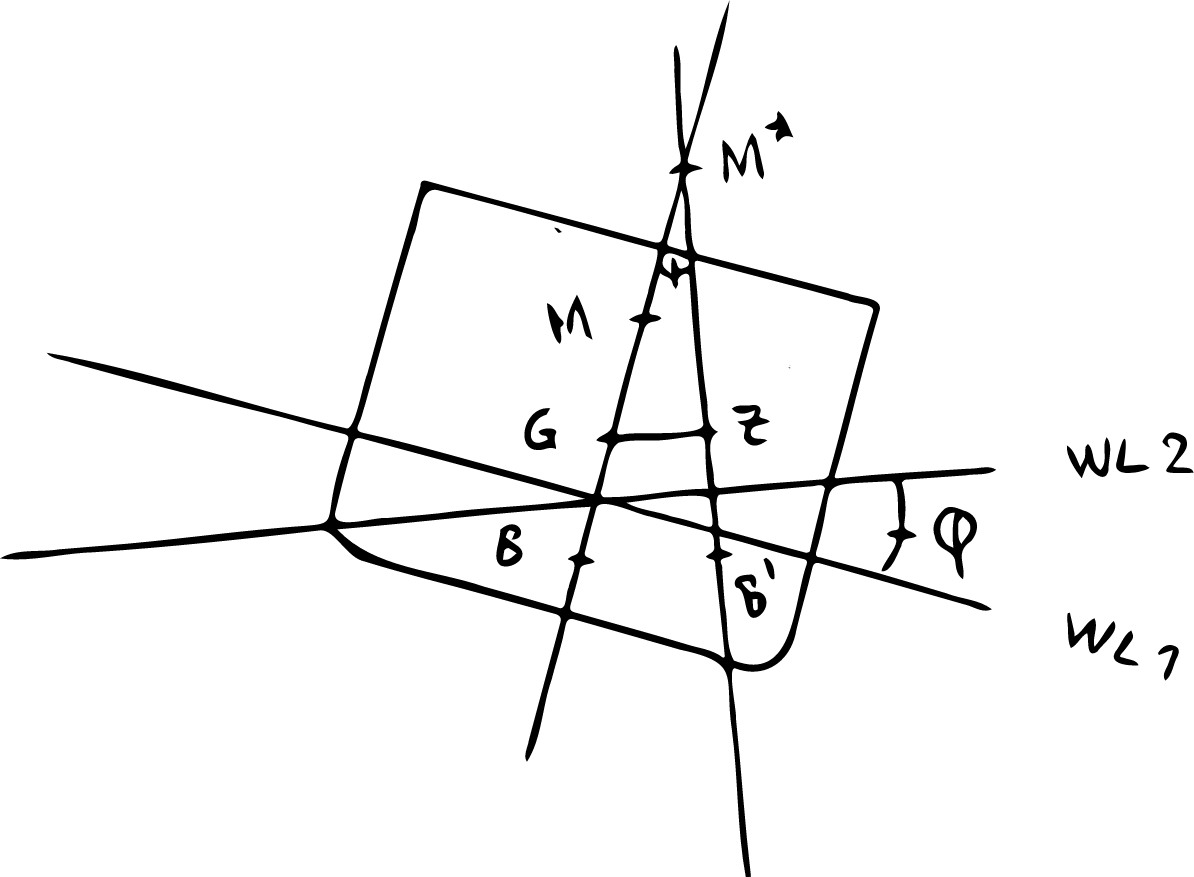 To keep this answer somewhat short, I will not go into any more detail, but rather suggest those curious to dive into the appropriate literature. My suggestion includes, but is not limited to the book; Ship Stability for Masters and Mates by C.B. Barrass and D.R. Derrett.

13
How to determine the characteristic length in reynolds number calculations in general?
0
Formula (or heuristic) for calculating force required for incremental change in angle of attack of an airfoil
1
Boat Hull Drag in Shallow Water
2
Buoyance+torque generated force
16
What is it about the cabin electrical supply on cruise ships that makes surge protectors dangerous?
2
Computation of the moment of restoring forces for a floating vessel
0
In which bucket , should the water fill it up first?
1
Why does centre of pressure move forward with increasing angle of attack in this airfoil?
1
How to use moments to find the positions of the centre of buoyancy and the centre of gravity?