Plotting deflection of a beam

I have a formula to compute the deflection of a beam.

When I am plotting the deflection vector I get a downwards parabola since the elements are positive.

But now I found this plot somewhere else 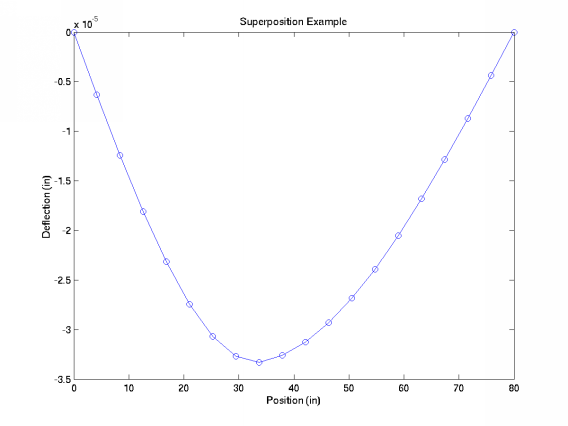 I guess the plot illustrates how the beam is bending at positions where loads are placed.

Is it correct to get negative deflections? I wonder if I need to multiply my elements in my deflection vector by -1 in order to obtain the same plot as shown here.

A deflection is a movement in a direction. It is up to you to determine your frame of reference.

It sounds like the calculations that you have done yourself (all positive) are shown for a force also in the positive direction. This makes sense logically.

The deflections shown in the graph that you attached (all negative) may be in a different coordinate system where the force is acting in the negative direction. It is up to you to determine whether you are calculating in the frame reference of the force or from the outside.

Example 1 - Gravity on a Beam 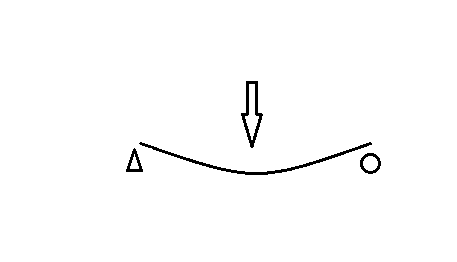 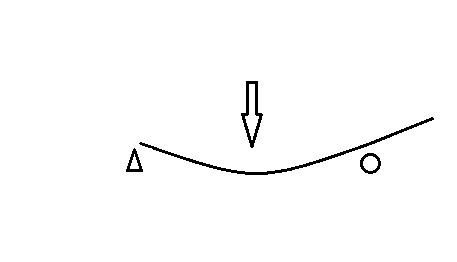 Deflection is opposite for the free end (right side) when compared to the portion under the arrow.

Not the answer you're looking for? Browse other questions tagged mechanical-engineering materials structural-engineering beam or ask your own question.