Everything works as planned, except the volt display in the multimeter-part of the supply, which is directly shown below. I disassembled the display part and saw a missing resistor, but am unable to find out how many ohms it had, as I am not an electrical engineer, so I hoped you guys could help me.

This is the problematic part: 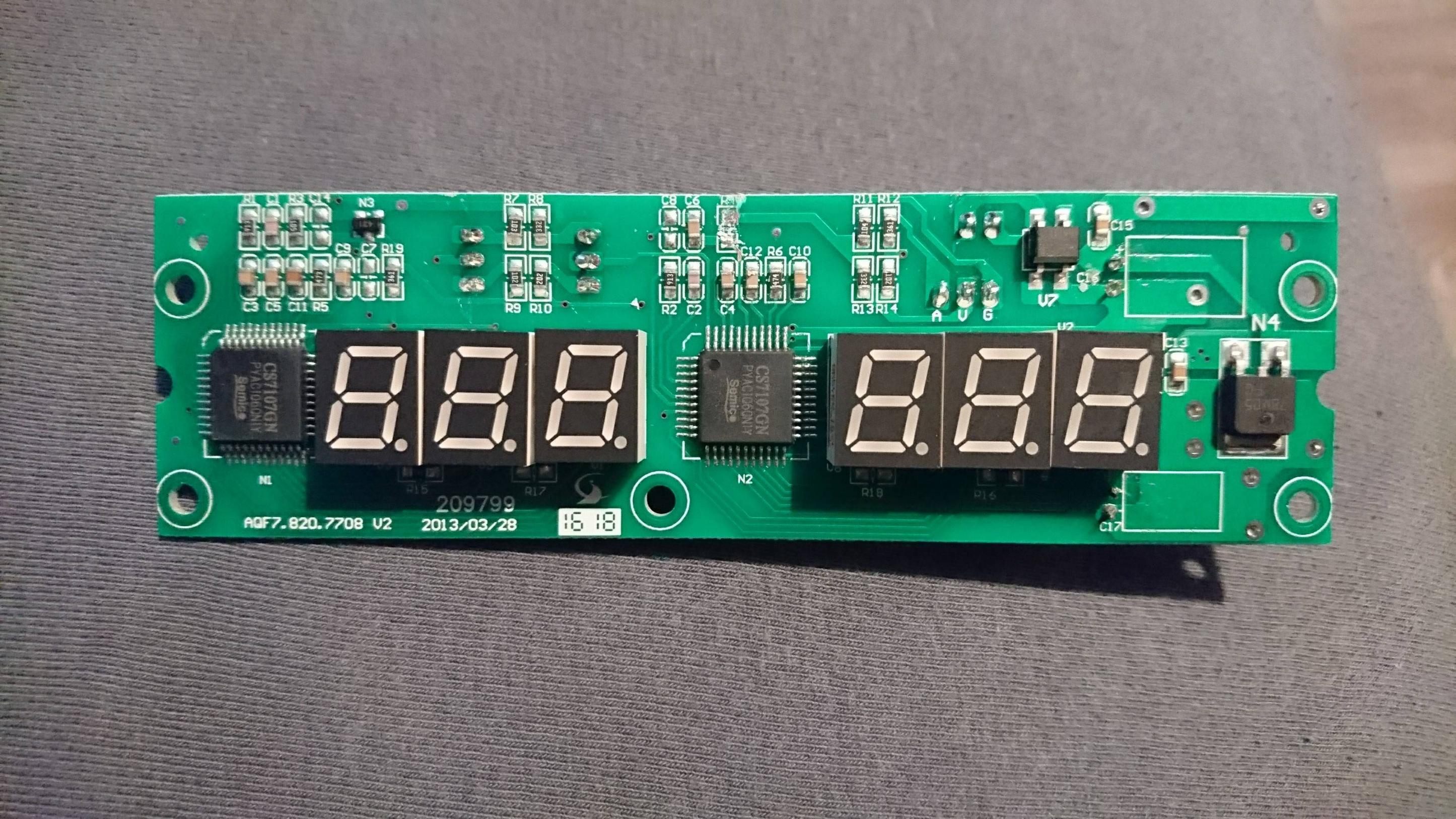 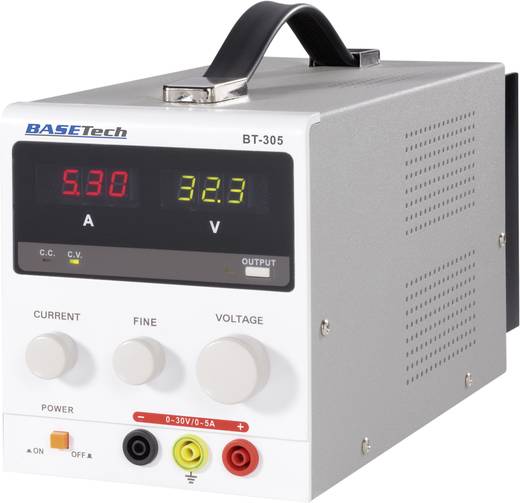 In case anyone has the same device and has a picture of this part, that would solve the problem of searching for the right resistor immediately.

A high-enough resistor that would fit in there is 0.5 kilo Ohms. This was measured by using a very high potentiometer and slowly decreasing the resistance until it worked as it should. Thanks to William for the idea in the comments below. 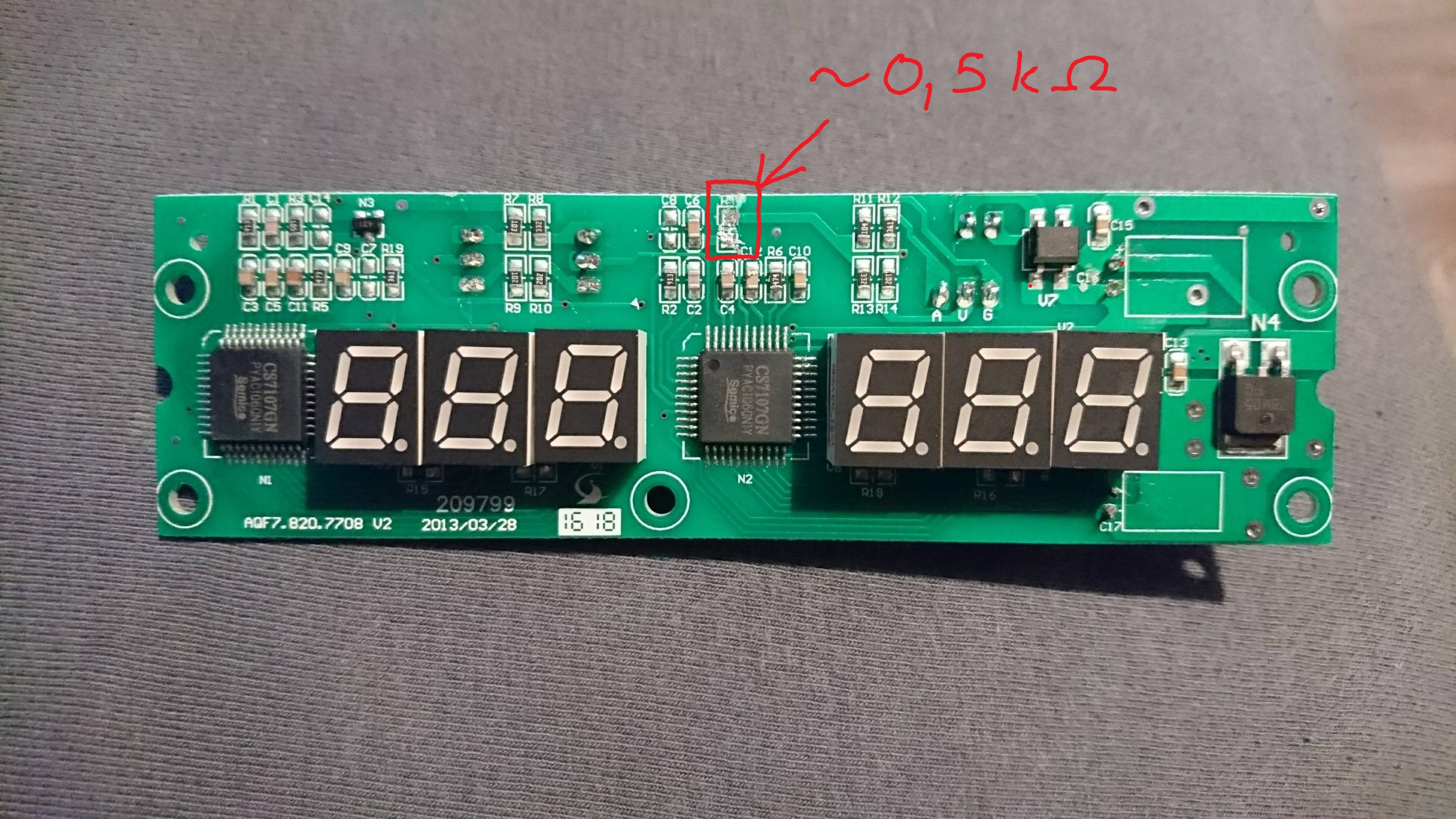 As there seems to be interest in how i modded this device for iot in the comments.

In short: disassembled the device, added a second AC power plug (female) into the bt-305, so that a 5v wallcharger could be powered in the case. The 5v charger is used to power a "Sonoff SV" which is an esp-based smart switch from itead. The sonoff sv supports a so called "isolated mode", which means it input is 5v, and the 2 output pins just short each other when getting the command to switch, acting like a normal switch on 2 cables. Those output pins are soldered to the pins of the "output" button of bt-305, so sonoff is just simulating a button press. Sonoff has an app to communicate with the switch, or you can connect it to IFTTT and send http requests to a rest-url via web-hooks to set the state of the switch. I generally use the app, as it supports "inching mode" which means the switch-output gets shorted for just 0.5 seconds, which is necessary to simulate a button press.

The resistor value can be determined fairly accurately by process of observation, comparison and elimination.

Observation
There are two 7 segment LED displays and supporting driver circuits. These include CS7107GN driver IC, a block of identical resistor blocks and similar resistor and capacitor blocks.

Comparison
Within the Similar resistor and capacitor Circuit block (highlighted in red) has approximately 5 capacitors and about 3 to 4 resistors.

Elimination
Measure the resistor values in each block. Most likely the values are similar, close or some combination.

Use a potentiometer to determine the appropriate value.

Below is an image pictorially describing the process. Blocks are segment in colours

Not the answer you're looking for? Browse other questions tagged electrical-engineering power or ask your own question.

8
How do I know if I need a pull up or pull down resistor for a GPIO pin?
1
synchronous generator power factor calculation with missing information
1
Help with reading resistor color codes
1
DC motor as generator - some questions