A latch that’s easy to open under lateral pressure

My middle schooler is building a catapult that’s supposed to hurl a ping-pong ball 5 meters: 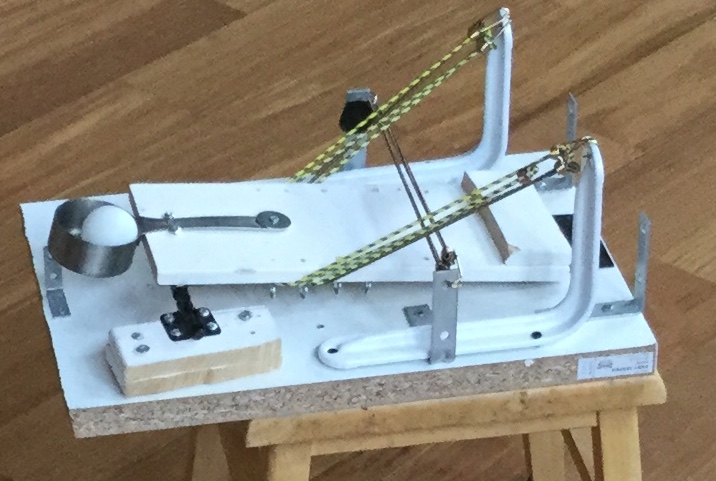 The problem is that the pressure on the latch is so high that the kid just cannot trigger it: 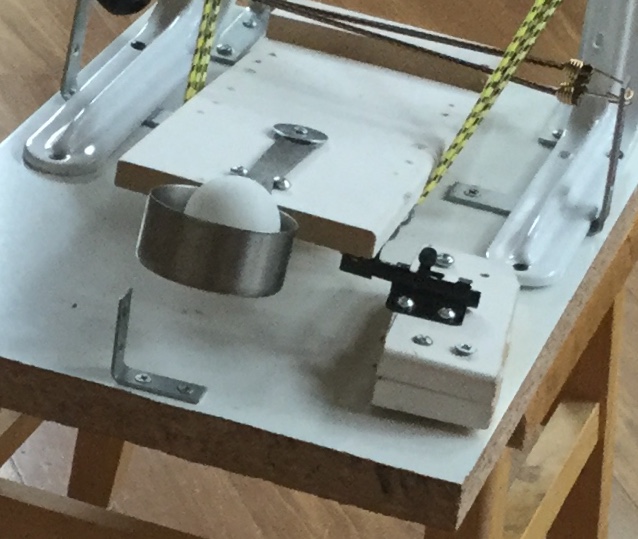 The door latch used as a trigger is being under so much pressure that it just wouldn’t slide out. I doubt that adding lubricant would help enough.

Thus the question: what latch design could you suggest so that it would operate smoothly under lateral pressure?

How about a levered latch like this (very rough sketch) showing the catching tooth above the self latching spring and the pivot point. 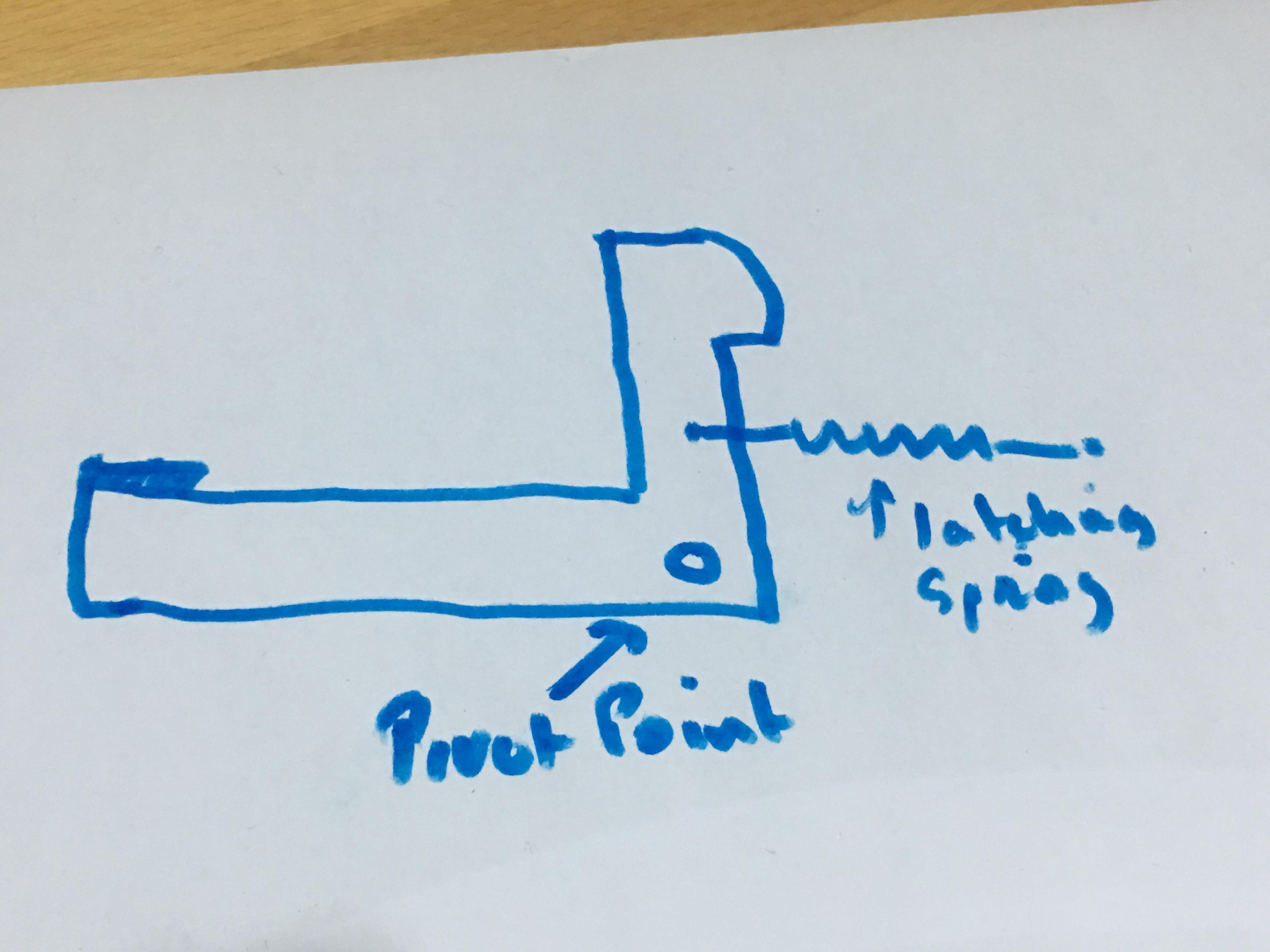 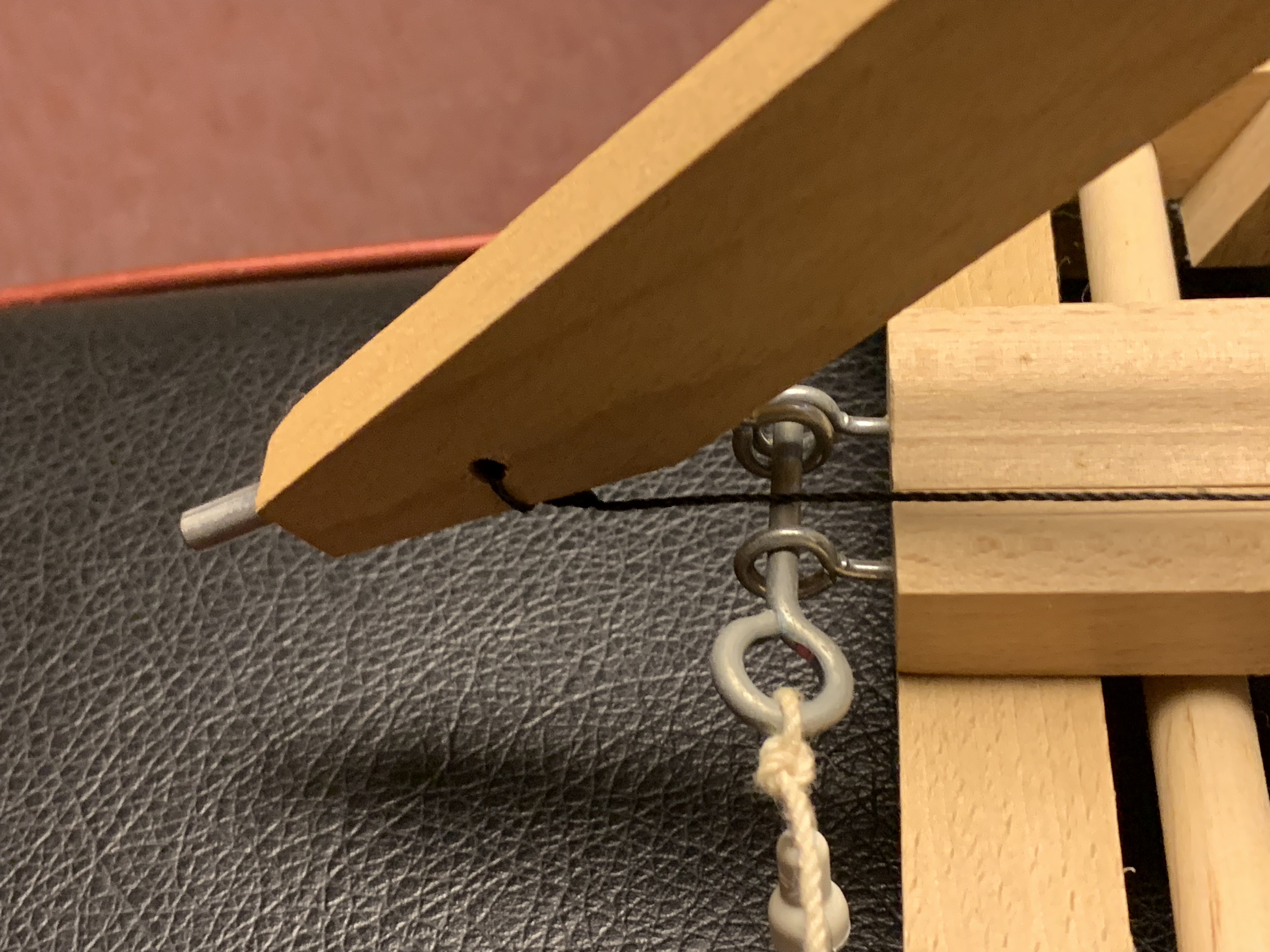 Consider to replace the latch socket with a pin. The pin extends from the side of the moving part.

Pin A is held down by a smaller version of the catapult platform, with a hinge at the opposite end. It also has a pin (B) which is held down by another small hinged lever. When the device is unloaded all the hinged portions are held upright out of the way.

This is a derivation of the three-ring release designed, patented and produced by Bill Booth and is created in various ways for similar purposes. 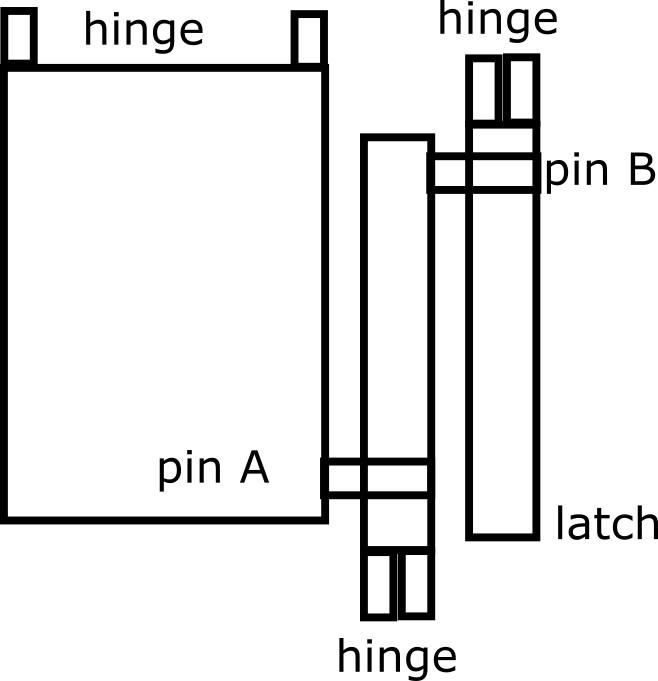 Keeping the hinges close to the pin improves the force reduction for each stage.

With caution and your supervision:

He can use a mouse trap spring and release mechanism. They are efficient and easily release, but require caution handling.

Not the answer you're looking for? Browse other questions tagged pressure mechanisms mechanical or ask your own question.

2
failure point of flat panel under pressure
0
Is there and easy way to go from 1000 psi to 45 psi without a complicated pressure regulator
1
Is a filter burst possible under fuel line pressure?
1
When a valve under pressure is closed and creates a seperate cavity. What happens to the pressure in the seperate cavity?Will it leak out over time?
3
Air pressure under water
0
Pressure delivered to an object under a pneumatic press
1
What's a good way to equalize pressure between 2 spaces without allowing gas exchange under normal circumstances?
0
Why does pressure gauge/pump reading drop when the valve is open?