Why My Mini Boat Does Not Move Forward?

I am currently building a mini boat-like robot to clean the water from floating trash. I used two servo motors to move the loader that I have installed in front of the boat, and two 3 V DC motors installed in the back to allow the boat to move across the water. I also used Arduino to program my servos and motors. When I tried to test my robot in water, the two DC motors did not push the boat forward. Why didn't the air push my boat? Here are the materials that I used to build my robot:

The total weight of the boat is around 700 g. The picture below is the robot I am working on: 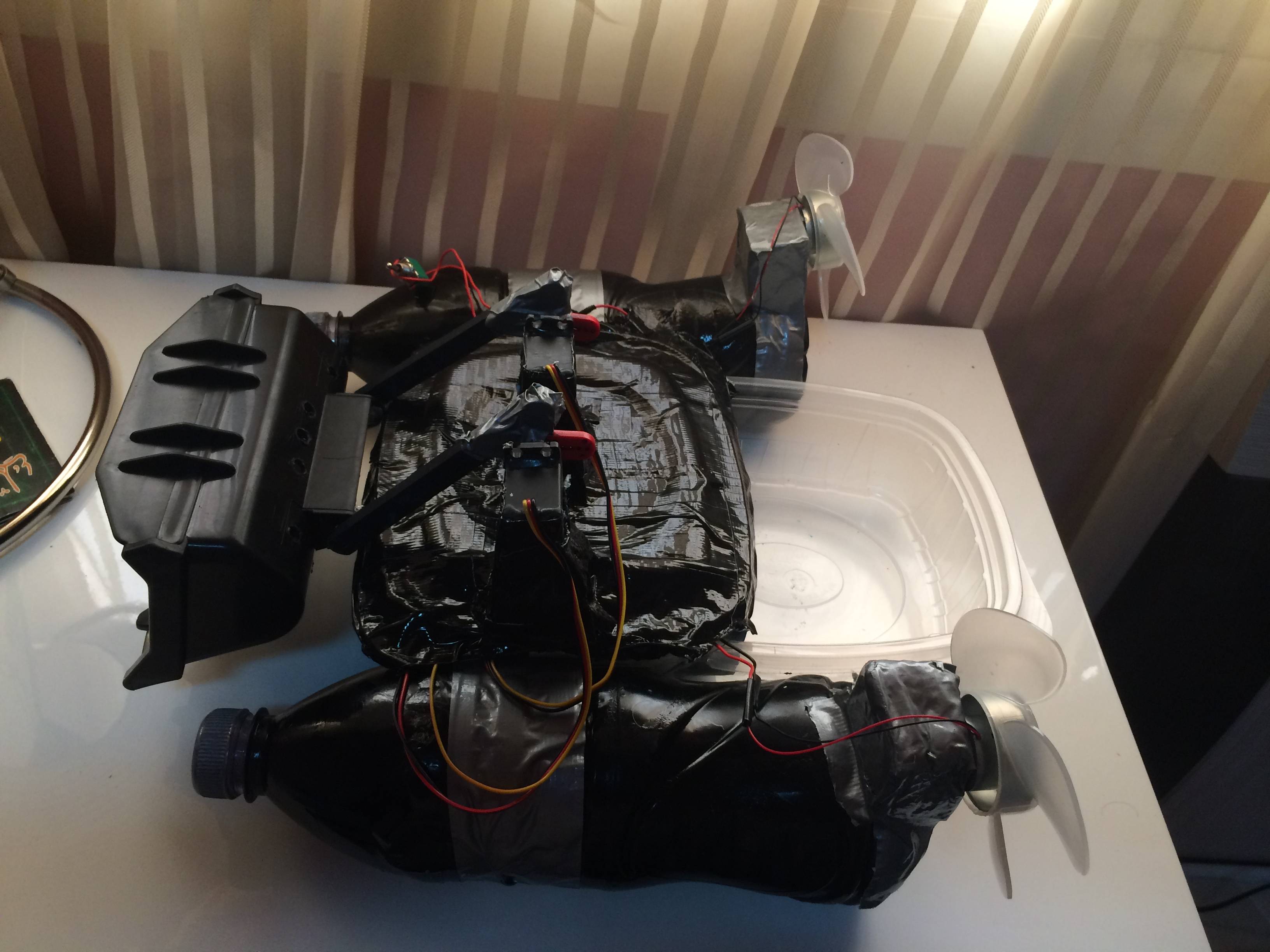 Your fans are too small. If you hold 1 and make it go max speed you will barely feel the force it applies.

Instead consider a drive-train going into the water and turning a screw. Because water is much more viscous and dense you get much better acceleration.

nevermind the factor $c_{th}$ but you easily see that

and as the density $\rho$ of water is approximately 1000 times higher than the density of air, a propeller in water will generate significantly more Thrust given the same circumstances as for the same propeller in air.

6
Why are turbo compound engines not more widely used?
0
Why does the 1kg mass move towards inclined plane here?
16
Why does temperature not increase by putting more logs into the fire
5
Why does this thing that is not a screw have a screwdriver slot?
0
Why does the string having length C not have an impact on the overall system?
1
Why does the method of joints not match a force balance result?
1
Why would you put covers in front of the output of the condenser fan on these mini-split units?