Which material index should be maximized for a component in a car's manual type HVAC?

I was doing a case study on the plastic used in cars for controlling the AC in a manual type system which actually snapped in mine it just rotates according to the knob position in the dashboard, pushing and pulling with a stiff cable/rod. It finally separated as you can see in the picture. So rotating the knob effectively does nothing. I am not considering electronically actuated (Automatic type) AC in cars 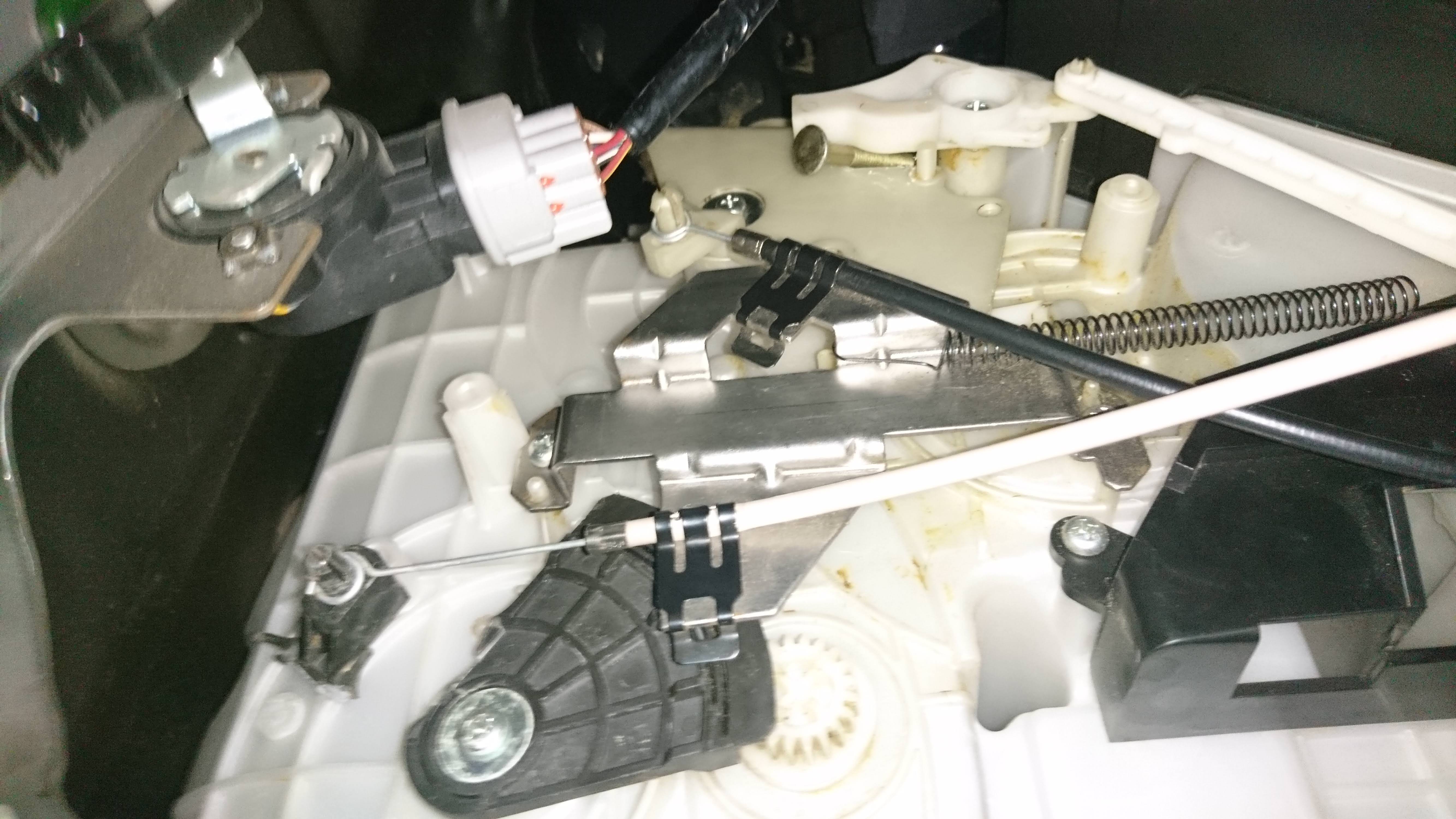 Please note, the notch is indeed a design flaw as stresses are more concentrated there. I did ANSYS on a model of this however this is only a Material Selection Course that I am studying. So I need to limit myself to just that.

I went over the Ashby textbook and saw a (similar?) example in the 4th Edition.

$\frac{K1c}{E}$ was derived here by substituting the hooke's law and ignoring all material independent variables.

Everything else except Young's modulus and Fracture Toughness is independent of material so we exclude that according to Ashby. And arrived at ABS, NYLON PLA as the best materials like me in the textbook too. I reckoned it could apply here too.

There are three limits for the same objective, displacement limited, load limited and energy limited. I went with deflection limited since I imagined the part would require some deflection to snugly fit during assembly.

I also put an arbitrary limit of 10% strain since any significant cant change in geometry will result in obsolete part, prices not more expensive than ABS, not weaker than ABS.

I got cardboard and paper, ABS, PLA in level 2 on CES Edupack.

The part I don't understand

Yes, I know top trim cars have electronic actuators but I meant only on manual type AC controls

Here is the video of this mechanism

It is a mirror image to my picture because it's in an Australian car where they drive on the left.

Cost - you are forgetting about processing costs. Yes, engineering polymers might give you least cost/weight. But they can be injection molded - that means cheap, reliable components of nearly any shape. They may also be combined with fillers to reduce the cost, so the actual cost may be much lower than the raw cost of the polymer.

Weight - this is not a secondary metric for the engineers who designed this, it is a primary one. Every 50 pounds saved on a car is 1% MPG (approximately). The engineers are going to comb over every part and take out a gram of weight so that they can shave 50 pounds off the car.

Most importantly, the engineers don't care that much about the longevity of the part. I wouldn't call it planned obsolescence, they aren't trying to make it fail. But there are no bonus points for making it last longer than the warranty period. There are bonus points for shaving a penny of cost or a gram of weight.

You forgot one one parameter : mass... if all the plastic in a car was replaced with metal, then the total mass of a car would go up by 30% (wag) and the subsequent fuel consumption down....

That is why lots of bits are plastic... also cost of course...

Plastic parts like those are typically loaded far lower than their yield strength to start with, so adding strength by going to steel isn't necessary.

Even without a particularly complex mold, a single plastic part can be designed to perform several different functions, and be easily assembled with snap details or heat staking instead of screw fasteners or rivets, significantly reducing costs.

The universal problem with cheap little plastic parts like this is fatigue failure at points of concentrated stress, and the fact that testing for fatigue lifetimes is so expensive and time-consuming that it is only applied to critically important components which excludes little stuff like aircon controls and whatnot.

That said, an experienced design engineer working in a learning environment will add strengthening ribs and smooth radii on plastic part transitions as a matter of course and after study of field failure modes, so that if rev. #1 (as issued) croaked in the field then rev. #2 (strengthening ribs added, see note x.x) will not.

Not the answer you're looking for? Browse other questions tagged mechanical-engineering materials automotive-engineering equipment-selection or ask your own question.

2
Which material is most efficient for the skin of a solar balloon?
4
How to compare two ANSYS mechanical APDL databases? (.db or .dbb files)
3
Value of Mechanical Constants in Real-World Applications
1
Do the steels 1.4404 and 1.4571 have the same corrosion resistance?
1
Modification of Beam Equation for Thin Sheet
0
Measuring fracturability / airborne fuzziness of carbon fiber tow vs stainless steel tow
4
Torsion and Bending stress calculated from deflection
2
Component selection type for fluid-mechanical system