Mold for Injection Molding is very expensive and is justified for mass production.

However, at Prototype stage, how we make the same part with less expensive method. I know 3D Printing is a way but it doesn't have Isotropic properties as its a layered structure.

3D Printing is usually meant for visualization purposes and doesn't fulfill needs of Prototype testing. What are methods can be used to produce one-off injection mold type items during prototype development?

There are 3D printers that are meant for quick prototyping of injection molds. They print the molding parts, and remove most of the cost of machining the mold. They arent suitable for mass manufacturing since the resulting mold wont last for very long, but is good enough for a small production runs.

Now if you dont have access to something like this. Then we have used 3D printed moulds and injected them with big syringes or vacum casted the parts. This works well for urethanes and silicones. Just as long as your parts are small enough for your 3D prints and you have acess to a suitable 3D printer (DLP or SLA printer, FDM wors very badly). Or if your shape can be machined faser out of some softer material and the costs dont exceed your budget, use that instead.

You can also make a positives (this is often cheaper). And cast a mould out of that thenn use this mould the same way as outlined.

Some would make it out of clay or similar- but that does not mean it is cheap...

Clay is cheap but the time and skills necessary to create these models are expensive - expensive is a characteristic of unique pre-production models.

You must focus on 2d-fying your objects if possible, so they can slot and fit together, and place multiple parts in the same injection mould... in that way you can reduce the cost of your final product by many times, by thinking of the product from a production-simplicity viewpoint rather than topology performance, and end up with a crazy cheap product. it's sometimes 10 times cheaper to make 2 half moulds that are ultrasound-welded or latched than a full mould.

I highly recommend that you get involved with a 3d printing shop. 1 kilo of plastic costs 1500 rupees and the electric cost is about 50 rupees. You can refine a design over many generations of testing and consideration.

It forces you to learn about plastic melting points, adhesion, topology optimization, using i.e. ABS which is the most common plastic in toys like lego and car-plastics (strong).

If you 3d print with ABS plastic, you can print at 100 percent fill rate. It glues the filament completely-glued to undernearth and neighboring plastic, thereby 70-80% as strong as ABS moulding.

You can study ABS print versus mould strength comparison and apply them to your 3d shape... 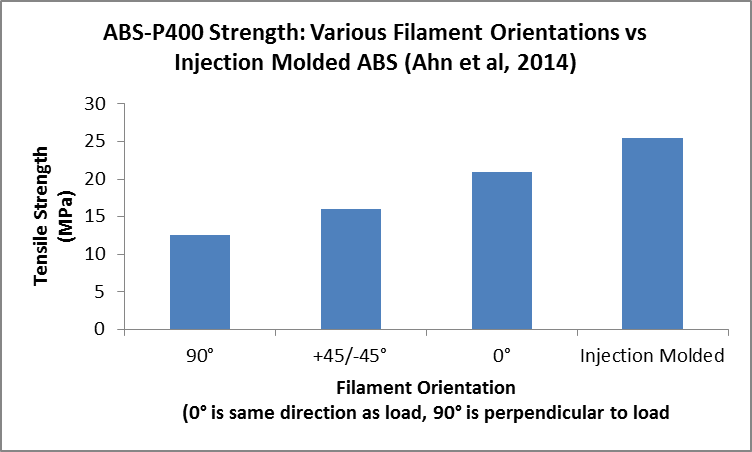 You can strengthen an ABS prototype 2x strength by treating it with Acetone Vapor, and painting it with acetone with a brush, where liquid acetone percolates into the part and fuses any voids together. It can make perfectly glassy surfaces. It can acheive strength very near to an injection moulded part.

It depends on the complexity of your part also. Some moulds are 3-4-5 pieces coming in at different angles. Some have only one CNC milled piece of metal.

I bought a RepRap Printer for 22000 rupees. It was 8 hours of great fun to build following a video guide. The resale value two years later is 17000 rupees after printing 7-8 kilos of plastic. It was a very valuable asset for designing and learning plastic.

I also made silicone-detergent cheap silicone moulds for my parts and poured epoxy resine /polyurethane resin in them for fun, but that was a waste of time.

Not the answer you're looking for? Browse other questions tagged 3d-printing prototyping injection or ask your own question.

2
What is the process called for up-sizing a proof-of-concept prototype to full-scale?
2
Can photopolymers from 3D printer be fused together like for thermo plastics?
2
Combustion Chamber Back Pressure due to gas injection
6
How are non-continuous internal threads plastic injection molded?
0
Injection nozzles and static mixers for LSR - How do i prevent an uncleanable blockage between runs?
1
Designing an injection molding mold for a part with a certain parting line and ejector pin location
4
Engineering Best Practice: Rev control for trial parts after release?