Does tunnel lining made of cast iron tubings actually accept all the mechanical loads? 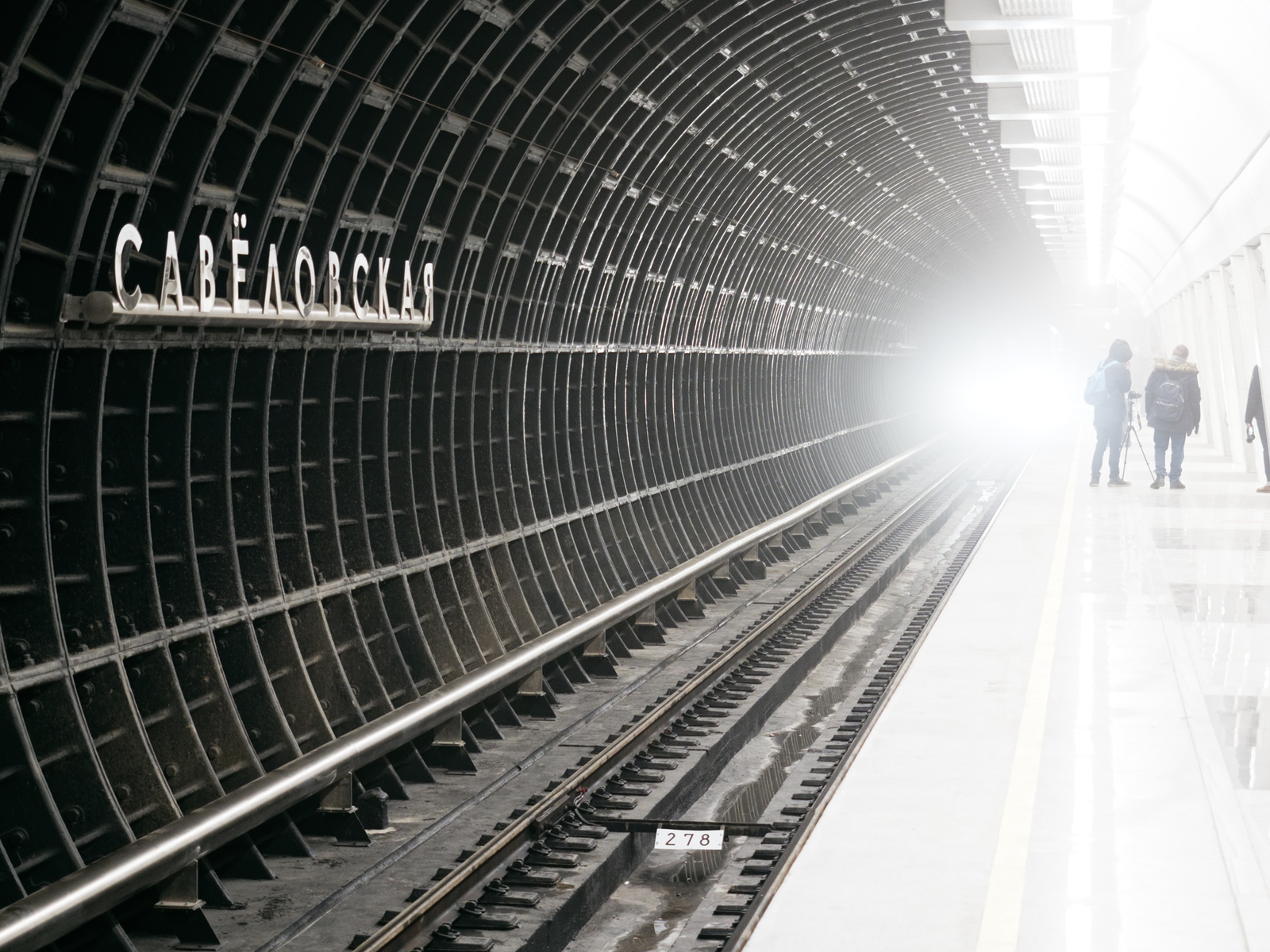 On the left is an undecorated (just painted and it will likely remain this way) tunnel wall. The tunnel wall is lined with cast iron tubings - specially crafted pieces of cast iron connected with thick steel bolts and having the seams sealed with cement. This lining forms a huge pipe which holds the ground from collapsing and the shot is made from inside the pipe.

Is there actual ground right behind that (not very thick) cast iron? What if the ground underneath is not hard enough and the loaded pipe has to bend downwards?

Does the cast iron hold all the possible mechanical loads alone or is there anything else in the structure?

They have done their homework, one hopes. Many competent dense soils are basically self supporting, like all the caves. Yes there is compact or dens soil behind the cast iron panels to take advantage of soils structural strength. The cast iron is sufficient to take all the loads, even if it rarely is called in to take the full load.

They have tested the soil and it chemical and structural content and have chosen the cast iron alloy suitable for that condition.

There are methods to protect cast iron from corrosion. Here is what they have done in London Road Shunt Tunnel. link

Not the answer you're looking for? Browse other questions tagged structural-engineering materials stresses tunnels or ask your own question.

13
How does pressure treatment affect the mechanical properties of lumber?
20
Why does the Channel Tunnel enter the ground around 10 km from the coast?