Can high alloy tool steels be quenched in brine?

It is will known that most of tool steels are quenched in oil to prevent cracking and distortion which appears when quenching in water due to non-uniform cooling caused by formation of insulating vapor blanket "film boiling".

but according to some literature 1 using 14% brine solution or 1% polymr solution eliminate this vapor blanket so we can expecting more uniform cooling compared to water quenching.

according to another literature 2 the probability of quench crack formation at first increases to the maximum value, and then decreases to zero. 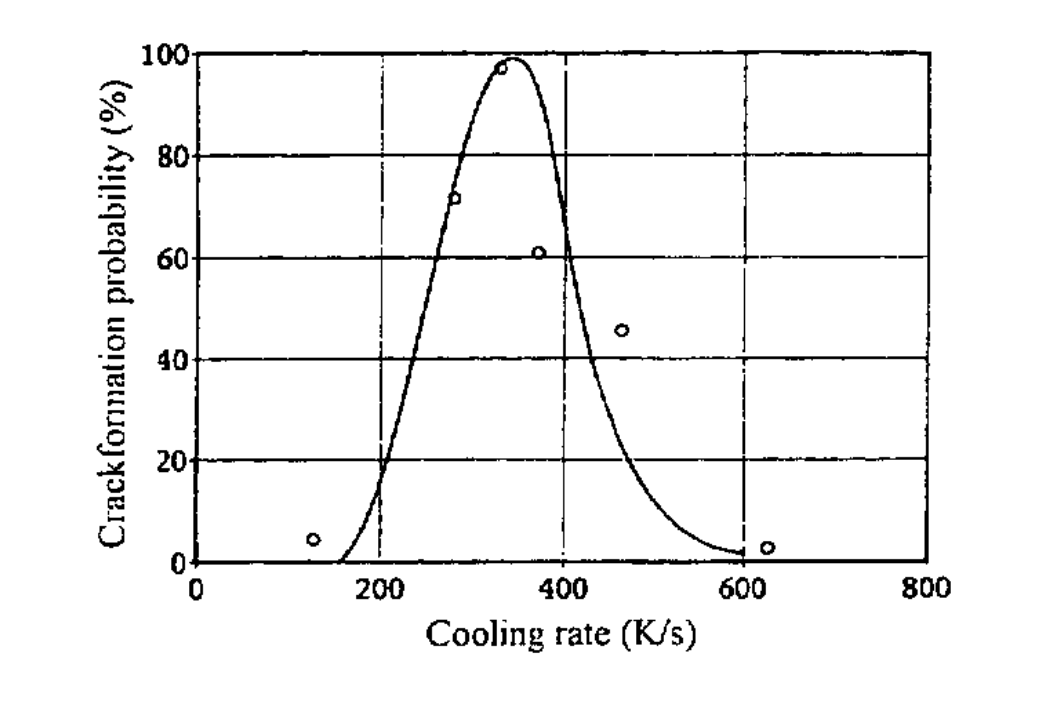 so, can we excepting maximum hardening depth, minimal cracking and distortion and eliminated fire hazard by quenching high alloy tool steels by quenching in circulated brine instead of oil ?

The quench all depends on the grade of steel that you are working with. Each steel is specially formulated to be used for a specific type of application. As others have stated you need to narrow down your material then investigate from that point. I don't know how anyone could answer this vague of a question with any accuracy.

The following list gives a brief description what each Grade of tool steel is:

Most of these materials are tested by time and usage for decades and most heat treat companies have perfected the processes they use to ensure a good finished product.

Every type of steel will react different to one specific heat treatment. This why there are so many methods. Each method is used for a specific purpose. So to answer your question broadly, no brine cannot be used for all types of tool steel and still have a good product. Some will crack some will distort. each type of steel needs to be quenched so the steel can accurately cool down at a specific rate to get the desired end result for each type of steel.A brine bath will not do this for all tool steels.

I would say it really depends on the tool steel being used. I read that its recommended for water hardening steels to be quenched in a brine solution opposed to straight water, so perhaps there's some validity to the statement. Whether or not you can quench an oil hardening steel in water/brine, id imagine water quenching an O type steel would "shock" the part too much, promoting cracking of thin sections and brittleness. I also wouldn't try and quench an air hardening material in a liquid for the same reasons.

Not the answer you're looking for? Browse other questions tagged mechanical-engineering materials steel metallurgy or ask your own question.

10
How can the alloying materials of recycled steels be separated?
4
What stainless steels are good for induction heating?
6
Schaeffler, De Long, and WRC welding diagrams - which steels can be used?
4
How to select the correct grinding wheel type for precision grinding of tool steels?
4
Do the steels 1.4404 and 1.4571 look the same?
1
Do the steels 1.4404 and 1.4571 have the same corrosion resistance?
2
Is there is vanadium-free high speed steels?
3
what actually cause quench cracking ? non-uniform cooling or rapid cooling?