How far can I drive an electric bicycle with a 250 watt engine using three serial connected 12 V motorbike batteries?

Trying to research the feasibility of this. I would like to serial connect three 12 V motorbike batteries and use them to run an electric bicycle. Maybe batteries similar to DYNAVOLT Motorcycle GEL Upgrade Mg5-3b Battery 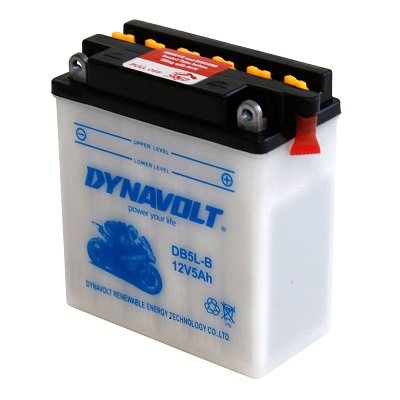 So how far would I be able to go with this solution? A rough estimate would be good too. Would it work in practice? I have seen a YouTube video with a guy powering his electric bicycle with one single 12 V battery so it should at least work to some extent.

As a first approximation.

Those batteries are rated at 5Ah (more on this later).

At full power a 12V 250W motor will draw about 21A so on the face of it one battery will give you about 15 minutes of operation at full power.

However standard lead acid vehicle batteries don't really like being used by this, they are designed to give short bursts of high current for starting and then be slowly recharged so a constant load doesn't do them much good nor does fully discharging them so you are never going to be able to use the full capacity and ideally you want batteries specifically deigned for deep cycle use.

In terms of estimating power requirement you are probably better off looking at data of the power output of cyclists rather than trying to estimate the actual loads on the bike. A professional cyclist can generate something like 200-300 Watts for hours on end so something like 150W+ is probably a reasonable working estimate for casual cycling.

Of course as you add weight you will also need more power, especially in stop/start riding and climbing hills, at a constant speed on the flat weight makes much less difference.

A lot of powered bicycles have a motor rated for the average expected load which is supplemented by pedal power for accelerating and climbing.

You may be able to extend the range a bit with a regenerative braking system but again that comes with a cost of added mass.

Estimating range is more difficult but this calculator may help obviously that is aimed at competitive cycling but it is at least real world data.

But that would more power than your 250 W motor can drive. You'll go slower for about 45 min.

Not the answer you're looking for? Browse other questions tagged electric-vehicles bicycles or ask your own question.