What is the "quick bleeder valve" in this tool changer pneumatic schematic (and other questions)?

I'm building a CNC router around a HSD ES330 spindle motor that has pneumatic tool-changing ability. The manual recommends the following pneumatic circuit: 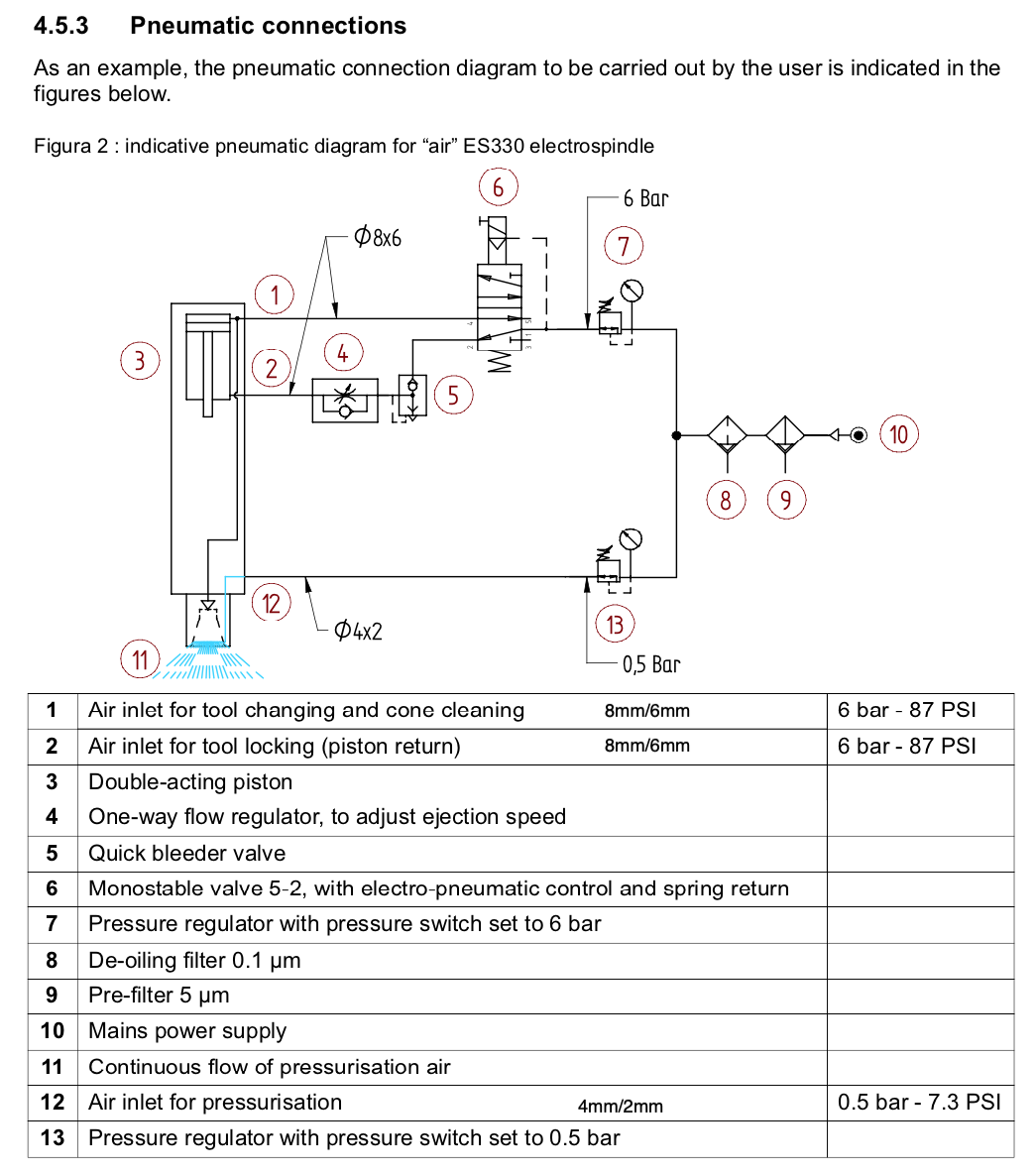 I'm not sure I understand the purpose of the "quick bleeder valve" (circuit element #5 in the diagram). Searching for "quick bleeder valve" doesn't turn up anything with that symbol, or a part I'm confident buying on McMaster-Carr. I know the one-way flow restrictor (element #4) is supposed to slow the tool ejection speed; I guess during tool unlocking, air returns via #2, but I'm not sure if that exhaust air escapes through the bleeder valve, or the 5-2 valve #6.

I do have a one-way flow restrictor (although I'm not entirely sure how to adjust it).

It's common for CNC equipment to use air pressure to manipulate tools and collets and mandrels and other "non-precision" mechanical components. In the case of tooling, the engagement sockets provide the precision, while the air pressure locks the collars to the mechanism.

Air pressure can be rapidly applied in a closed system, but not so rapidly reversed when using a pump, for example. Considering the cost of air (as in as free as air), simply releasing the pressure to the atmosphere resolves the question of what to do with it.

In your question, one can expect that the circuit will use air pressure to lock a tool in place, and when the sequence requires that the tool be released, the dump valve/quick bleeder valve/quick exhaust valve will be actuated.

I use the last term, because my search resulted in better returns for various valve suppliers with "quick exhaust valve" as opposed to any other terms.

There are mechanical exhaust valves (not applicable here) and solenoid exhaust valves, which become part of an electrical circuit to seal the valve and to open the valve. I found prices in the triple digit range, but also some lower cost items. This one is sourced from Australia, but included as a representative example rather than a solid suggestion. 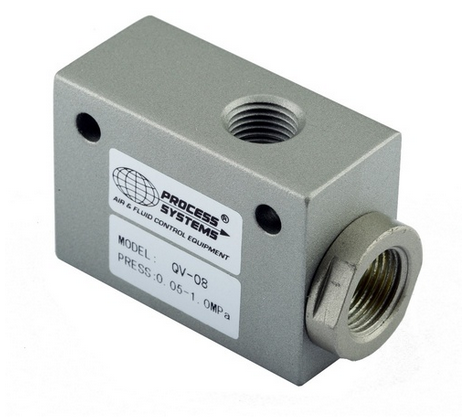 Depending on your system air pressure, it may be necessary to install an exhaust line or a deflector of some form. When the valve dumps, it will push on anything in line, which may be insignificant, or may be undesirable.

The link to the inline flow restrictor shows a reference to a dial and one of the photos shows gradations along the circumference of the fitting. It's difficult to see if there is a screwdriver slot for adjustment or merely something turned with a wrench.

Not the answer you're looking for? Browse other questions tagged pneumatic or ask your own question.

2
How strict is the direction of air flow in a single direction pneumatic solenoid valve?
1
What type of pneumatic valves would represent the valves in the schematic?
1
Best balance of electrical and pneumatic control lines in CNC router table?
1
How do I connect pneumatic components with metal tubing?
1
What is this pneumatic connector called?