Calculating energy loss from laser when shining through a material

When attempting to trap a particle in a laser beam i was able to achieve the effect. 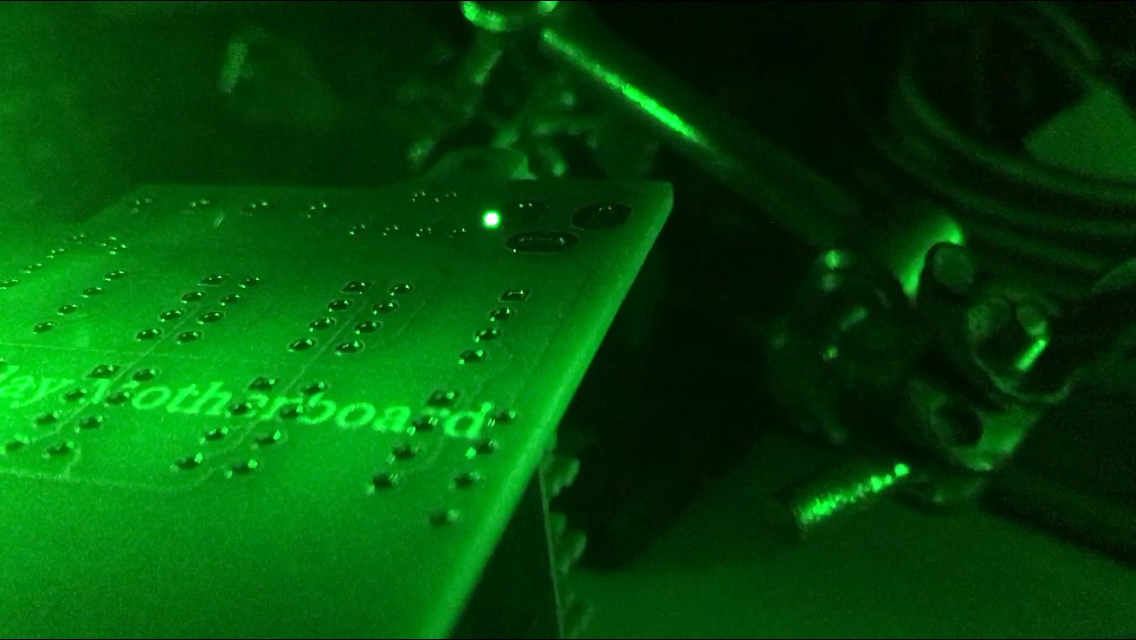 Pretty cool but now when i put of piece of plexiglass that is 1/8” thick i can no longer achieve the effect. The beam hits a focal lens when its diameter is around 6mm and focuses 50mm away. I put the piece if plexiglass 15mm after the focal lens. Now it is obvious that my 25mW laser will lose power but i wonder how, where, and how much? I imagine reflection and scattering accounts for most of it but there is more that plays a part. I want to know if theres a equation that takes a material, thickness, laser wavelength and power and will maybe give me my power on the other side of the material.

The equation you are looking for is

$I(z)$: intensity of the laser beam after the distance $z$

$I_0$: intensity of laser beam on the surface

$\alpha$: absorption coefficient (NOT the same as absorptance)

$z$: thickness of the material

When you plug the thickness of the plexiglas plate in as $z$, you get the intensity of the laser beam after it passes through the plate.

Note that the equation considers intensity instead of power, so you need to find the beam diameter on the surface of your plexiglas plate.

There are a number of things to deal with. The plexi has a reflectivity of around 4% per surface (see, e.g. this spec sheet , but minimal absorption. So pure loss is 8% (but will increase dramatically if you tilt the plexi sheet)

However, if you've placed the sheet between the lens and the focal point, you have not only moved the focus (see "equivalent optical thickness") but almost certainly induced some coma or astigmatism, thus spoiling the power density in the focussed spot. If you can track down a ray-trace application or even a webpage-based one, you may be able to get an estimate of these effects.

Not the answer you're looking for? Browse other questions tagged lasers or ask your own question.

2
How to handle reflections when cutting metal with a laser?
2
Is it possible to reduce the divergence of a red laser pointer beam from 40 degrees to 1 degree?
1
How can I build a micrometer diameter laser beam from a common laser diode?
1
Trapping a particle in a laser beam (optical tweezers)
2
Why laser cutting speed suddenly decrease when cutting sheets from 1 to 3mm thickness then stabilize?