I wonder, whether an equation

should give a geometrically sound design, where $R$ is the tooth count for the ring; $P$, for the planets; and $S$, for the sun. 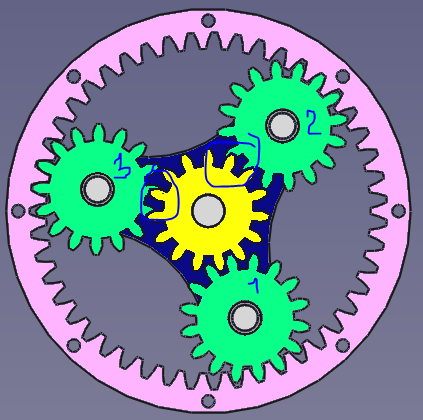 Does the equation above guarantees, that the gears will fit each other? I now tend to think, that it does not take into account assemble-ability. Or perhaps I made a mistake somewhere.

Module is 0.9. Centre circle of planets was calculated as:

I double checked everything and didn't find any mistake yet.

The gears should be precise, I used "Involute Gears" macro in FreeCAD, which should provide a proven correct gears. The carriage is based on precise fully constrained sketch and the parts are assembled in fully constrained assembly. Thus, there should be no imprecisions here.

Where I would look for possible mistake (but didn't findany) is the position of planets against outer ring and sun (calculated as shown above), imperfections of outer ring, which is produced as subtract shape of involute gear with 47 teeth from a disk. And starting rotations of the gears for assembly. 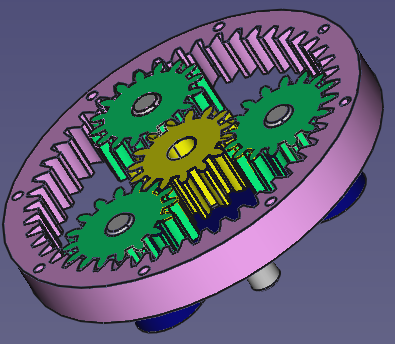 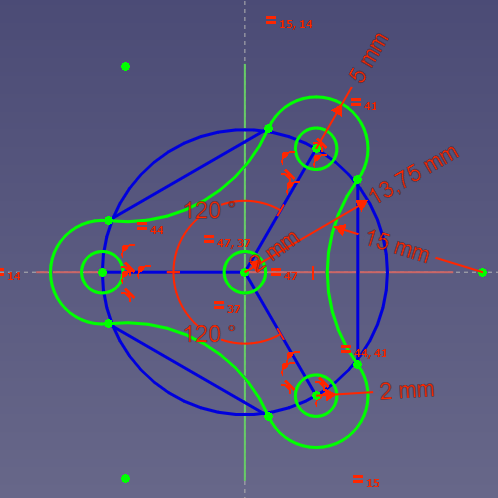 But what I'm thinking is, if it is even that easy. The outer ring has 47 teeth, which is a prime number (and selected on purpose, because correct gears should employ prime numbers and have to care about a common divider), meaning that one third (we have 3 planets) has 15,6 teeth. And that means, that if you set the carrier sou that it points into the middle of the tooth with one of it's points, the other two will be offset from a center of a tooth by 6/10 of a tooth. While in the same time, the Sun has 15 teeth which are perfectly dividable by 3 and we can have it set with all three i.e. gaps pointing in the direction of all three carrier lines. This is confirmed by creating three lines constrained at 120° and rotating with one (other two follow), I cannot find any position at which would each line point at the same place on a tooth.

Now, I'm thinking, that this prohibits same condition for every planet. Meaning this is not possible to assemble (as is). But perhaps I'm missing something; the pointed simulator does depict same configuration assembled, but then it's only infographics which could cheat... 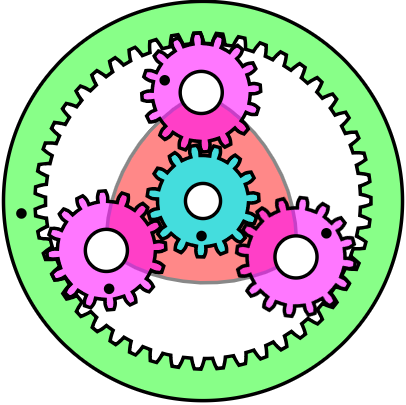 So issue is still open.

EDITED following removal of typo in original question and my mistype after counting teeth in the photo:

The issue seems to be in your definition of positions inside the modelling software - I've pulled your image into photoshop and done some minor adjustment, and it all seems to fit OK. Have a look at the highlighted blue line. Try arranging your gears like that to start, and then see if the other two drop in! 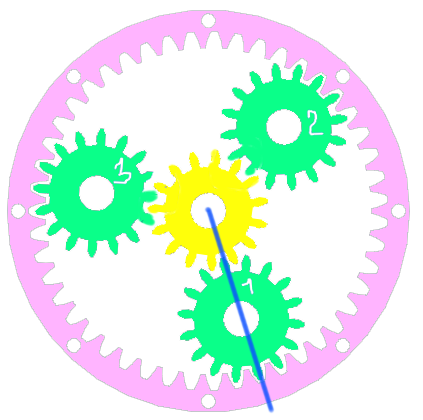 Have a look at the excellent simulator here: http://www.thecatalystis.com/gears/ for more insight.

You can take free control of the teeth on one of the three gears, and then adjusting one of the remaining values will automatically calculate the final number. Simply select your preferred configuration from the drop-down menu.

It seems there are two conditions required to produce a valid involute planetary gear set. First was already written:

And the 2nd priciple is, that the Ring and The sun have to have a common divisor equal to number of planets. 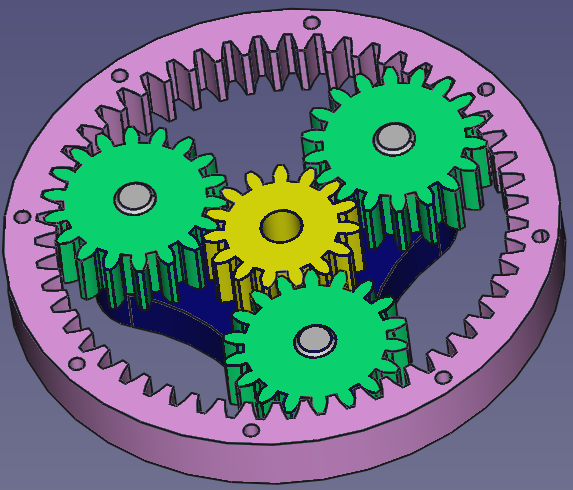 There is a simple formula to determine if your planetary geartrain will assemble:

I believe I found this in Dudley's "Gear Handbook" long ago.

The number of teeth on the planets does not enter into the formula.

Adding more: By Dudley's formula above, the gearset with R=47, P=16, S=15 should not assemble because (47+15)/3 = 20.667, which is not an integer. But these values can be plugged into http://www.thecatalystis.com/gears/, and the picture looks like it assembles just fine: 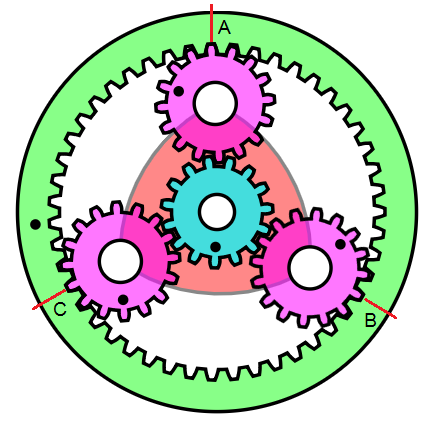 This formula provides a close to equal spacing of planet gears.

s = number of teeth in the sun gear

r = number of teeth in the ring gear

d = the number of degrees between planet gears