What's the difference/advantages/disadvantages to a tower with a moving jib, vs a flat jib

Apologies if I've got the terminology wrong, I'm in now way involved in engineering, but I work in a high rise in a city with a lot of construction going on. I see a lot of different types of cranes, and it's got me wondering.

The two most common types I see are (I think) both tower cranes, however Some have the classic T shape, where the arm stays level, whilst the others have an are that raises up and down. Both types seem to be working on the same types of sites, so I've been wondering what the difference between the two types are, and why you'd pick one over the other.

Here are examples of what I'm talking about: 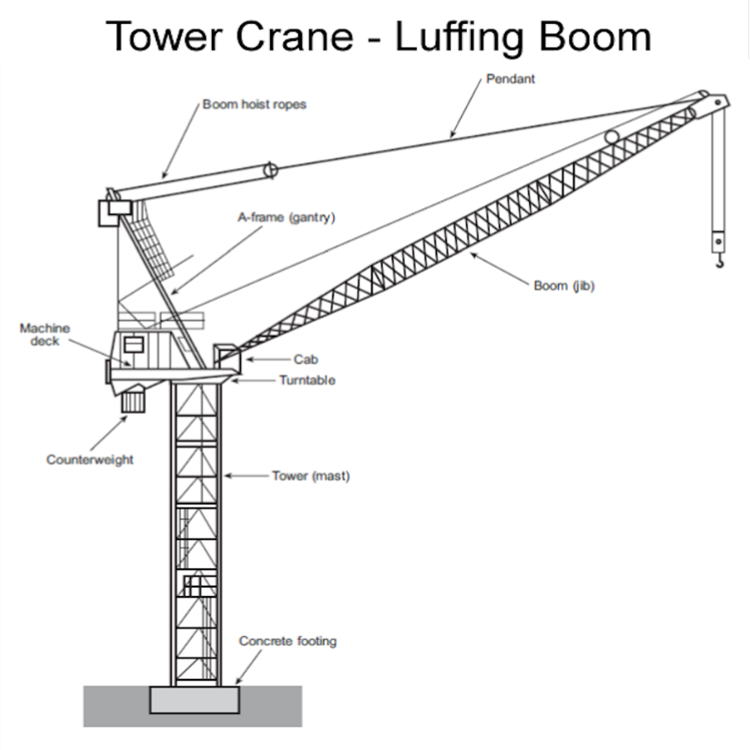 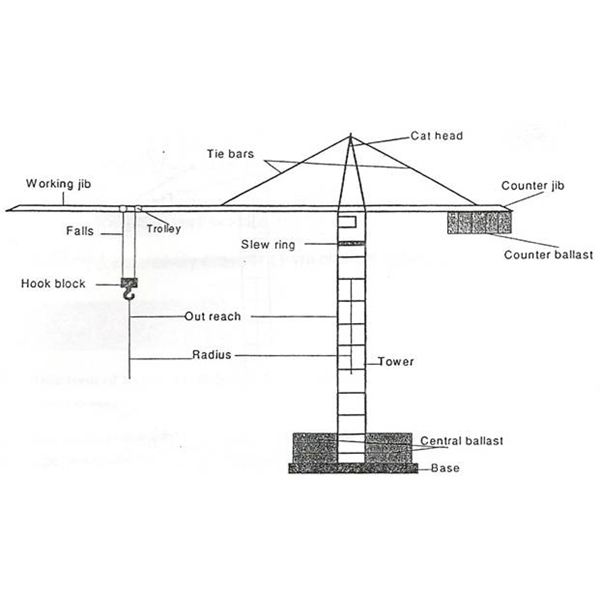 The key benefit of Luffing Jibs, is their ability to park at night in a smaller radius. When a crane is 'out of service', it's a requirement that it is able to 'weathervane'. This means that in high winds, the jib must always rotate such that the jib is facing downwind, and the ballast serves to counteract the rotation force of the wind. Consequently, it must be impossible for the jibs to hit one another, whatever direction they are facing. For multiple 'saddle jibs' (classic T shape), they get around this by setting the jibs at different heights, so that they overlap. They still can't have the towers close together than the length of the lower jib, however. 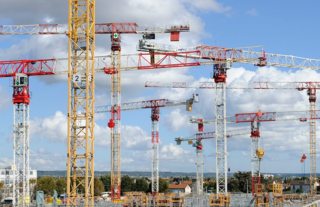 With the increase in pre-fab, it's often desirable to fit more towers onto a single site. Furthermore, strict overhanging regulations in cities may prevent you from siting a saddle jib close to the boundary of your site, in case it swings over (or hits) neighbouring buildings when free-slewing at night. A luffing jib can be parked at a steep angle, and thus with this smaller out-of-service radius, you can fit more cranes onto the site, and stay within the overhanging regulations. 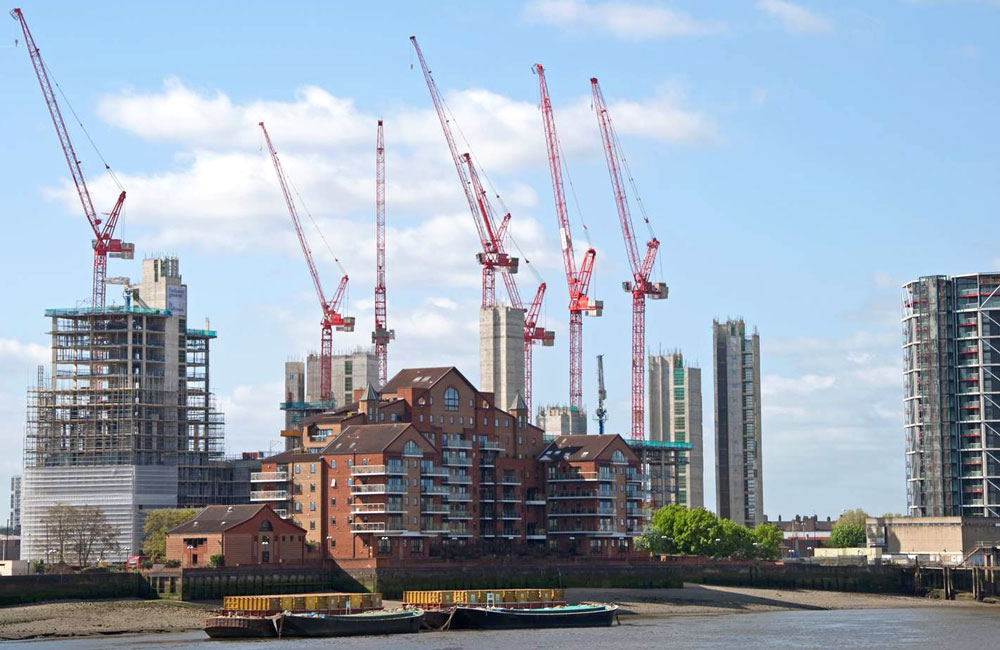 There is a trade-off, however. If you try to park your jib at too steep an angle (over ~60degrees), the jib no longer has enough leverage to rotate the slew ring around under wind load. This is why you now sometimes see a solid 'rectangle' in the tip of a luffing jib. This is a 'windsail', and is literally a sheet of steel (sometimes fabric) designed to increase the surface area that the wind can push against, allowing an even smaller park radius compared to a traditional luffing jib. 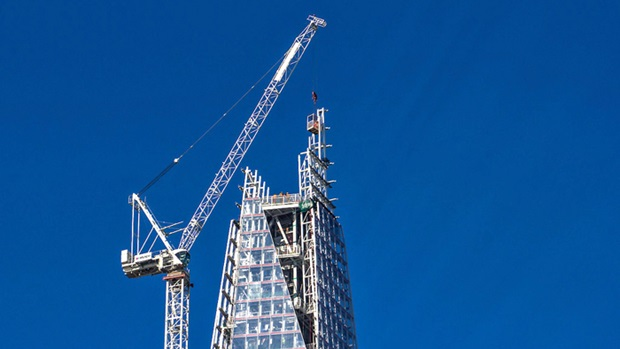 If you want to go tighter still (over ~75degrees), you need more area again, but, if you have a large fixed sail, that would make driving the crane in service very difficult under a light wind, and would limit the maximum wind speed under which it would be safe to operate the crane. The solution is to have a retractable windsail, which is deployed at night, and retracted when the crane is in use. 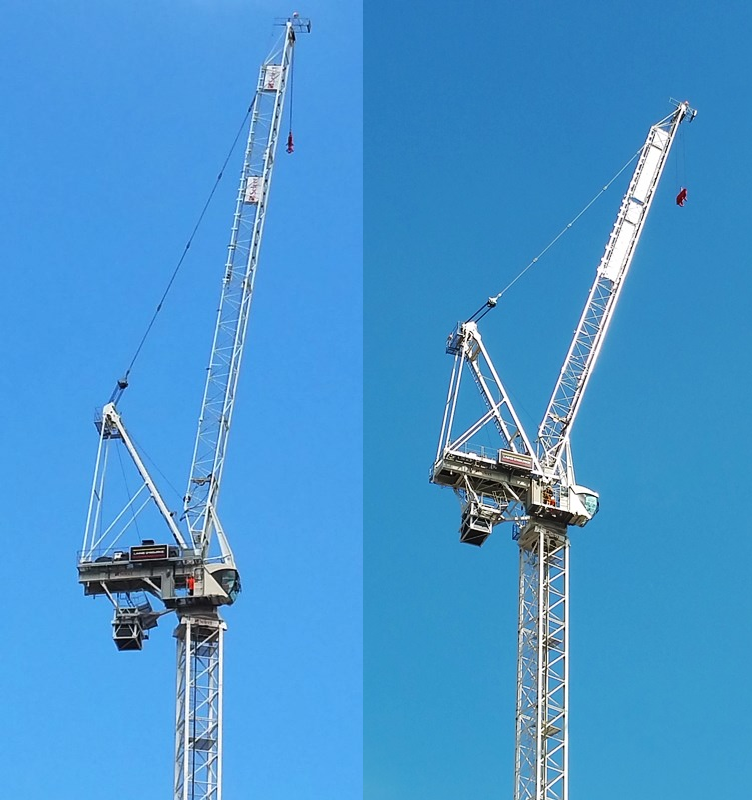 his innovation was a key part in Select Plant Hire being offered the contract to supply cranes for the Shell Centre on London's south bank, which had 21 cranes on a single site, 17 of which required retractable windsails. This allowed them to offer a faster production schedule than other companies that couldn't get so many cranes into the space. 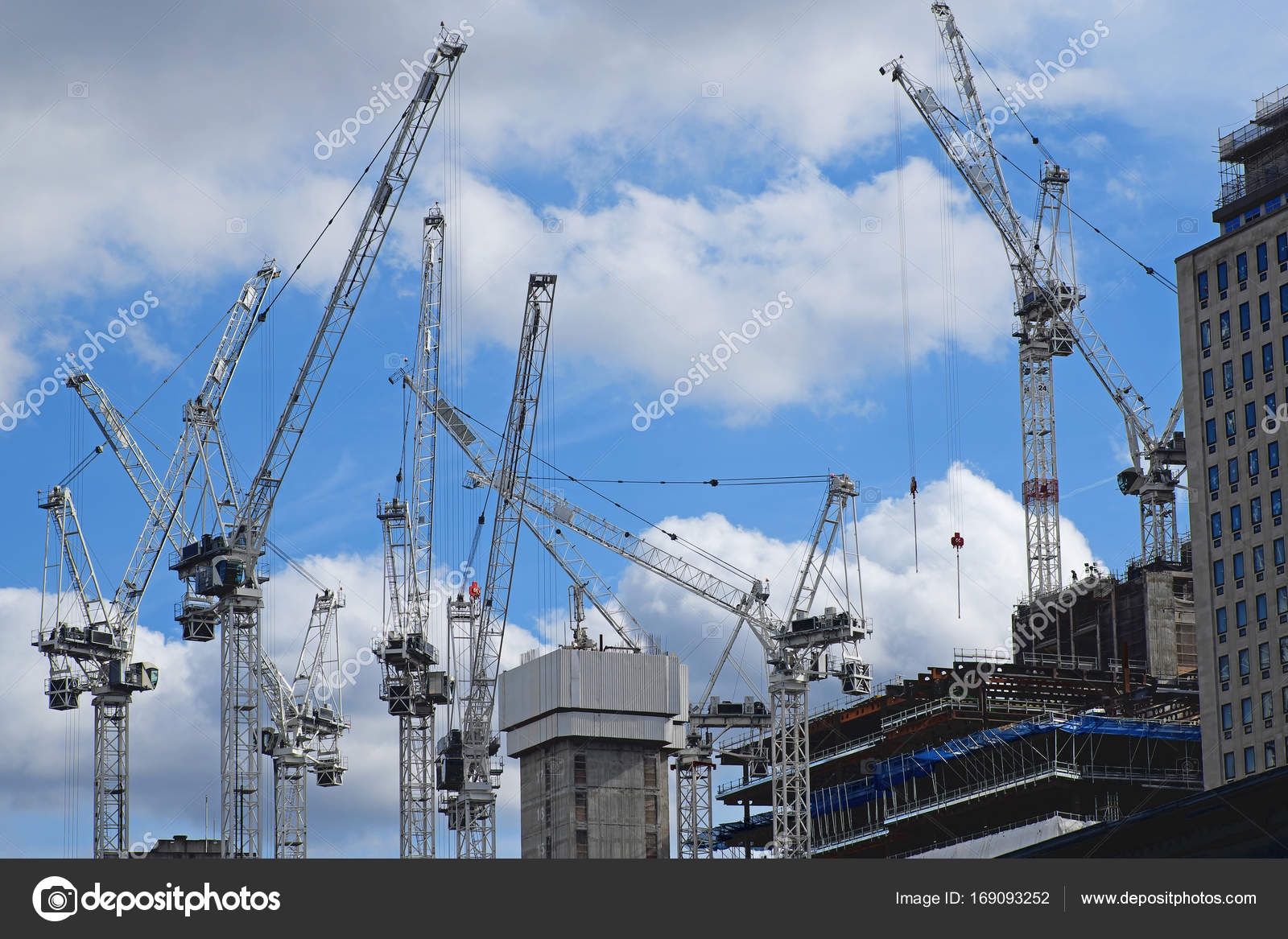 As far as I'm aware, saddle jibs are just more simple, and consequently a bit cheaper to use, and are used where possible by default. When you see a mixture of cranes on site, it's likely that the luffing jibs are sited near the edges, where overhanging regulations are an issue, with saddles in the middle to save money. 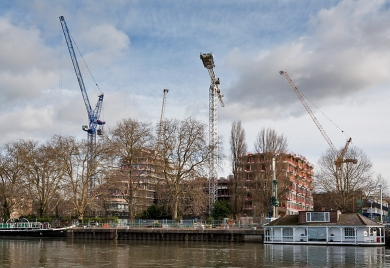 Not the answer you're looking for? Browse other questions tagged building-design or ask your own question.

2
What's the purpose of these small closet-like-rooms-without-a-door?
5
How does infill material affects the capacity of a tubular section with H-section inside?
3
What is the effective depth of a beam with two layers of tension reinforcement?
5
What are some advantages of masonry over prefab for homebuilding, or, why are prefab homes so rare in the United Kingdom?
5
What's the concrete core for in a building?
0
What is the Difference between ASCE and IBC Code?