The problem as well as my work so far are in the image. 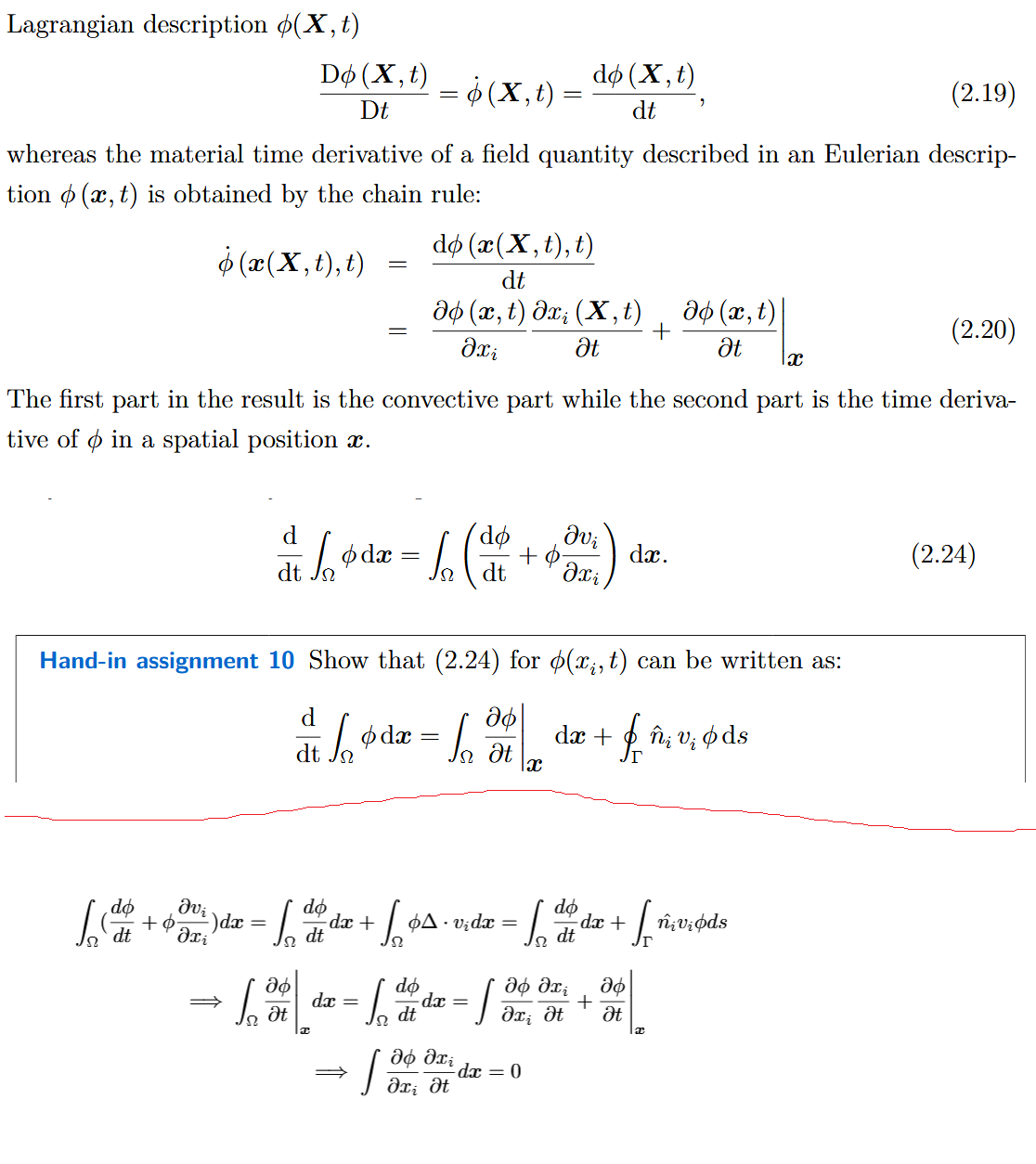 I begin with equation (2.23) and use the divergence theorem to express the second term as the surface integral part of the problem equation. From there I quickly end up with what appears to be an equation stating that the partial derivative of the scalar field at x is the same as the full derivative. This would imply that the integral of the convective part is zero. Since this is a general case I don't think I can make that statement. Either I've made a mistake somewhere or I am not seeing how to proceed from here.

Would appreciate help in figuring out which of those two it is and how I should proceed from here.

One thing that caught my eye repeatedly is the definition of the function for the problem. By definition and context I believe it is assumed that small x is always a function of time and initial position X, as in equation (2.20). Also, I do not fully understand why the second term of the final expression in (2.20) has to be evaluated at x.

1
Eulerian and Lagrangian descriptions of velocity
1
Parallel Axis Theorem for x and y Shift
3
Differential Equation for: Locking a laser's frequency with a PI controller
4
Practices used for making a material light weight and giving it more strength