3d printing is a slow process and for my solution I need fast printing. So I print with no infill and I fill inside with a two part, 10 min drying polyurethane resin. I mix them in a disposable cup and use a syringe to put it inside. It gives super results as it is both sturdy and lightweight so I recommend this method.

My problem is that if the print has a high volume, the mixture begins solidifying inside syringe. So I need a device which can mix parts and apply it on the spot. Below is a crude drawing of what I need. Is there a name for such a device readily avaible or will I have to build it myself? Or any other advise is appreciated. 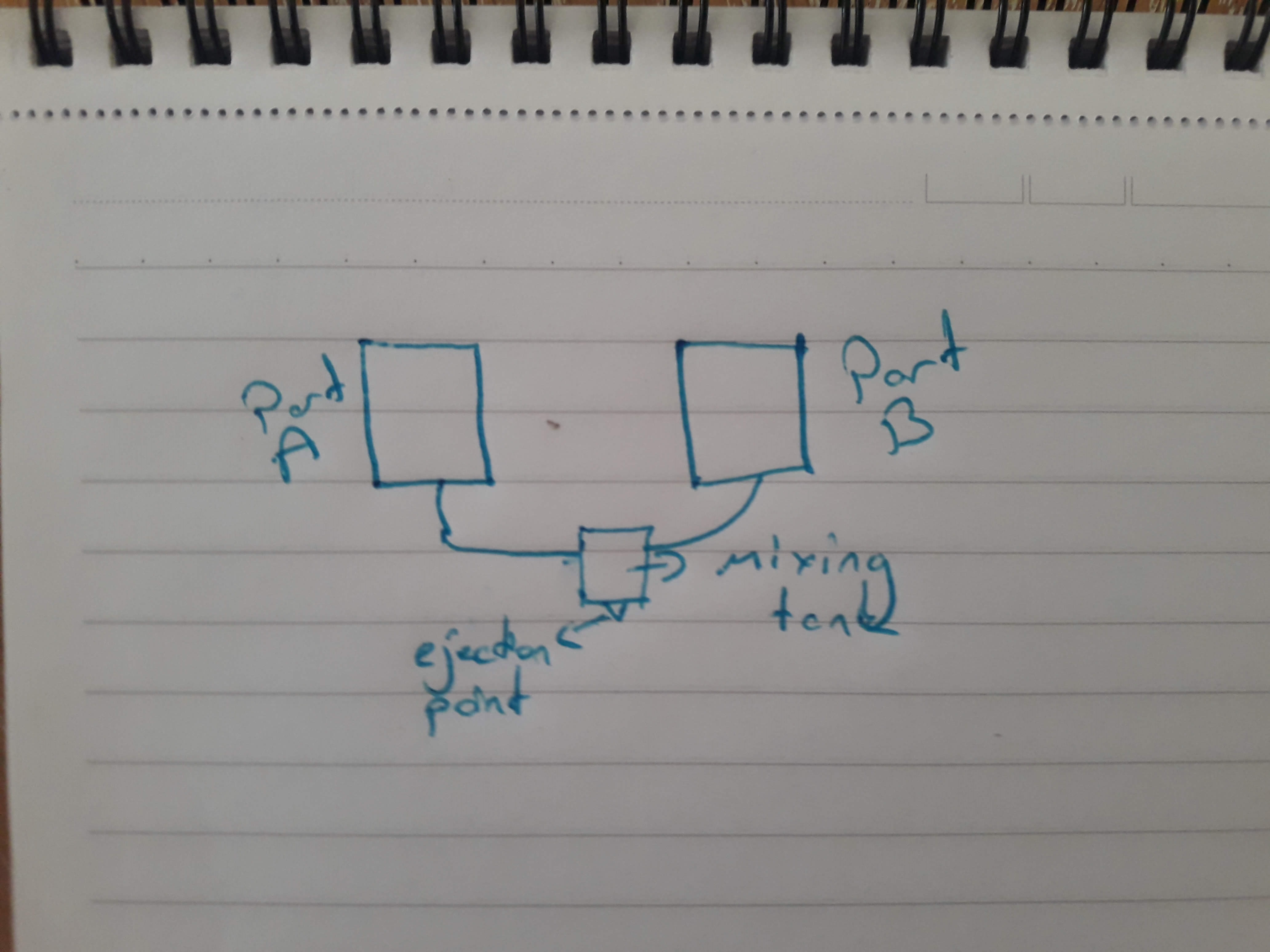 What I have tried so far:

there is a device called a mixing tube or mixing nozzle which is used with industrial-duty epoxy dispensing systems. it clips onto the dual-nozzle outlets of a pair of syringe tubes that are molded together into a single unit and filled with the 2-part glue composition of your choice.

This assembly then snaps into a hand-operated ratchet dispenser which forces the two parts into the mixing tube, which contains a series of twisted baffles that fold together the two substances so by the time they emerge from the other end of the tube, they are thoroughly mixed and ready to apply.

the tube is a single-use device as there is no way to clean out the mixed epoxy from the baffles and re-use it. However, the way you use it is by staging up a whole series of things to be glued and then dispensing the mixed glue until there is none left in the syringe tubes- at which point you remove the empty tubes and the mixing nozzle and throw them all away.

in the construction industry, there are many companies which sell two component epoxy and its applicator. which happens to be a double cylinder pump with a mixing nozzle.

These pumps do exactly what you need, they mix the two components at the final stage in a mixing nozzle. Some are hand operated, some have work with air pressure and some are electrical. I add the battery operated epoxy gun by "Read Head" Co. 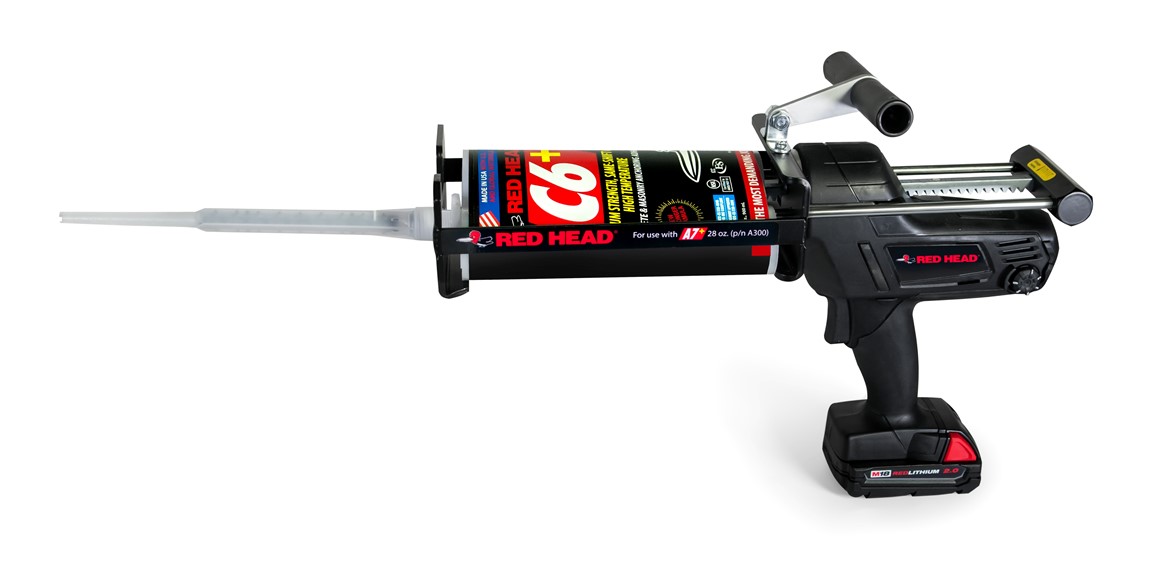 The nozzle is a plastic cone with spiraling inside blades designed to mix the two components and deliver to the fasteners.

Not the answer you're looking for? Browse other questions tagged fluid-mechanics applied-mechanics or ask your own question.

8
Dynamics Simple Pulley System - Stuck on the Process
7
Compound gear system ratio
0
How to best mix a viscous fluid, multiple mixers or a single mixer?
1
Compound gear system: Finding velocity
1
Moment of Inertia of a Rotor System
1
What are the difference between open loop and closed hydraulic system?
3
what is the physical interpretation of poles and zeros of a mechanical system?
0
Calculating the flow rate of a siphon system
1
Determine the reactions on supports A and C and write the functions of the internal forces for the beam sections AB