How to calculate bearing loads in a two stage helical gear box? 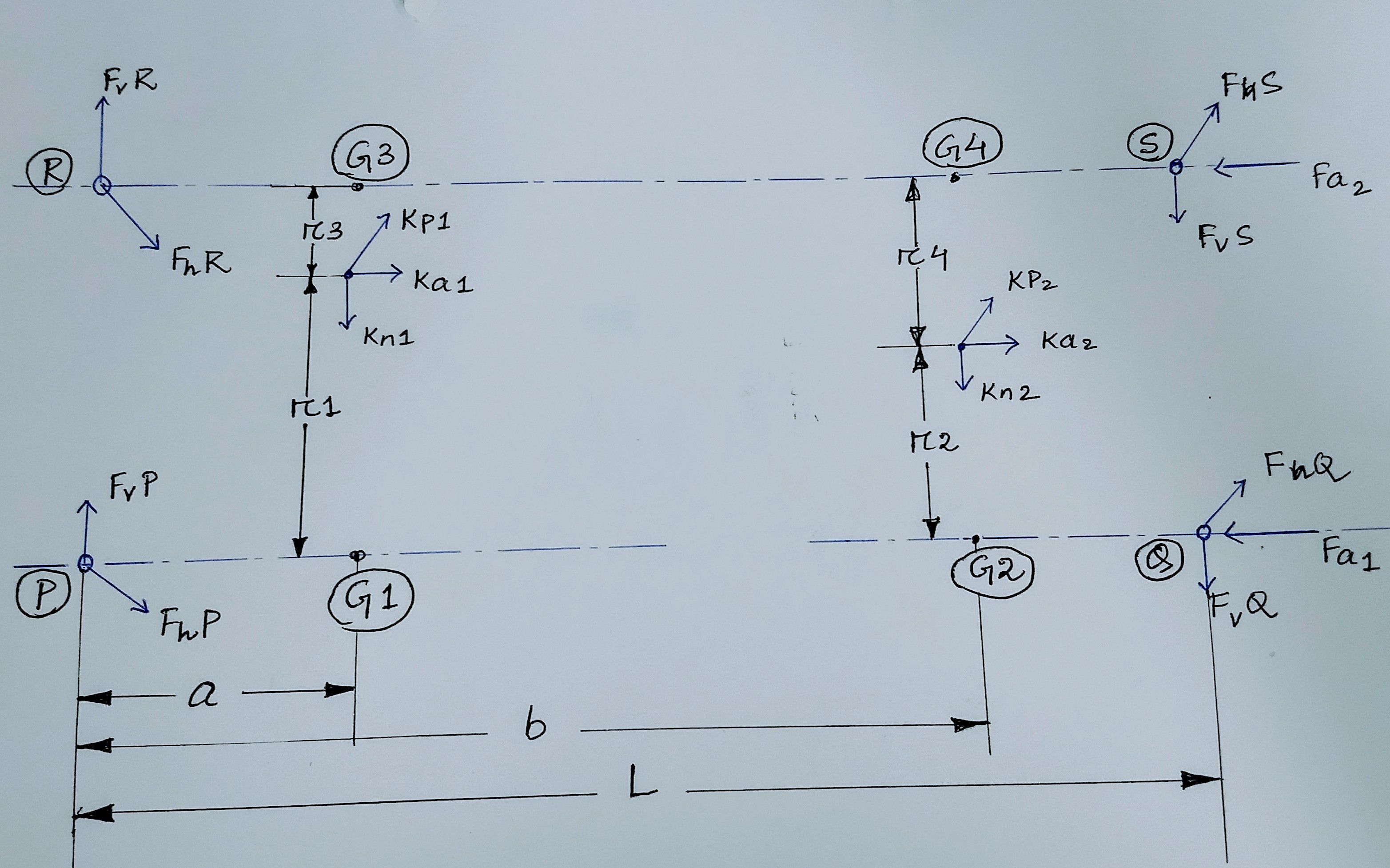 I have calculated all the gear forces but i am confused about the calculation of the forces. will be solved using moment equations?