I am working on a linear actuator for a valve.

Wondering if anyone out there can point me towards the tolerances that are used for valve lift in a typical internal combustion engine using a camshaft? i.e. what is the plus/minus range that the valve lifts to?

Broadly speaking opening a valve further reduces flow resistance, at least up to point but more travel means greater acceleration and thus greater forces on parts, which is magnified as RPM increases.

Indeed with mechanical valves you get to a point where the return springs can't act fast enough and you starts to get harmonic effects where the valves themselves are no longer directly coupled to the cams ie 'valve float' which can be pretty serious.

Equally it is entirely possible in high compression engines that the valves and piston occupy the same space so if timing isn't right they can collide. In mechanically driven systems this should only happen if something breaks or the design rpm is exceeded (see valve float above) although even then many pistons have small crescent shaped cutouts to allow valve clearance. 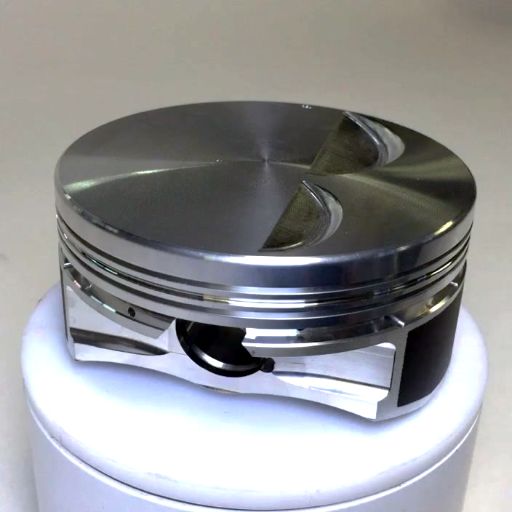 So the short answer is that the most important tolerance that the valves and pistons absolutely can't occupy the same space at the same time, everything else im more or less negotiable.

F1 engines have for a while now have used pneumatic valves as camshafts and springs just can't respond fast enough to 15k+ rpm.

Not the answer you're looking for? Browse other questions tagged mechanical-engineering valves mechanical tolerance or ask your own question.

1
How much is too much control valve cycling?
4
How to calculate indeterminacy of pin-jointed frame?
1
Operation of Fruit Blender-Mixer
0
Is it possible to use a vehicles own carbon emissions to shield it from wind drag?
1
How to constrain stepper motor inside case?
2
Throttle vs Choke vs Damper vs Valve?
1
How to mechanically attach a compression spring to a flat surface
0
What wire rope to use for a load-bearing telescoping lift, and how to secure it