I am trying to calculate the increase in pressure caused by liquid nitrogen at the moment it changes from liquid to vapor within a closed, constant volume at atmospheric pressure. Do I need to include the heat of vaporization? How can this be done?

You have some assumptions, so it's important to clarify the mechanism you are describing. I'll be assuming that you are describing a container filled with LN2 at the boiling point of LN2 under 1 atmosphere of pressure. Then this container is then left out in a room temperature environment while sealed off. The end result is - your container explodes. Proving it is complicated, but you wind up at pressures that far exceed most container's withholding pressure. While I know some thermodynamics, it's not my strongest area, so this may not be technically correct, but it gets a good ballpark estimate.

We begin by considering the phase diagram of nitrogen: 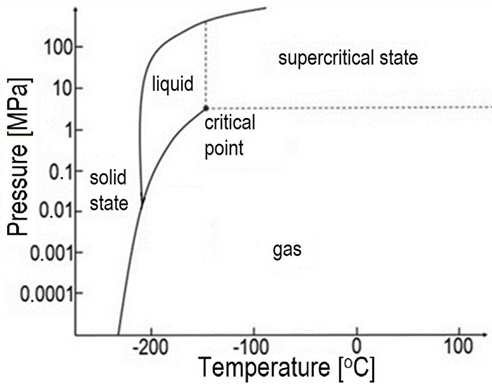 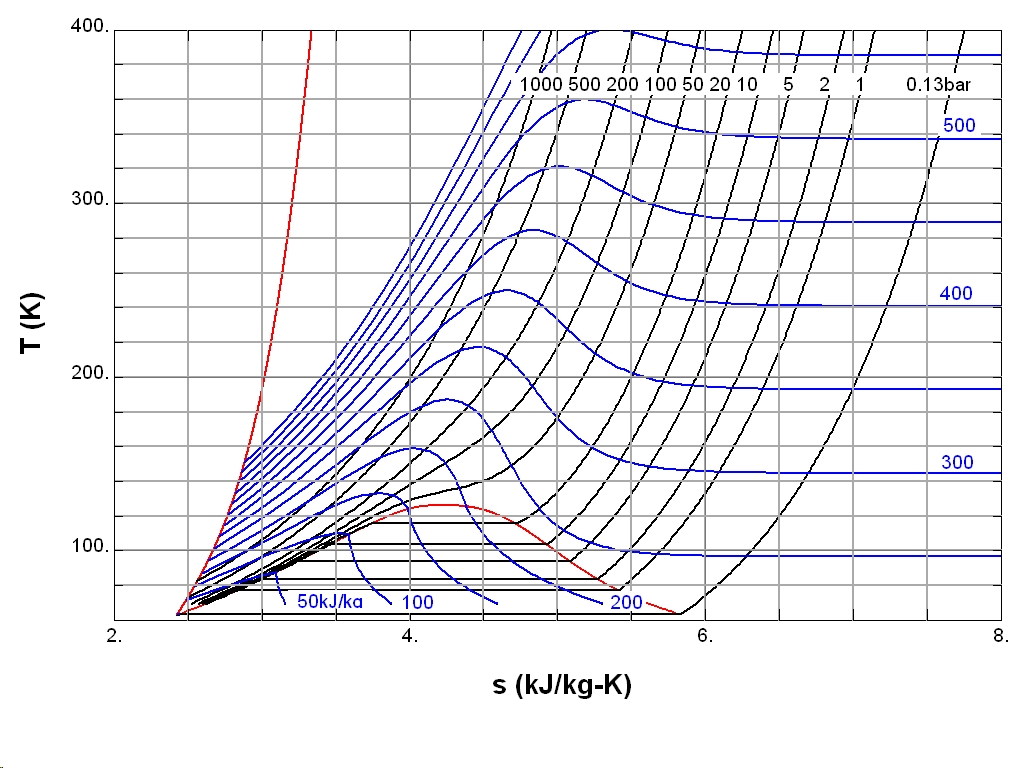 Link here and here because images are broken as I write this.

We would begin our journey at point "g" on the ST diagram. The two phases can be considered by considering a fraction x at point "h" on the diagram, at gas phase. We put a permeable barrier between the two phases and begin a set amount of heat flow into the system.

As the internal energy increases, some portion at "g" crosses the barrier into "h". The result increases in pressure and entropy. As such, we move further up the dark red lines, since each phase can cross the barrier. After enough energy, the system reaches the critical point, at top of the dark red peak. I'm not sure how to write the equations to calculate how much energy or what the time it would take, but once we reach this point, we've reached supercritical nitrogen between 20-50 bars. This difficulty is resolved easily in practical engineering via the use of a steam drum, a piece of process equipment that safely separates the phases while preventing bumping. However, advanced techniques today allow the resolution of multi-phase flow and multi-phase heat transfer.

From this point, the process would follow an isochoric process. While hard to describe using a TS diagram, a similar diagram for steam will confirm that isochoric processes gain relatively little entropy compared to the pressure they gain with a rise in temperature. Doubling the temperature nearly has a 10-fold increase in pressure. With such a significant rise, the only conclusion I can arrive at is that you would be at a pressure that would be best measured in units of GigaPascals (GPa). In short, this would most likely destroy your container.

Not the answer you're looking for? Browse other questions tagged pressure liquid vaporization or ask your own question.

10
Are all pressure-volume processes polytropic?
3
Working out pressure drop from leak rate
3
How do temperature and pressure influence the rate of evaporation of water in a closed vessel?
0
Relationship between Pressure and volume with Air
1
Measuring vessel pressure scenario