Is there any need to consider loading sequence in construction stage for structure analysis?

Load sequence in phases can be considered applying the self-weight load only to the story added in the appropriate phase.

Assuming that the material will not go into yield stage ( will always be at the elastic stage), is there any need to consider load sequence in construction stage for structural analysis?

I think there is no need, because no matter what, the final finished structure should always have the maximum loads at each floor/element, whereas during the construction, each floor/element loading is only partial. So if we consider the final structure analysis, we already consider everything adequate for design. No?

But why code of practice still recommend it?

This can be seen with the trivial structural model below. The first two structures represent the two construction phases, and the last one is the complete structure with all the loading. Here are its axial results. 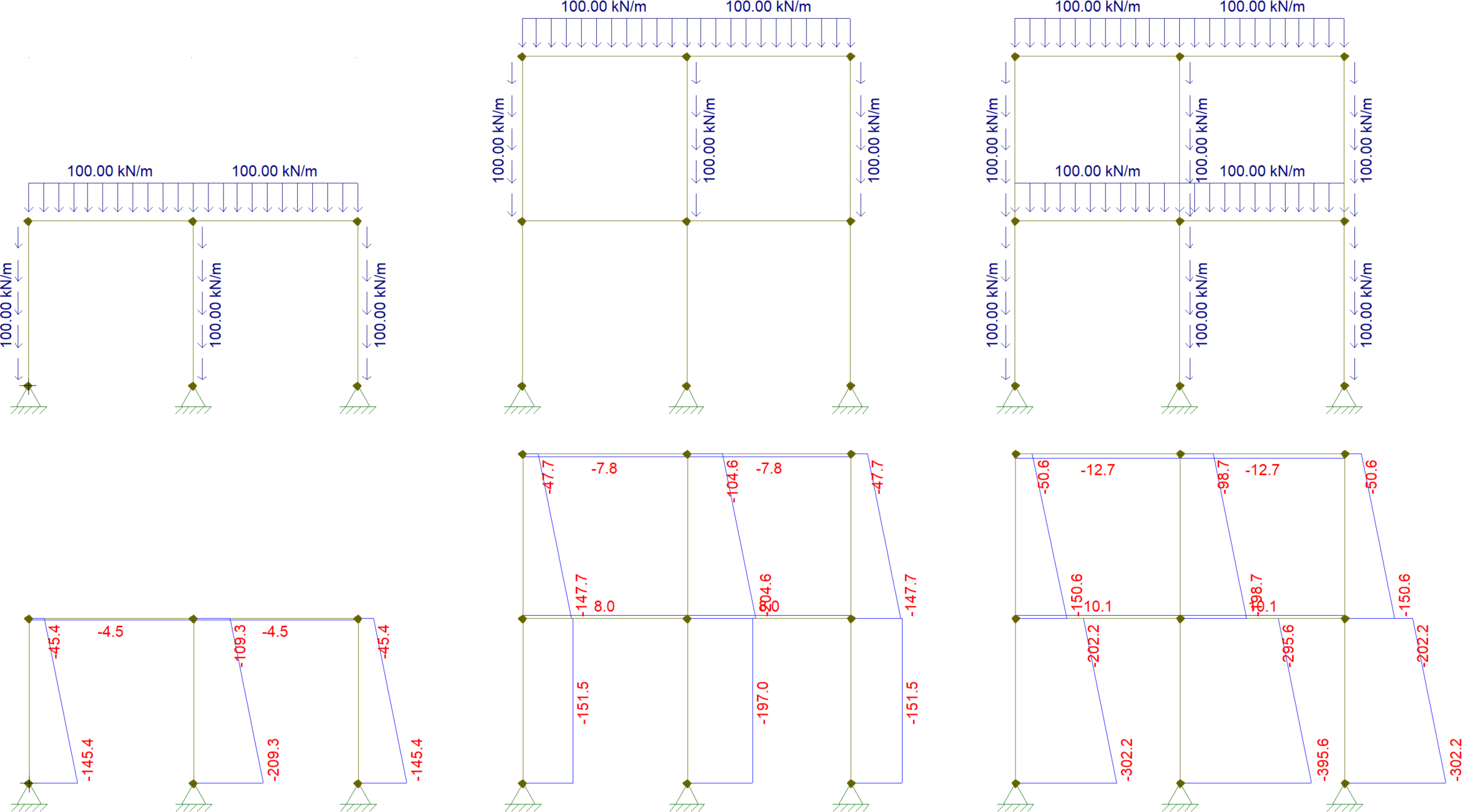 Note that the compression at the very top of the right-most column is different between the second phase (47.7 kN) and the total structure (50.6 kN). Indeed, every single one of the values is different between the total structure and the addition of the first and second phases. For example, the base of the central column has 395.6 kN in the total-structure-total-loading case, while the addition of both phases gives us $209.3+197=406.3\text{ kN}$.

Well, the reason is that the completed structure is applying the loading of the first phase on the whole structure, when in fact those loads are only being supported by the first phase. Compare the results below: 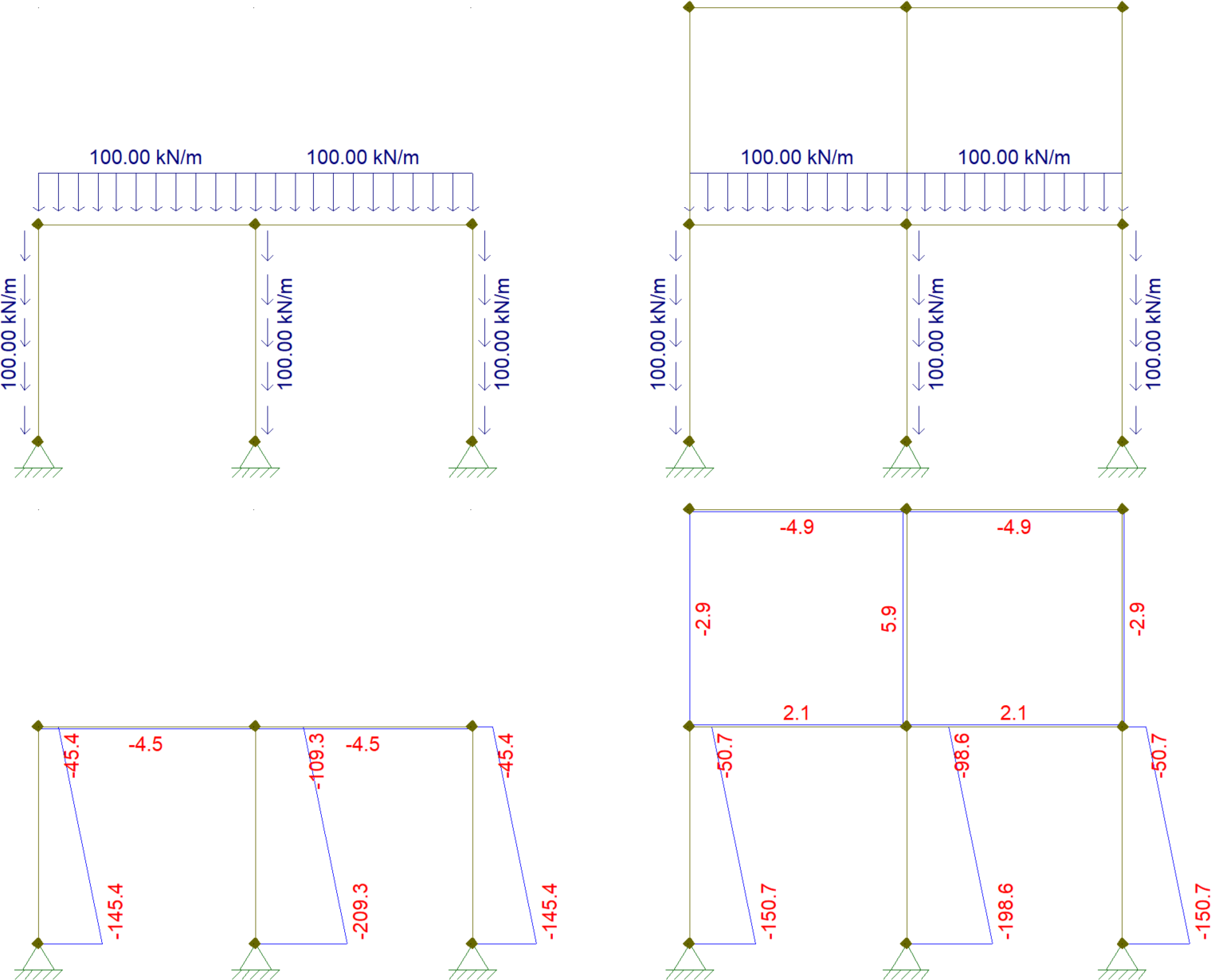 The existence of the second level is causing the loads to be redistributed. The central column is under less loading, while the outer ones are supporting a greater portion of the load. Hell, the second phase is even presenting forces even though it didn't actually exist when those loads were applied.

So, why does the existence of the second phase modify the results from the loading of the first phase? To get an intuitive understanding, let's look at the structure's deflection. But let's do so while telling a story.

The story starts by assuming the second phase is only composed of the external columns, with no central column and no second-phase beams. In this case, the loads from the first phase cause an "inwards" rotation on the top-external nodes of the first phase. Since we're assuming the second-phase columns are also there, those columns also get rotated. However, this is a solid-body motion, with no deformation and no internal forces or moments generated. 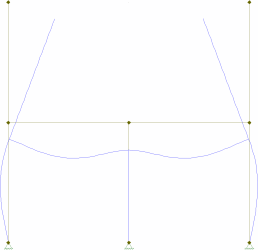 Now, the real second phase obviously has the beams, so let's include them (while still leaving the central column out). The current deflection of the external columns will obviously cause a shortening of the beams, so they'll be under compression (as can be seen in the axial results above). However, every force has an equal and opposite reaction, so the compressed beams will also push the external columns outwards, counteracting the vast majority of the inwards motion we see above. Indeed, the beams in my model are so axially stiff that they barely budge horizontally at all, such that the columns feel as if the node is almost fixed in the horizontal direction. In this case, the top of the second-phase columns ends up rotating outwards, and the beams suffer negative bending moment (as can be seen by their deflection which causes tension on the upper fiber). 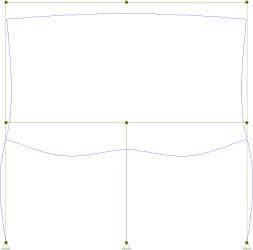 Note that if the axial stiffness of the second-phase beams were very low compared to the columns' bending stiffness (and I mean low, given elements' natural inclination to be much stiffer axially than under bending), they wouldn't offer much resistance to the external columns' desire to move inwards, and would actually present positive bending moment (tension on the inferior fiber): 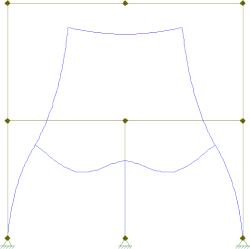 In this case, it's possible that the structural behavior is different, with the central column absorbing loads from the external ones (the unloaded second phase presents tension in the external columns and compression in the central one). However, for this particular model I had to use unreasonably low axial stiffnesses to achieve that reversed result.

An argument could be made that over time, due to long-term redistribution effects, the loads will in fact approach the "total structure under total loading" results. But that's beyond the scope of this question.

Also, depending on the precise type of structure, the phases might be independent from one another (due to the existence of hinges, for example). In that case, yeah, the results should be the same.

If anything, I'd suggest doing an envelope of results between "sum of each phase" and "total structure" and designing members for the greater of the results.

Also, this analysis is obviously only valid for permanent and construction loads. Once the structure is totally built, all variable loads are supported by the total structure.

If all the material stays elastic at every step in building the structure, you are right that the final analysis is all you need to consider.

But … how do you know all the material will stay elastic, unless you analyse all the steps in the construction???

So you DO need to do the analysis, in order to prove that you DON'T need to do it!

Modern materials make it less likely that half-constructed buildings fall down, but it does happen. On a small scale, one of my neighbours was building an extension to his house, and over one weekend a storm blew down a 10-foot high section of brick wall which wasn't yet "built in" to the original structure. On a much bigger scale, the history of building medieval cathedrals in Europe contained many examples of half-finished buildings that collapsed, and had to be re-built after changing the design.

You are right that there should be no issue if the loads during construction never exceed the design loads. There are situations where construction loads may exceed the final loads, though. Here are a few examples:

7
What concerns would I need to consider for building a swimming pool of gold coins?
6
How to derive Equivalent Static Load for irregular structure modeled with FEM?
2
Tornado Safety: Basement or first floor interior room?
4
Accidental Torsion and Equivalent Static Load for an irregular structure
3
What are the principles (if there are any) behind the conservation of bending moment in frame analysis?
3
Is there a need to consider the moment generated by horizontal water pressure in a pool?
4
How to provide lateral support for adjacent masonry during installation of steel UC in an old cavity wall?
1
What criteria must apply for torsional effects on this beam to be ignored in calcs?
0
Maximum I-beam girder S12x31.8 span