Hoping this is the best area to ask this, mostly in the DIY and hobby world I've seen 2 engines coupled together to make a twin engine some so this for the zen of doing, but others do it to align the pistons I've noticed particularly in RC aircraft rather than buy a twin engine where the pistons operate at exactly the same time and I supposed matched this Introduces a reciprocating vibration that causes issues.

I've been hearing if you take 2 two stroke engines and couple them together with 1 at TDC and the other at BDC they cancel each other out and a guy on YouTube showed a video of one with a glass of water next to it barely moving.

What is the name for such an arrangement? Is there any disadvantage of doing this? Links to more information? I shall search for YouTube video as described above.

Well, the arrangement used for Volkswagen (air-cooled) engines was known as horizontally-opposed when I worked on them. The cylinders were slightly offset from each other and each cylinder had its own crankshaft journal, so not exactly opposed, but perhaps along the lines of what you were looking for.

I've also heard them called pancake engines, which might turn up some other search results.

On blacksmith37's excellent comment, here's what the BMW motorcycle version looks like inside (these days at least). 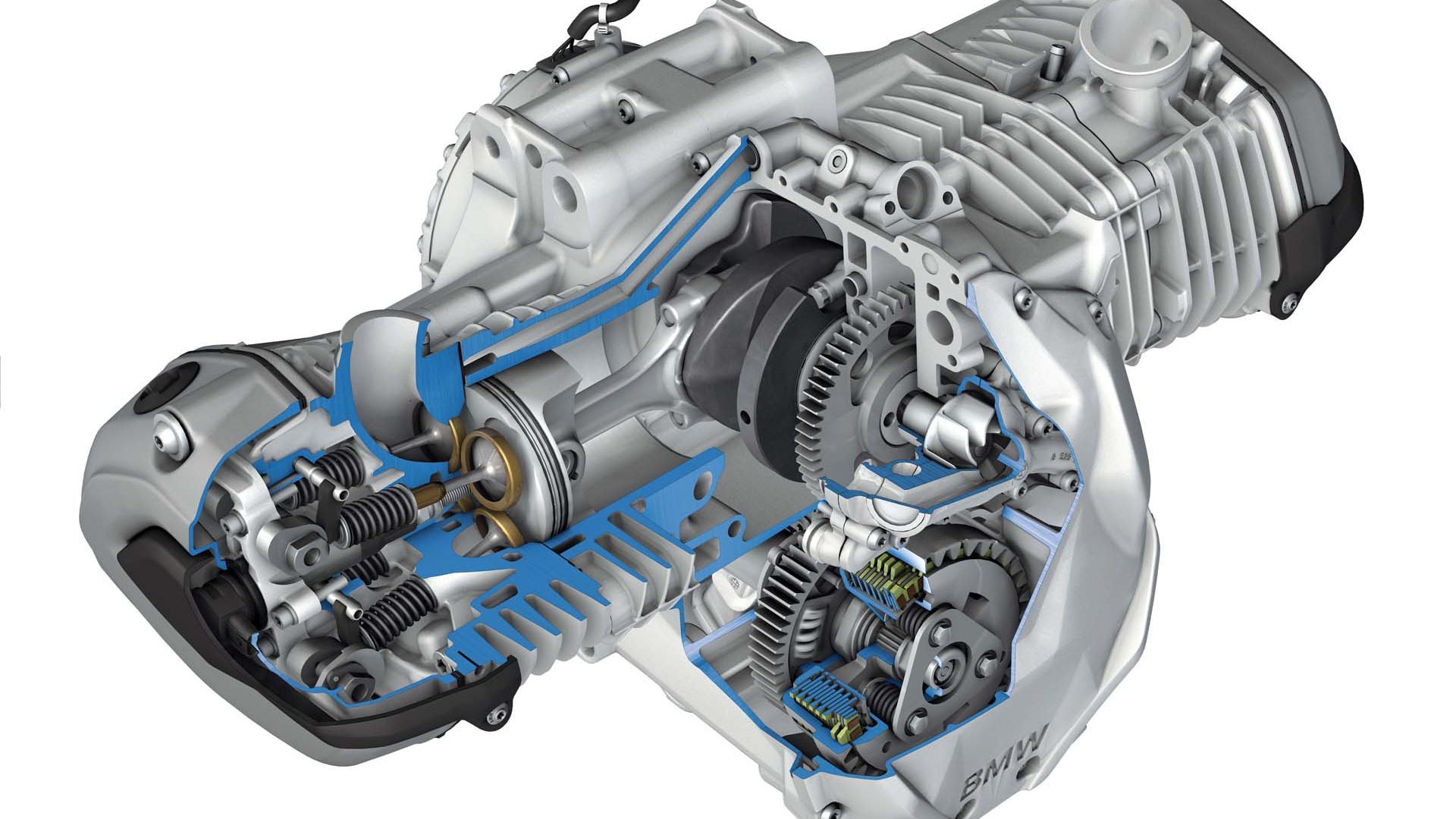 For some reason I never discovered, these were sometimes called "boxer" engines, which might provide another fruitful search term.

Not the answer you're looking for? Browse other questions tagged mechanical-engineering automotive-engineering vibration or ask your own question.

5
Coupling in a twin engine, tandem rotor power train
4
How efficient is the opposed cylinder combustion engine design?
4
How many power strokes per rotation in a 3 cylinder engine?
4
Engine capacity and number of cylinders
1
Is it possible to replicate a motorcycle engine cylinder head?
0
Resonance of 4 cylinder engine
0
How does vibration monitoring with engine power differ?