For an at-grade intersection of multi-lane roads, what are the (dis)advantages of a "turborotonde" or "turboplein" compared to a classical roundabout? 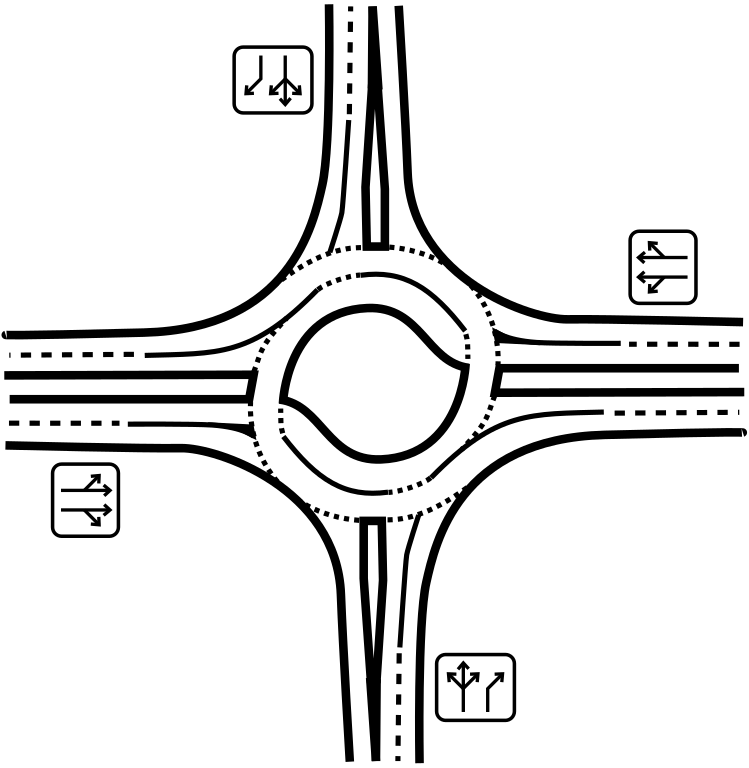 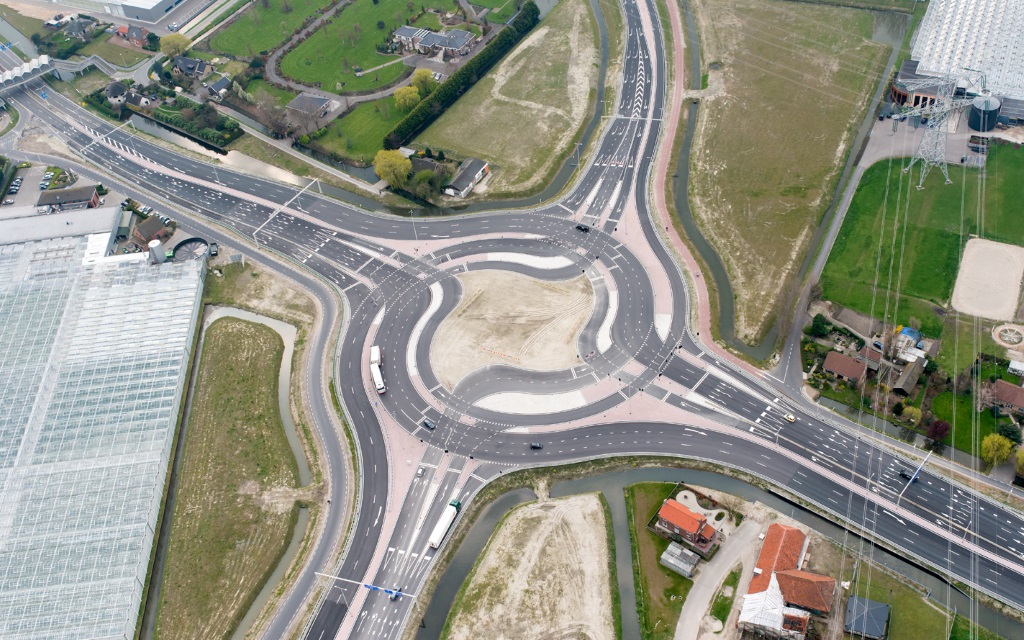 Compared to a classic multi-lane roundabout:

See also: Are there any turborotonde / turboplein designs with more than four exits?

For a turbo roundabout traffic has to commit to a direction in advance of the intersection. This means having a long approach and adding clear signs above the road.

Depending on where you put it people will be unfamiliar with the concept and do odd maneuvers, creating dangerous situations. Though this is temporary and extra signs can help with that.

You can add a U-turn path should the flow be big enough to require it.

Not the answer you're looking for? Browse other questions tagged highway-engineering or ask your own question.

0
Are there any turborotonde / turboplein designs with more than four exits?

31
What are the pros and cons of a traffic circle versus a traffic light intersection?