Do contiguous laser curtains exists? and if not are there any lenses that could spread a concentrated beam into a "planar" beam

The first photo is an example of a light curtain. I am certain that every individual beam is from an individual laser and receiver pair on both cases. Would it be possible to have one laser beam perhaps be directed from the top or side of the case to create a contiguous light "plane". Hopefully the picture below could help you visualize what I have in mind. The receiver end would have to be able to detect fluctuations of the laser beam at a reasonable resolution. 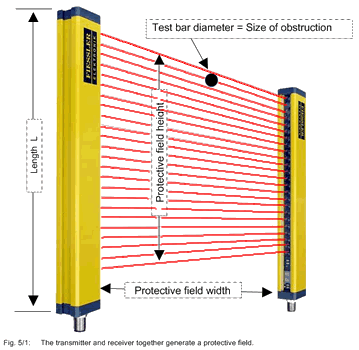 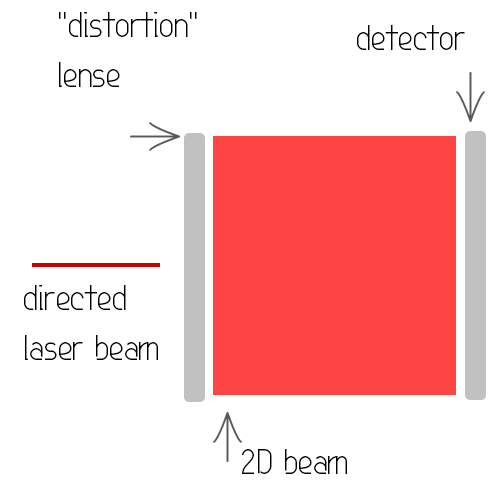 This could be done with a laser (and I'll give you one idea of how), but honestly you will probably be better off with an array of infrared LEDs instead of a laser. The infrared LEDs can be treated in much the same way over distances of a few meters. You would collimate each LED with a small lens and then put another lens in front of the receivers (i.e. photodiodes) on the other side.

If you want to do it with a laser, then you will likely want to use one or more laser diodes. They are cheap and reliable and well suited to a simple measurement like power detection. One feature of laser diodes is that the beam produced by them is elliptical. For many applications this is a disadvantage, but for yours it is useful. The beam coming out from the laser diode will be highly divergent and you will need to collimate it with two cylindrical lenses. This will allow you to keep the beam narrow in one direction while allowing it to expand significantly in the other. Theoretically there isn't an upper limit to the ratio of the two beam sizes, but I suspect that a practical upper limit is ~100:1. 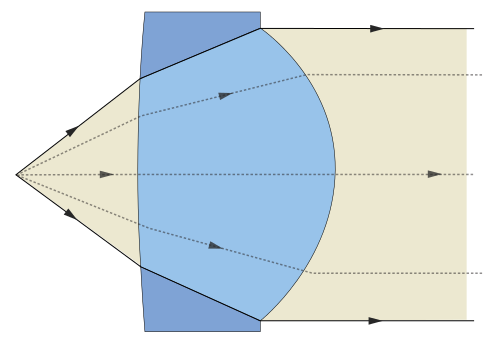 If a ratio of 100:1 isn't good enough for you, then you can use a series of beamsplitters such as I've tried to sketch below. In this case you would collimate the laser and send it in from the top of your transmitter bar and a series of evenly spaced beamsplitters would send part of the beam off toward the receiver bar. They could be made to essentially overlap, but you need to be careful not to have too much overlap lest you have significant interference effects (this is one reason that incoherent infrared light might be better). The beamsplitters would need to have properly chosen reflectivities to give the beams an equal amount of power. 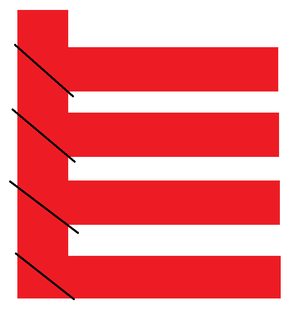 Finally, there is the issue of detection. For this you would need an array of photodiodes on the receiver side. Photodiodes typically aren't that large, so you would need to focus the light down onto each one. This would require a pair of cylindrical lenses which are essentially the same as the ones you used to collimate the laser on the other side.

Rather than trying to have sensors and receivers aligned perfectly, most light curtains pulse different lights and different times and then only look for signals from receivers at the moments when the corresponding lights are on. This greatly eases the need for perfect alignment, but ensures that any object which gets between a sensor and its corresponding receiver can be detected.

Not the answer you're looking for? Browse other questions tagged optics or ask your own question.

3
How can I measure the brightness of a LED?