Save loose soil from erosion on a slope 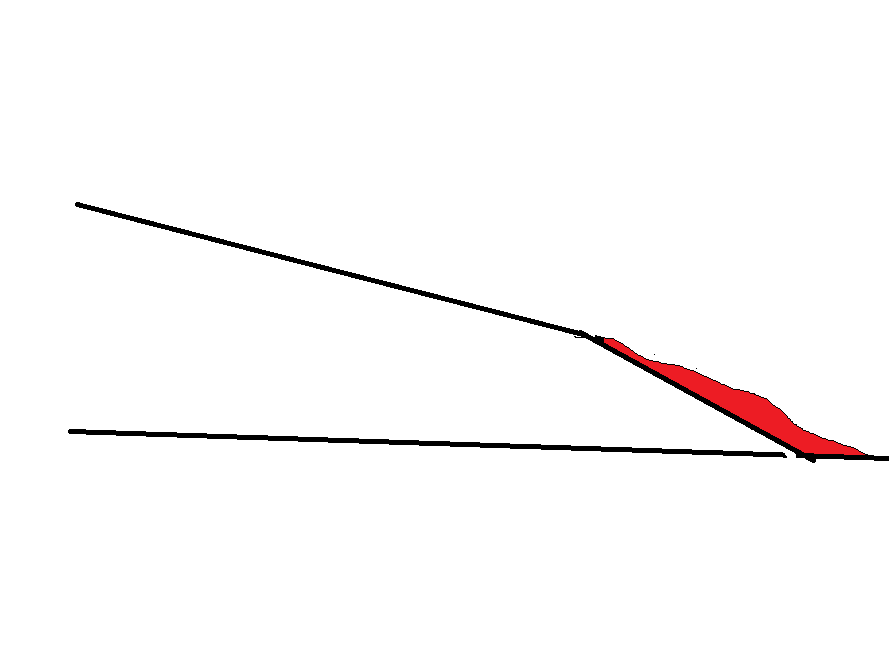 But its monsoon season and rain washed away all my soil as water comes running down slope. In pic red is soil i am putting to level road, IS there way to stabilize this loose soil , so that water does not wash away soil

The key to preventing erosion and soil loss is to slow the speed of the water traveling down the slope during rain events and to keep the soil in place.

One thing that could be done is to construct a retaining wall at the bottom of the slope. This can be expensive and depending on the amount of soil that needs to be retained may require and engineer to design it.

If possible, the slope surface of the soil should be "moonscaped". This involves creating dips and bumps up and down and along the full length of the soil slope. The bumps should be staggered and not line up with each other. This will slow down the speed of surface water on the slope and reduce erosion.

The other thing that needs to be done is to lock the grains of soil in place. This is best done with roots of plants and you may need to go through a staged serious of plantings: grasses, shrubs and trees. Don't just plant trees and expect them to do everything. The roots of the grasses will lock soil near the surface of the slope. The shrubs will lock the soil a little deeper into the slope and tress and even deeper.

After having done all of this, covering the slope with heavy mulch, that will not be carried away by water will also assist in slowing the speed of surface water and help retain moisture in the soil.

Geotextiles and landscape netting can be used to prevent the top portion of the soil from being washed away. Or the slope surface could be sprayed with a mixture of bitumen and grass seed. Once the grass seeds have established themselves, the bitumen will eventually degrade and be absorbed by the environment.

Construction of a drainage ditch, just above the deposited soil will also help reduce the amount of water the soil slope needs to deal with. This could be a dug earth ditch of a concrete/paved ditch, as long as the run off water is directed away from the slope.

Other things that can be done is to place hay bales, or rocks, on the soil slope and on the slope above the deposited soil. These can help to reduce the speed of surface water running down the slope.

If hay bales are used they should be placed in a staggered, off-set pattern, so that long drainage channels, which would lead to the formation of erosion gullies, are not created by the bales.

In Zimbabwe we experience flash flooding due to tropical thunderstorms. To prevent soil erosion, a major problem to farmers on sloping ground, channels are dug on roads diagonally across the surface to channel water away to drainage ditches that open up into fields of crops.

This method was proven most successful by Rhodesian farmers during the flood decade of the 1970's. The specific angle depends on the vertical gradient.

The channel begins as a narrow 10cm deep v in the road centre and expands into a much deeper 1m wide V about 30cm deep to the roadside. The trailing edge angle of the cut is usually 30° to the horizontal. This method of alternating cuts in the surface slows down the surface flew of water and diverts it to specific drainage channels calculated to carry maximum capacity storm water+30%.

Hope this method helps you solve your problem.

Am alternative drainage method is to create large diagonal speed humps that are backfilled with 12-15mm gravel stone across the drive way. The water flows downhill and then slows while being diverted away from the drive slope. This method is employed in many African game reserves on steep gradient dirt roads and is longer term more effective.

First you need to plant some fast-growing, root generating plants and cover the loose soil with landscape netting and shout the whole top with green mulch.

Then you have to create a concrete swale on the top-slope or at least create a berm by sandbags. The swale and or berm have to be leading the rain down in a gentle slope not blocking it like a dam.

10
Soil swelling and mass/volume relationships
8
What is the unbraced length of a pile in soil?
5
Term for double slope from street
12
Low cost, moderately accurate water depth measurement
4
How does excess water makes soil compaction more difficult?
2
Total lateral pressure from clay soil when hydrostatic pressure is also present
3
What methods exist to measure the modulus of Elasticity of Soil?
0
I have a problem in Foundation Slope and steel work?