I have an interlocking set of parts (1 and 2) which are used under vacuum. The last time I used it, the interface was wet with a mixture of water and ethanol. When the vacuum was removed, the two parts stayed firmly fused and no amount of force that I can apply can pull them apart. I suspect I will break the glass neck before I break the connection.

Can anyone suggest some tricks I could try to use to unstick them? I have tried heating the interface, which had no effect, and I have tried lubricating it, but the connection is too tight to allow the lubricant to penetrate.

Here is a crudely drawn picture of the fused pieces: 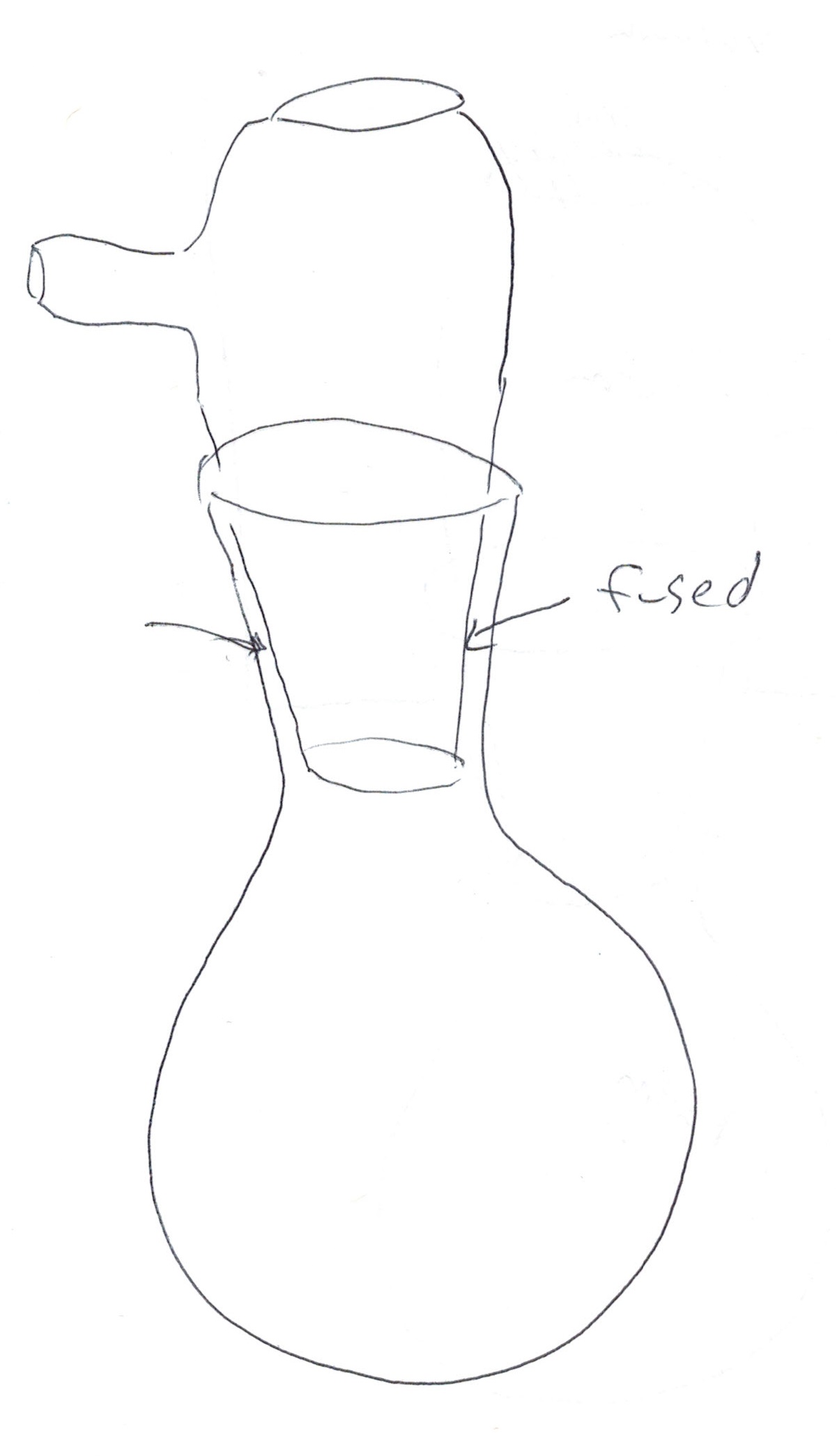 Perhaps, depending on the materials, you could try gently heating one piece while cooling (or at least heat-sinking) the other piece, and hoping that the expansion mismatch will separate them.

You haven't identified the glass types nor their surface quality-- if the interface areas are porous, your contaminants may well have formed physical bonds which are stronger than the glass. In which case, you're stuck (pun intended)

Vacuum bagging is used in the creation of various items, including and especially amateur built aircraft. A suitably strong surface holds the item being bagged. Plastic film is placed over the item and taped to the surface, along with a port for the vacuum source.

Typically, a layer of dacron material is placed over the fiberglass, as it does not adhere to epoxy resin, but also serves as a porous space for air to be removed. You won't be applying resin, but you would want the spacer. In your case, the material would be useful below the item as well.

There are many resources when using "vacuum bagging composites" as a search term. One source I've used in the past is fiberglast.com for supplies.

The following image is from their site: 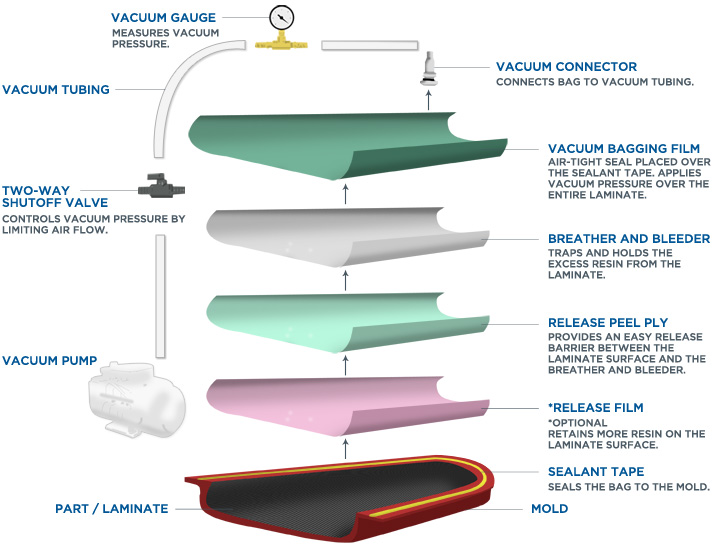 But most of it would not apply to your application.

I think the tricky part would be moving it after the vacuum is in force. Two opposing strings? It would slip under the sealing tape and yet be more easily applied than trying to slide the two parts with hands through the bagging film.

If possible, bunch up the film where you need movement.

Even if the film tears, you would not be breaking glass!

Not the answer you're looking for? Browse other questions tagged vacuum glass or ask your own question.

1
Seperating two glass pieces with a circuit board inside

17
Fracture patterns in tempered glass
0
Vacuum Pump Issues
0
Glass used in biometric machines
1
Tempered glass physics
1
Seperating two glass pieces with a circuit board inside
0
Calculating the Thickness of a Glass Tube which contains a Vacuum
2
Feasability of glass gears?
12
Why doesn't stovetop glass crack from thermal shock?
0
What is the ideal gap between two panes of glass for insulation