Can a chain of nested thermal heat pumps be used to to gain thermal energy out of the environment? 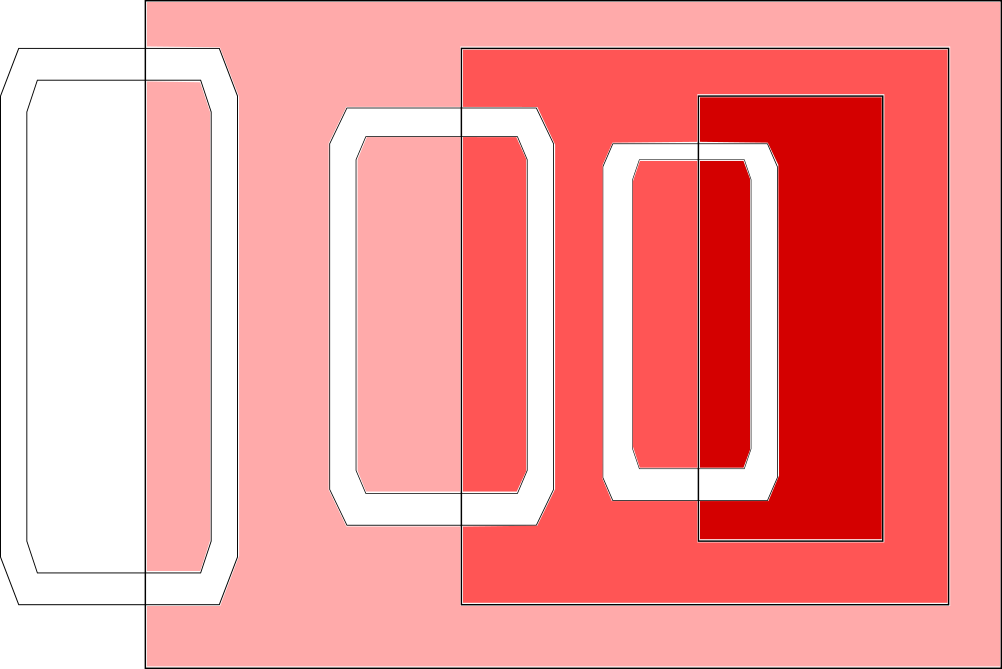 Ts are temperatures; the darker the red, the warmer. The barriers between the areas are isolating materials. The throughput is smaller for nested pumps so that the most inner, hottest area is quite small and heated up slowly in comparison to the out ones. The heat pumps would operate with different fluids suited for the temperature differences. The output temperature (after etc.) is limited by the availability of the right fluid and the construction of a pump which can withstand the heat.

The only question to decide whether such a machine could operate efficiently, i.e. provide more energy than the pumps consume, is how much do the heat pumps consume? I'm searching for figures to estimate the consumption of thermal heat pumps (let's assume they're electric).

I'm pretty sure that it's not a perpetuum mobile of the second kind because the system is fed with the energy taken out of the cold air which leaves the first (left) heat pump.

The figures for the energy consumption would show whether such a machine can be constructed and provide (heat) energy rather than consume more than it provides. Example use cases would be geo-/climate-engineering and production of electricity or heat for heavy engineering.

It helps me to look at the gas laws and think of it as joules rather than temperature. Put it into a spread sheet and see what happens. But, I am no physics and I don't know what I am doing wrong.

There are many mechanisms other than a traditional heat pump which could perform the desired function if it were efficient.

Another thing to consider is that you need a steep thermal gradient in order to get close to the 45% theoretical max extraction. So, why just go hot? Why not go hot and cold? I am switching to Celsius now but if it were 20 degrees outside why not go up 100 degrees and down 100 degrees. So, you have a 120 vs -80 which should be sufficient for say an ethanol filled heat engine. It should be easier and more efficient to not just move thermal energy from one environment to another but instead separate the thermal energy from the two environments.

Anyhow, did you ever get an answer?

First thing, is that heat pumps require external energy input to run. If you don't believe me, go look at your refrigerator or air conditioner. Both of these are heat pumps, and I guarantee that they are plugged into an external electricity source, and will cease to function if unplugged.

The second thing is that just generating hot air does not automatically get you energy. You need to extract the energy from that hot air using a Heat engine. This could take many forms. E.g. a stirling engine might work well here. Note also that the heat engine must have not only a source of hot air, but also a source of cold air too.

Now I know what you are thinking, that you can just use the energy E2 extracted from the heat engine in order to drive the heat pump. But the problem is that E2 will always be less than E1. You need to put more energy into this system than you will get out of it. Therefore, this system does not produce any net energy.

1
Can it be more efficient to pump heat into warmer water than cooler air?
4
Can I control latent/sensible heat changes in a counter-flow, induced draft cooling tower using climate?
3
Is it better to heat a heat pump evaporator or the load directly?
3
Why is it more common to use ceiling fans instead of air pumps?
2
Why not drive an air source heat pump domestic heating system with an auto engine?
0
Save money with using a refrigerator correctly - blowing cold air to the back of it?
3
How to periodically shut down a recirculating hot water solar thermal system
1
Calculating final temperature of humid air and cool stone
1
Kitchen fridge thermal power and COP