I have a high sleeper in my room (width 3,70m, length 4,50m, height 3,30m) consisting of one large plane (yellow) and one window (darker grey). The plance leaves about 80cm space to sleep. The door (not visible) is under the plane and should be irrelevant because it remains closed over night. 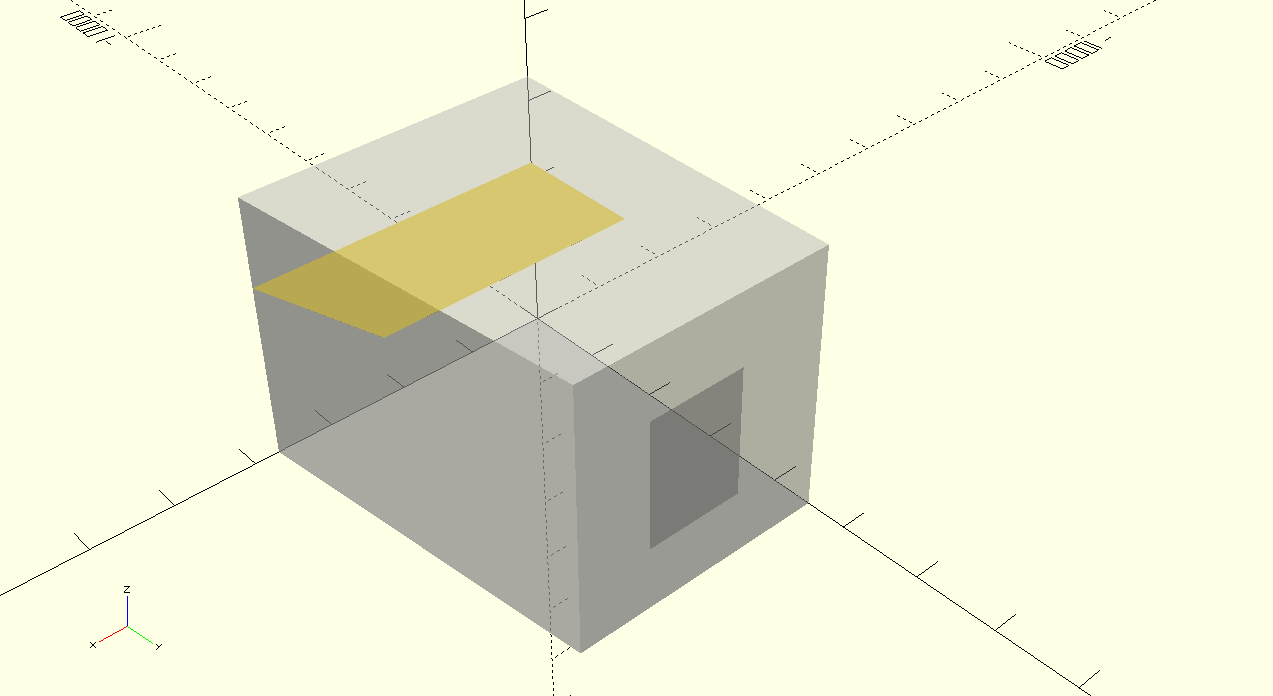 The space between plane and ceiling tends to get hot relatively to the room temperature because warm air rises up. Opening the window (tilt or completely) is not a problem, but the cooling only has a small effect close to the floor of the room - without moving air/wind -, and as good as none under the ceiling for hours (when I wake up at night an go down from the bed and up again I feel a significant temperature difference).

Therefore I'd like to transport cold air from outside inside the room to create a stronger/faster cooling effect. I'm considering a system with multiple small vents. Which direction of airflow would be advantageous? Blowing warm air outside? Sucking cold air in? Laying out airflow in a line (e.g. from window to bed) or in a circle? Directing the airflow close to the ground or the ceiling?

I'm renting the room and can't change the door, window or floor. The door has no joints and leaves some mm gaps at all sites. The ceiling in the build are old wood constructions which at least lets warm air pass very well in winter (I don't have to heat in the early winter because my neighbors below do that).

Construction of supports, ducts or else is not a problem because I have access to carpenter tools and expertise in the neighborhood - nor is the look of the installation/making the installation look nice. I want to figure out the engineering aspects of the setup.

I would recommend a modification Phil's answer: airflow is almost always better when the fan is exhausting to the outside - fans don't "like" back pressure and work most efficiently when dumping to an open area. So, use a fan in the window to push air out, and fill the rest of the window with an inlet duct which is routed up to your loft.

This way, there's no other (I hope...) inlet source so all the replacement air is directed at your loft volume, and the fan operates at max efficiency in removing the warm air from the room.

Air hates to flow into corners, even if there is a fan. A thermally stratified box is about the most obstinate thing there is to make comfortable. The best solution would be to run a small duct against the wall from the floor up through the sleeping loft floor near your feet and on up another 40cm. Something like 5cm x 20cm. Use a fan to push air up the duct. It would be best not to slam the intake right in the corner of the room. Then use a decent window fan to create air exchange through the window. Decent window fan is 50 dollars. Decent duct fan is 35 dollars. The duct can be made out of scrap, or 10 dollars worth of thin plywood.

From a simple physics perspective, please consider the following. A fan or blower located in or near the window will pull cooler air into the room. Ideally, you have to have a means to exhaust the ambient air, allowing such airflow. This would require an exhaust portion in the window partially separated from the fan. As you've noted, hot air is in the upper portion of the room, making the top of the window a better location for the exhaust feature, either passive or another fan. This means the answer to your question about which direction is better is that both are required.

The difficulty arises in splitting the airflow. It is practical to consider that the incoming air will shed some momentum and reverse course and exit the upper portion of the window.

Your best solution may lie in the ability to create baffling to direct the airflow for your comfort. A baffle could be something as simple as a lightweight wooden frame covered with paper, easily moved, not particularly expensive. Use the baffle(s) to split the incoming air, specifically around the area of the sleeping plank.

If your budget allows, small (personal) fans attached to the baffle frame can be used to further guide the airflow to provide assurance of comfort from the cooling air.

For a living space, it seems impractical to create and install ducting from the window to the sleeping area, although such a construction would provide for the greater temperature management.

If your living space allows, suspending paper frame diverters from the ceiling on light rope or strong cord would also allow for vertical management of the airflow. Such an installation could be "dressed up" as an art piece improving the overall appearance.

Even if you lack the materials or tools to construct a light wood frame for paper, you should be able suspend from lines some paper panels to help direct airflow. Folding the edges over and applying glue will create some stiffness. Adding a layer of inexpensive cardboard would improve this, especially if the cardboard was attached edge-on to the paper with the corrugations appropriately aligned to enhance stiffness.

Obviously, if you are unable to suspend from the ceiling any of the constructions, another method must be considered.

The foundation of all this mindwork is that you have to have a means of moving the air in and moving the air out and keeping the two paths separated and aimed in the desired directions.

EDIT: additionally, you can have a bit of fun at the same time as determining the usually invisible airflow. Purchase a helium balloon of mylar construction. Ordinary plastic balloons have a too-short lifespan for this aspect of the project.

Attach to the balloon string as closely as possible a paper cup. Either cut the excess string or place it in the cup. Add easily removable weight to the cup until the balloon neither rises nor falls. In the past, I have used balled up pieces of newspaper. Also with a foam coffee cup, one can break off small sections and return some to the cup as required.

With the balloon in a neutral buoyancy state, it will follow airflow in the room quite well. The above configuration should be performed when the windows and doors are closed. When your selected airflow director system is in place, the balloon should be manually placed in the incoming air. It will show you clearly whether the airflow will reach the sleeping area.

If you discover, for example, that the airflow diverts under the plank or to one side or another, you will know with more certainty where to place a diverter.

Not the answer you're looking for? Browse other questions tagged airflow temperature building-physics air or ask your own question.

17
What is the most efficient means of warming a building with a high ceiling?
4
Where to place fans for maximum effectiveness in sharing air conditioning between rooms?
1
Cooling an aluminium plate
0
Room with computer racks, with or without ventilation
2
Cooling with fans in narrow space
0
Defining fresh air rates for sizing heating coils
0
Save money with using a refrigerator correctly - blowing cold air to the back of it?
0
Extraction Fan Setup
0
Cooling airflow calculation