Is the reliability of automotive sensor technology impeding the success of self driving car?

The reality is that sci-fi KITT is almost here. 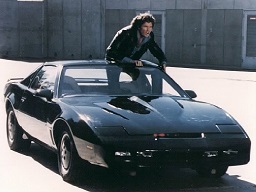 Recently I read articles Delphi car driving itself across the country as well as Tesla cars will be self-driving this summer. As of 2013 four states (Nevada, Florida, California, and Michigan) have enacted some type of legislation to permit autonomous vehicles. This indicates legislators recognizing the emerging technology. 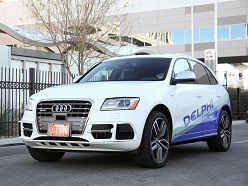 Also these autonomous vehicle have many sensors to gather data real-time which are processed by complex software algorithm. Radar technology is one such used in front and rear cross traffic alert systems. 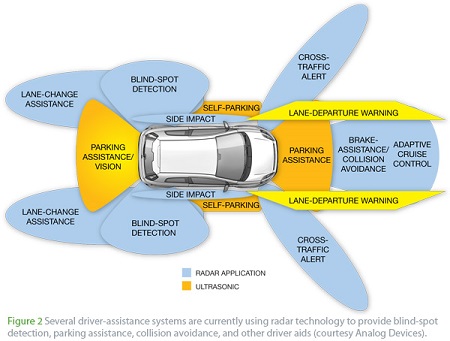 Among the many potential advantages, few traffic collision is one of them. Likewise there are many obstacles too. Among them are disclaimer such as the one by Toyota "Do not rely exclusively on rear cross traffic alert or blind spot monitoring systems. These are driver assist devices and are not a substitute for safe and attentive driving "

It's hard to know what all of the remaining technical obstacles are. Most of the obvious technical challenges have been solved already for a single self-driving car in amongst human-driven cars. If self-driving cars were to become normal, this raises some possible unknown issues:

My personal opinion is that as self-driving cars become more widespread, we will need to use 'passive' sensors (i.e. cameras) a lot more and infer the environment using image processing (computer vision) of visible light and other (non-visible) electromagnetic radiation where appropriate. While it may be possible to filter out interference, prevent interference with other (non-cars) equipment, protect against deliberate signal manipulation, etc. I think that computer vision will ultimately be the simplest and most reliable way for the car's computer to 'see' and understand its environment.

The technical advances needed in this area are mostly related to parralelisation of processing multiple inputs in a timely fashion. Standardisation of output from processed images (such as stereoscopic depth analysis, material/texture analysis, object recognition and tracking, etc.) will allow for more modular and parallelised systems as well as interoperability with off-the-shelf components of a larger system. Using more than two cameras for radial depth perception rather than the standard two-camera stereoscopic analysis. These are some of the advances needed, if computer vision will end up being the primary input for self-driving cars.

Current sensor and computing technology permits a vehicle to be operated statistically safer by a computer than by a human.

"Statistically" is the key word here. Every day there are situations where someone will die in a car accident regardless of the decision making involved. Neither humans nor computers can see the future. The difference between the two is the human is socially permitted to make mistakes while a computer is not. If we truly want safety we should be building track based transportation systems where physics, not computers, ensure that collisions do not occur.

Your Toyota reference for example stated "Do not rely exclusively on rear cross traffic alert or blind spot monitoring systems." because the driver is the permissible liability; the scapegoat so to speak. No company is going to take responsibility where it doesn't have to; especially when a human still has partial control of the system.

Liability will be the largest obstacle to autonomous vehicles. 92 people died every day from car crashes in the US in 2012, but the blame was easily socially distributed to those individuals involved. If google or some other large corporation sells an autonomous car to everyone in the US and it only killed 1 person per day, people would be outraged, sue, and shut the whole operation down.

Not the answer you're looking for? Browse other questions tagged sensors automotive-engineering or ask your own question.

1
Can sensors detect objects 200 metres away?
53
Why do cars have mirrors for rear view rather than cameras?
1
Why are automotive brakes set inside the wheels, and not on the axles?
1
How to increase the sensitivity range of MQ3 Alcohol sensor?
0
Deriving the First order response of a sensor
2
Can lamda sensor 4.9 be used without the special LSU-IC?
2
Can a sensor tell the difference between gravity vs. acceleration?
2
How do automotive engineers determine the manufacturer rated towing capacity?
2
How can one make the beam angle smaller on an ultrasonic sensor?