Finding the displacement in a truss using energy method Question

I've been trying to revise for an upcoming final so I am solving problems from the previous chapters.I've been wracking my head on this for a while (about 1-2hrs) but I just can't seem to get it. 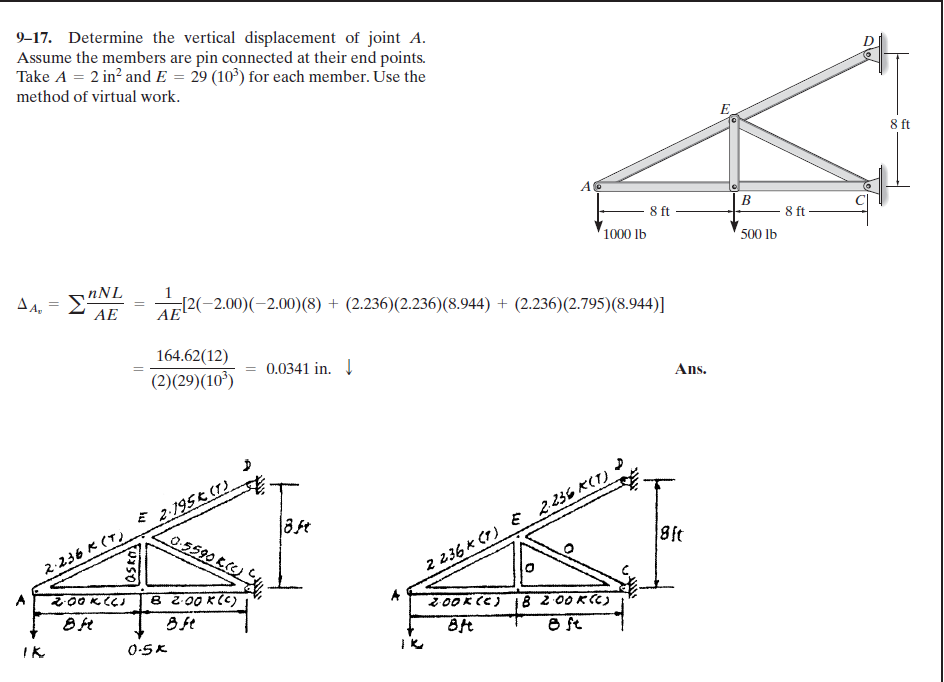 For some stupid reason I can't figure out why Member CE is 0 in the virtual loading, shouldn't that pin at C have a vertical reaction of 1. That would mean the summation of the vertical forces at joint C would be something like this Fy=1-FCEsin(26.565)=0. Failing at method of joints is very depressing to think about with the upcoming finals :/. Of course, the solution manual is no help it already assumes any scrub can solve method of joints. Can you help me out :|

Consider the geometry. Horizontal forces on the bearings can not be determined with forces and moment equilibrium, but you can determine the vertical forces!

From there, calculate those forces in the beams, which you are able to calculate.
Note: Those little green triangles you see are the forces in the truss members, split up to horizontal and vertical. That way you can avoid using nasty decimal point numbers. (To get the absolute value, you can just use our fellah Pythagoras' formula) 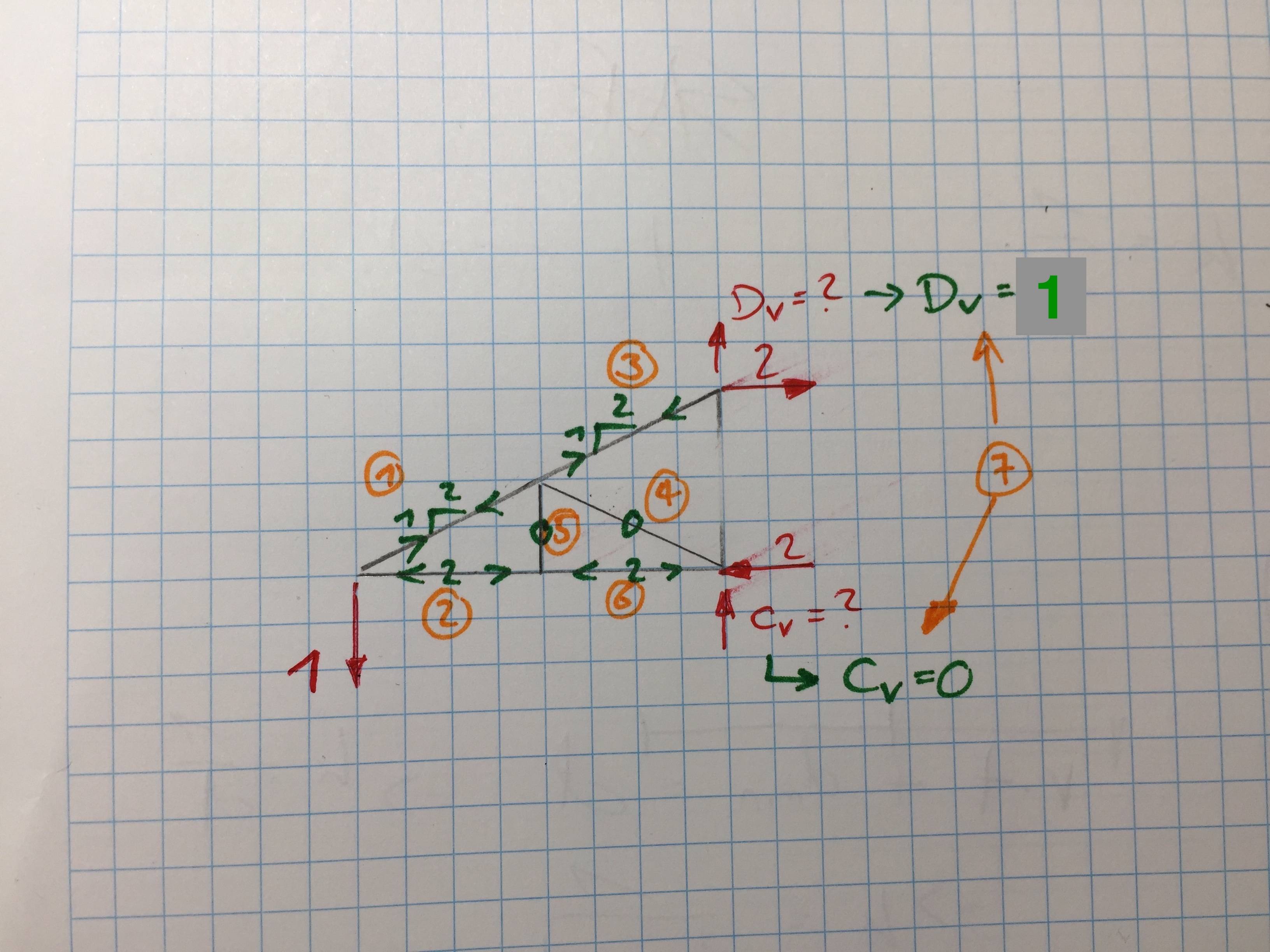 You're asking about the virtual case which only has the 1 kip load, so that's what I'll answer.

Since AE's horizontal component is 2 kip, we know that AB is also 2 kip.

Now for node B. This has beams AB, BC and BE. We already know AB is 2 kip (horizontal), and since BE is vertical, it can't absorb any of this load (it therefore suffers 0 kip), leaving all of it for BC, which therefore is also 2 kip.

Now for node E. This has beams AE, BE, CE and DE. AE we know has a resultant of 2.236 kip and BE is 0 kip. We therefore need to figure out how to split AE's force between CE and DE.

However, this is actually also trivial. Look back at what we did for node B: we saw that one of the beams (BE) could only resist vertical forces, of which there were none, and we could therefore conclude that it suffers 0 kip. This case is identical, other than that it is rotated. Imagine for this case that the X-axis follows the line A-D, and the Y-axis is perpendicular to that. What you'll see is that AE and DE only work on the X-axis, while CE has a Y component. Since it is the only one with this component (since we already know BE is 0 kip), it can't be cancelled out. Therefore, for this node to be in equilibrium, this component (and therefore CE's entire resultant force) must be equal to 0 kip.