How to analyse a frame of a machine?

I am bit confused in considering the methods to apply for designing.

Consider a machine, which as several parts mounted on the frame (frame is of any sectional shape for exampe: ´I´ section). Let the length and width of the frame is 2m and 0.6m respectively. Here the Distribution of the masses of the different components on the frame are eccentric in nature. And the machine supports at the four cornes which is similar to the support of the chair.

My question is, how do I calculate the deflection, bending moment, shear stress etc of the Frame or whole machine due to the Forces acting on it.

Since the Forces acting here are eccentric and not exactly on the beam, I think it is not possible to solve it by using Beam theory. 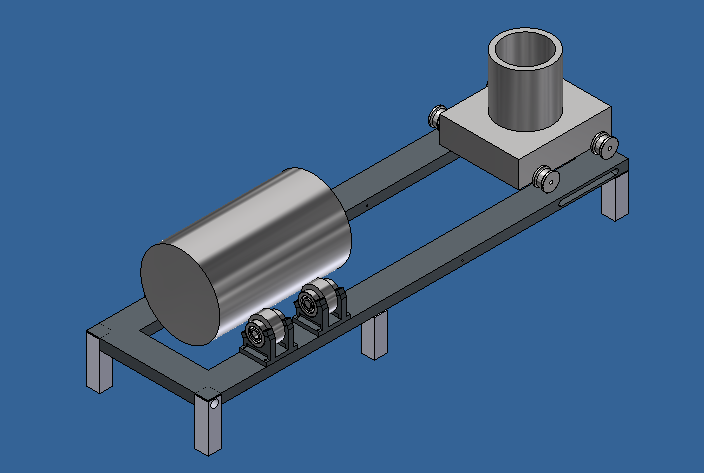 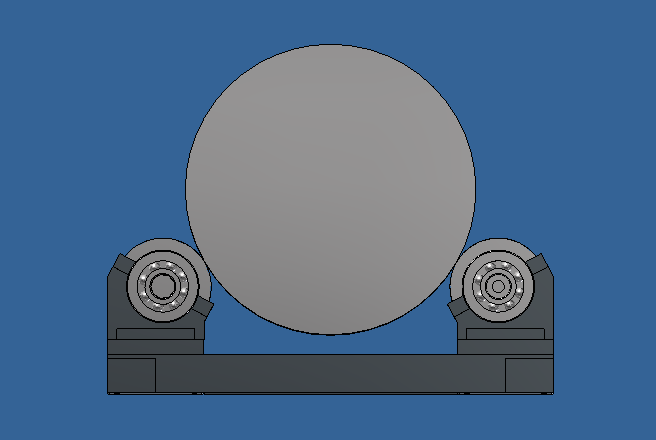 So, could anyone suggest me how to carry out this problem to solve it analytically. Or any advices on the study of any related topics are appreciated.

This case can be easily considered using standard beam theory, though analytical software will make things much easier by letting you use offsets.

The load from your equipment will be naturally transferred to the frame. This can be understood by imagining the equipment (or its own support structure) as additional transversal beams on the frame, such as below: 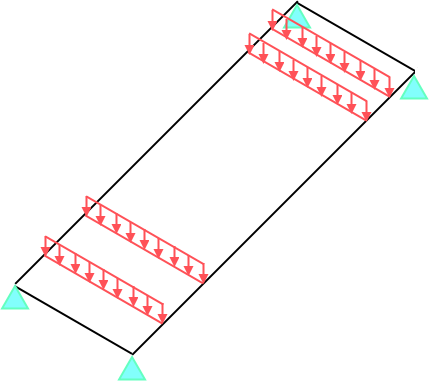 This implies that the equipment (or its support structure) suffers bending moment, which may or may not be transferred to your frame (as torsion) depending on how the connection is made (whether the connection can be considered pinned or fixed).

As mentioned by @mart's comment on the OP, there's also the issue of the supports being off-center. This will undoubtedly lead to torsion on the frame, but this can also be easily modelled with offsets.

Lets handle fore the sake of illustration just the horizontal cylinder being supported by four rollers and later we can add the stresses caused by other parts and superpose all of them.

Lets assume the cylinder weighs 400lbs and is touching the bearings at 45 degrees angle, and is not imposing an dynamic loading, or else we need to refer to its manual for dynamic load factors.

Say the arm of roller bearing is 6inch high and 2 inch in. So we have $$ 6\times 141 = 846 \space lb.in \space - 2\times 100 =646lb.in$$ total clockwise torque to the right beam at each bearing and symmetrical torque at the left beam supports. This causes torsional stress at 2 points on the beam, which we can calculate, given the beam's cross section.

Now we go back to vertical cylinder on the back of diagram. That part can slide back and forth so we have to consider the influence line momentum and shear. But in this case for simplicity we consider the bending moment when the part is at most critical position at mid span and shear when it is at either support.

So now we can apply all the loads at their proper offset from the start of the beam and calculate bending moment and shear and torsion for a two span continuous beam.

I usually use factor of safety of 2.8 for these situations in the absence of a code load factor, but as we said this was just an illustration. Most of the compressors and moving machines have recommended design charts for foundation and support.