Materials to use for a low friction cable-pull

I'm posting this question on this stack-exchange site, because it appeared to be the one made for this kind of questions. If this happens to not be the case, I'm sorry, I didn't know better. Also forgive me any issues with terminology (or point them out to me), I'm not an engineer.

I want to build a music instrument (I won't go into details here, because I think it's not necessary). In this instrument there will be keys (in the picture I drew, the keys are the blue boxes, as seen from above. The Black arrows indicate the directions in which the keys are movable). If a key is pressed (which means "moved up" in the picture), I want a little string to be pulled. The rope is drawn with black color, and one can see the way it is attached to the keys. The red circles are supposed to be the bars that will press the string out of its equilibrium position.

In the picture, the middle key is pressed, and the string is elongated because of this.

My question is: What materials should I use for the string AND the bars, to make the string glide on the bar as friction-less as possible?

Some additional information:
There will be 20 keys, and the distance they move, if they are pressed, is 5 millimeters. The string can't be thicker than a thick guitar string.

My initial thoughts were to use fishing line, and make the bars out of brass. But maybe there are better options to use.

The string isn't vibrating, and it won't be the thing to be responsible for the sound. Maybe I should have written "rope" instead of string. The purpose of the strings seen is to activate a little switch, when the key is pressed. To accomplish this, as the keys are pressed (and move), the string will be elongated, as it slides over the red bars. The ellongated string then pulls a little switch.

It is to say that there is some tension on the string (the switch effectively raises one of the vibrating strings, so the force acting on the non-vibrating strings is roughly the same force it takes to pull a guitar string out of its equilibrium position). 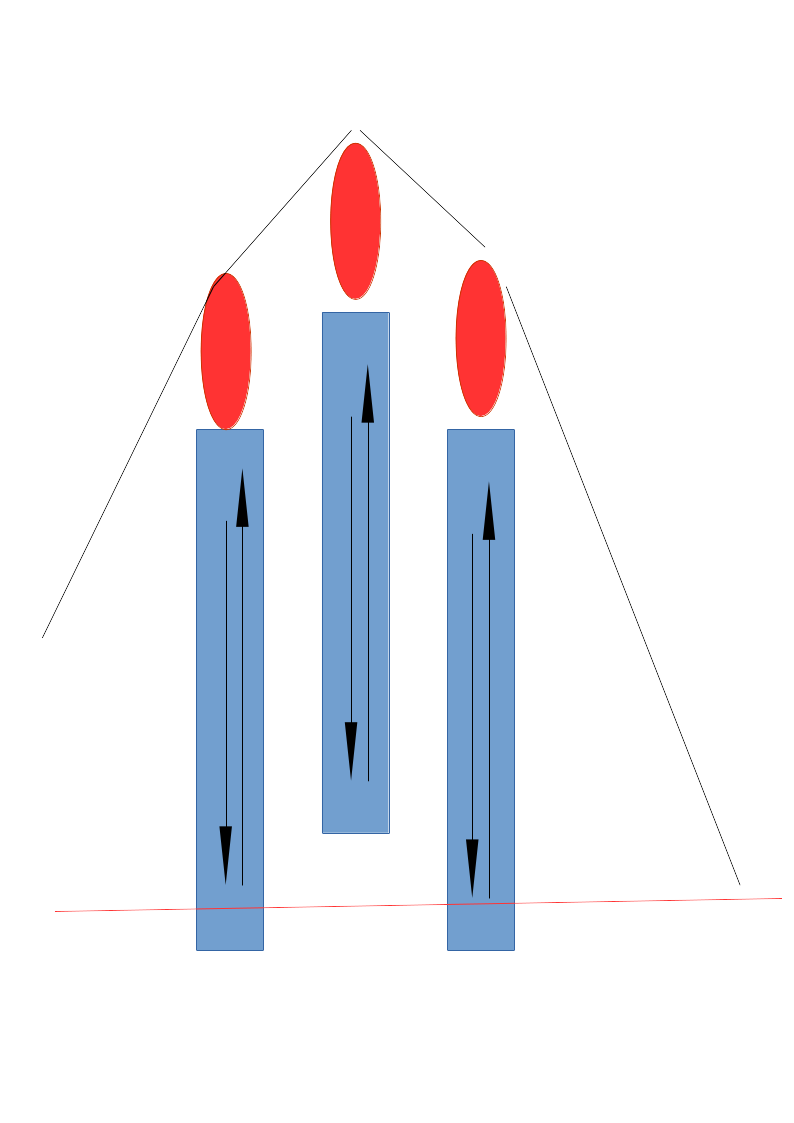 Brass has a good balance of wear properties and ease of machining which makes it popular for this sort of application and it is also reasonably easy to get hold of.

For the string there are a few options Dyneema has very high tensile strength and is very slippery and other polymers have comparable properties, kevlar, polyester, nylon etc.

Polymers have the advantage of being relatively soft and so will have less issues with wearing the contact surfaces.

Probably a key characteristic will be the tensile stiffness of the cord. Steel is significantly stiffer than most polymers, especially braided cords and this will almost certainly affect the feel and responsiveness of the keys but what is 'good' in this context is hard to judge.

What sort of tension would be on the strings. For fishing line, I would suggest high density polyethylene. If you want to reduce friction further, keep it dusted with talc. (I used to use talc to lubricate my slide rules.)

Moderator please delete this answer and make it a comment.

Not the answer you're looking for? Browse other questions tagged materials friction or ask your own question.

5
Scratchless Glass against steel
3
Suggestions for low friction surface materials for a "beltless static treadmill"
2
Good material for friction disk for a torque hinge?
0
Friction factor for wormgear design materials
2
How to add friction to a rope without using abrasion
0
Polypropylene material characterization
0
Examples of Materials with a Coefficient of Kinetic Friction Very Close to or Equal to Coefficient of Static Friction?
0
How to create a friction-based cable exercise machine?