I'm trying to build my own weatherstation for my home, I want to measure temperature humidity and wind strenght and direction. For the wind I have a question. I want to measure the wind with a ball on top of a stick (schematic), and measure the bending of the stick with some strain gauges. Is this possible or just a crappy idea. And what material would I need for the stick that it bends for low wind forces too? 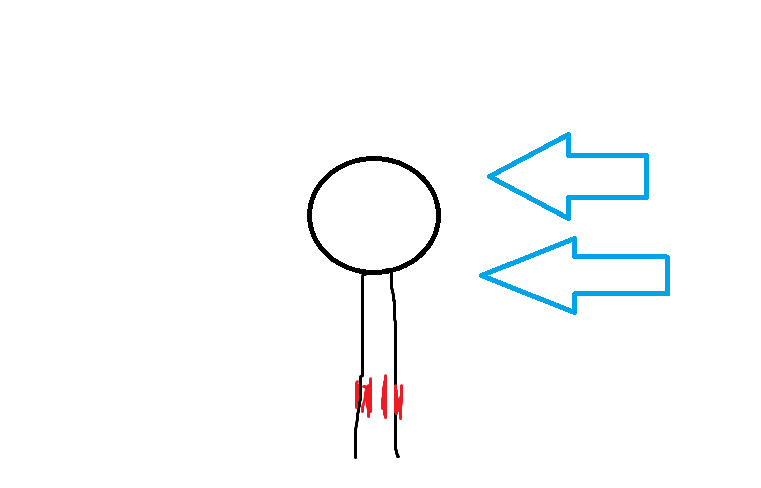 There may be other designs from which you can select, but I would consider a mechanism that does not depend on a specific material bending, especially at low air speeds.

I suggest this, because a light, easily bent material may snap at higher velocities, while a stronger one may exhibit insufficient bending at lower speeds.

Consider a design in which a material of sufficient strength, perhaps aluminum has a hole drilled through it. This plate can be of any outer shape but should have a thickness to allow pressure sensors to be attached to the inside surface of the hole.

Instead of a plate, one could use a strong piece of thick walled aluminum tubing of a length that would support these pressure sensors. Placed at eight equally spaced locations on the inside wall of the tube, they would provide pressure information to your device, which I envision is something like an Arduino or Raspberry Pi.

This pressure sensing tube would be placed as near as possible to your sphere, while the sphere is mounted on another piece of lightweight tubing nearly the same diameter as the sensing tube.

The opposite end of the sphere tube should be some distance away to reduce the angle of contact between the two tubes. Consider it as a lever. Long levers have small angle changes compared to short levers. The best circumstances should arise if the inner tube is a fraction of a millimeter smaller than the diameter of the sensors within the outer tube. This reduces point contact on the sensors, reducing the possibility of damage. 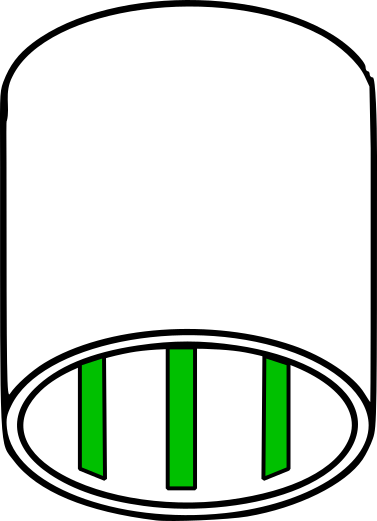 By having many sensors inside the tube, you can do more accurate direction locating and pressure measurement. If your sensors are not strips but are instead short button types, the surrounding tube can be shorter, of course, but should still remain as tightly around the sphere tube as possible. 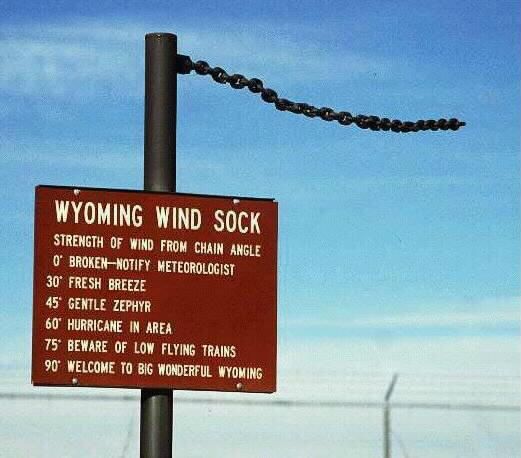 While just a bit over the top, using something like this with somewhat lower density materials may be effective. Doesn't turn in to electronic measurements readily.

I have seen simple wind guages that had a flap pivoted on one edge, and the angle from vertical was calibrated with wind speed.

A comment above is certainly correct: A round pole will shed vortices and will require some post measurement tricks to get a reasonable number out of it.

You might be able to derive wind speed from the oscillations set up by the vortex shedding. Another method that is fraught with calibration issues.

You also may find that at certain wind speeds you get resonances that turn your flexible pole into so much debris, or give wild answers.

If your goal is to make a wind measuring device without moving parts, you might be able to rig something with timing ultrasonic pulses on a round trip cross wind and up/down wind. I bet you could get within a few percent with two sets at 45 degrees to each other.

I like the idea above, however I also like the idea of a bending poll. It could work. You'll need to pump electricity into the poll and measure resistance. Essentially, as the poll bends, resistance would increase. Setting the limits might be a bear. Never tried something like this, but you could theoretically gather the information needed. At 0 mph u see 0 deflection, with Cu possibly, u see 0 resistance. At 300mph the rod is at 90 degree, and you see resistance at half. Just an estimate of course, again this is theory. Could work however.

4
Can we build a tool that measure curvature on an arc?
2
How to describe or call this part?
0
Strain gauge placement to measure a twisting beam
1
Can strain gauges radially be mounted on 8 mm diameter shaft for torque measurement for effective result?
0
How can I measure the coefficients of friction of pulleys?
0
Small water pump powered by wind turbine : what type?
0
wingrotor rpm regulation; wind turbine regulation mechanism how it works?