Why regenerator "wheels" in a turbine engine?

Back in the early 60s, Chrysler built a turbine car powered by a turbine engine it had under development.

An interesting feature of the engine was a regenerator system to recover heat from the gases leaving the power turbine, using this heat to preheat the air on its way from the compressor to the combustor. The benefits of this were to improve fuel efficiency and reduce the final exit temperature of the exhaust. The regenerators involved some sort of rotating disks which somehow transferred the heat as they rotated. There are diagrams/animations depicting the gas flow through the engine and (generally) heat path through the regenerators, but in some ways they don't seem to make much sense. 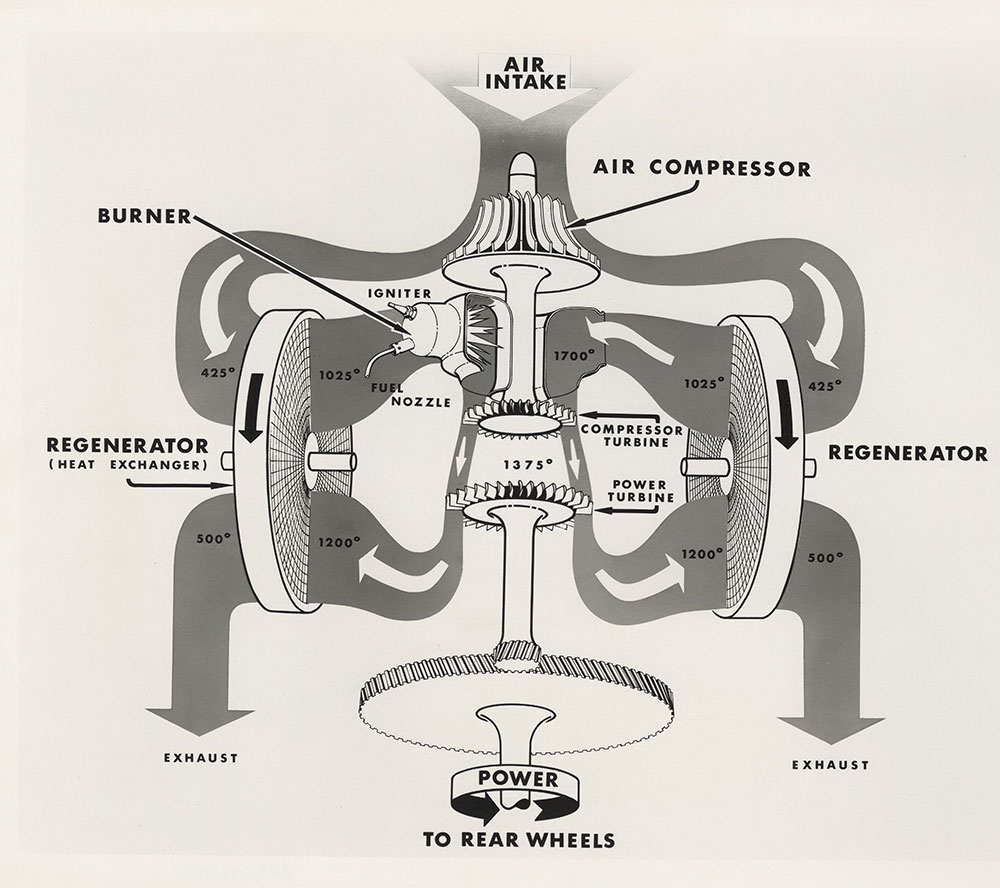 My question is: how did the regenerator setup actually work? How was the compressor output air (60 psi?) put into contact with a rotating(?) hot surface without the pressure leaking air away to the exhaust? Why would a regenerator need moving parts at all? Could it not just be a system of tubes within tubes?

The main advantage of a rotary regenerator is that you can pack a lot more surface area into a given volume than with a shell and tube type device important for gas-gas heat exchange where heat capacities and heat transfer coefficients tend to be low compared to liquid-liquid. This obviously has advantages for packaging a turbine in a car.

Essentially they have a fine matrix of eg wire mesh which gets heated as it passed through the hot stream and cooled as it passes through the colds stream so you are basically heating up one part and moving that hot part to the cold side. A good analogy is if you have a bucket of hit water and a bucket of cold water you stick a copper rod in the hot bucket untill it gets hot and then take it out and put in in the cold bucket and repeat. A rotary regenerator is the same principal but continuous.

Not the answer you're looking for? Browse other questions tagged energy-efficiency turbomachinery or ask your own question.

1
In what order turbojet engine parameters are calculated?
1
Does the turbine outlet affect the power generated by the turbine ?
0
Thermal efficiency affected by hertz (Gas turbine)
0
How to calculate actual efficiency of a steam turbine
4
Tesla's Turbine in Real Life
1
Efficiency of an engine
2
What gives gas turbine/turbojet engines such high energy density?
3
What are some technical problems with generating electricity using a gas turbine or combustible engine at a gas flaring site?