How to regulate torque/RPM on an IWD vehicle 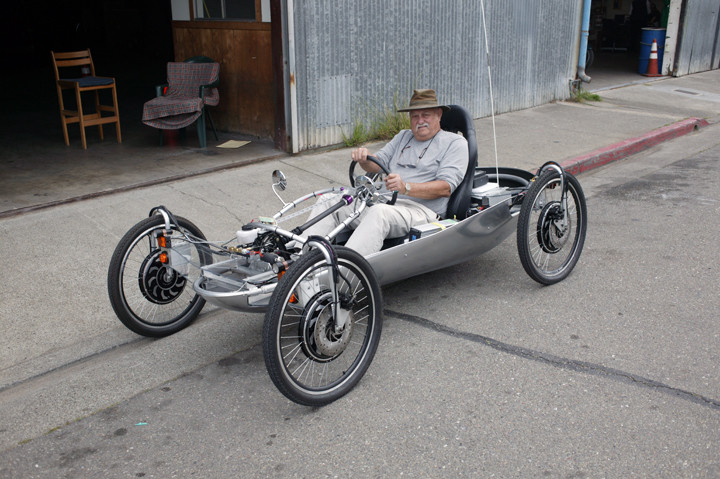 I am also wondering what happens when one wheel temporarily leaves the ground (e.g. in some off-road scenario). Wouldn't it start spinning very fast in the air, without contact with a surface?

As a programmer, I could imagine some Arduino-based "software differential" for the front wheels, which will regulate the RPM on the wheels based on the "steering wheel" angle, but I don't know how to do the same on the rear wheels.

Also, using an Arduino in such projects doesn't sound very "bullet-proof" but a car, especially such an important thing as engine RPM/torque regulation, needs to be "bulletproof" even as a DIY project, so I am not convinced that this would be a reasonable solution.

How it is possible to solve the independent wheel drive problems in the simple DIY world?